In November (2021), you authored 55 top level posts comprising of 255907 characters. You also entered 116 comments onto the Hive blockchain totaling 18718 characters of text.

You used 6 different categories for your content and hive-167922 was the most popular, chosen 41 times.

The post titled Splinterlands VOUCHER received as INDEX Dividends worth $10 earned the most comments with 33 replies.

The post shared with the community the most was tipping-rewards-an-amazing-option-for-rewarding-engagement-a-case-of-alive-and-pizza-tokens which was Re-blogged 5 times.

In November, you cast 986 votes, 0 of these were downvotes, and 32 votes were cast to self.

Your average vote weight (to the nearest whole number) in November was 36%.

You spoke to achim03 the most, leaving 11 comments and salvadornkpara spoke to you the most with 21 comments.

You upvoted uyobong the most, 32 times, and chose to issue 0 downvotes. 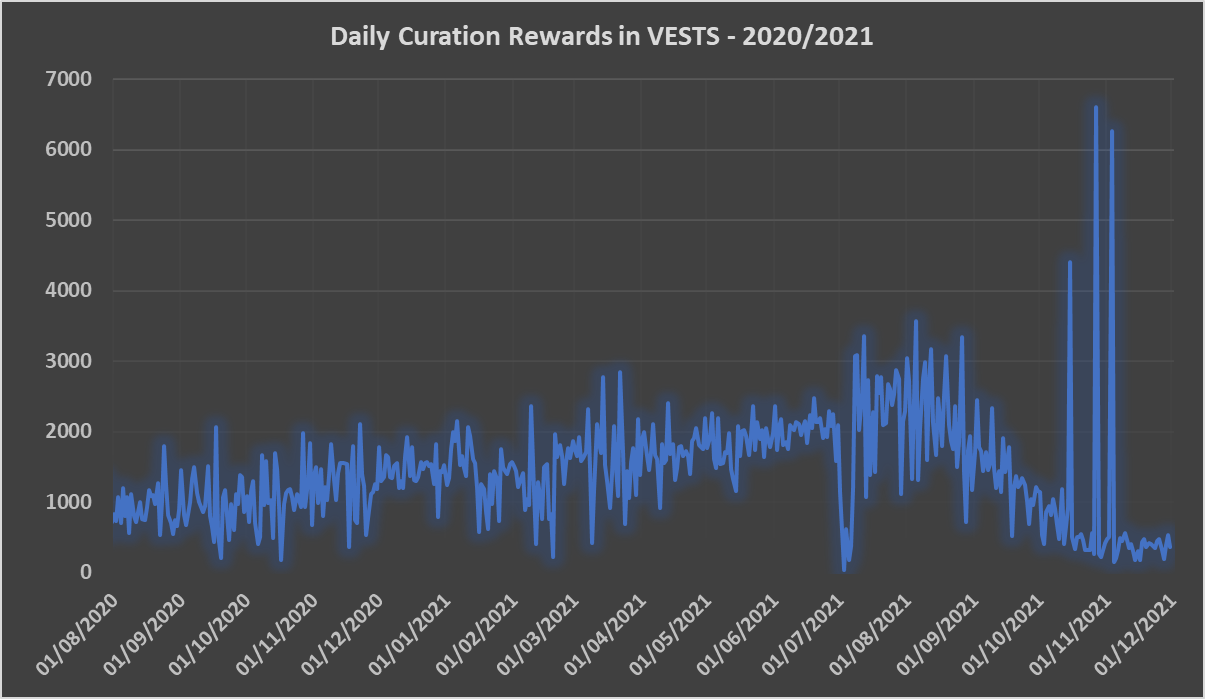