This is a special edition of the CTP Swarm report to inform you that our friend @bradleyarrow has managed to become a dolphin today!

This means that we have now 10 Dolphins in the CTP Swarm.

We have reached one of our big goals but hey, let's continue and go further! There are more and more people who have passed 3000 HP and I believe that we need to help them as much as possible to reach Dolphin hood as well.

We have reached a goal but it was only one step towards the top of the mountain!

I believe that @bradleyarrow really deserves to be where he is today. His dedication and hard work allowed him to reach his goals at high speed. Check-out this post by @clicktrackprofit.

Since @bradleyarrow is now a dolphin, he won't be receiving upvotes from the @happyvoter account any more. His spot will go over to @elizabetamt who is 17th of the ranking.

The CTP Swarm Booster is continuing to grow

The Hive Power of the @ctpsb account passed 24k today and the token value is now at 1.047 Hive. As @invest4free wrote in his post, for many of our posts the @ctpsb is giving one of the most powerful upvotes. This allows us all to grow together. The bigger the account, the faster we grow!

Woo hoo!! We all did it! Such a great victory - so proud of everyone! Great job guys and thank you @achim03 for highlighting all of us in the ways that you do. :)

It's time to celebrate... before we continue with the next mission ;-). Let's get 15 dolphins by the end of the year!

What's the best community on hive...??? Let's go to 15 dolphins and preferably before the end of the year!

Congratulations on growing your team's pod. A group of dolphins seem to be very effective at curating and promoting together. I would like to become a dolphin soon although I have just started posting on Hive regularly. Can someone new join your group or is it a closed team?

It's open to anyone who wishes to join. You are more than welcome! :)

We are always happy for new members to join the CTP swarm. Thanks for stopping by!

@slackerman 58
about 1 year ago 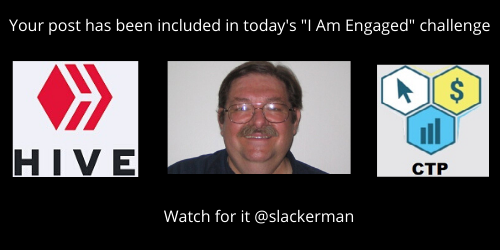 Congratulations to @bradleyarrow and thank you to @achim03.ctp for keeping us up to date

Congrats Bradley on making dolphin and putting CTP over the top with 10 dolphins. Way to got. I am trying very hard to be number 15.

Man you are progressing very fast. If you continue like that, you will be a dolphin before the end of the year!

Sending you pixie dust to help you reach that goal, Bob! :)

Congrats @bradleyarrow.
The rest of us are getting there little by little, and now that we have the @ctpsb account upvoting us we'll get there faster.

For the people who post once a day they get an upvote worth around 0.10 - 0.15$ from @ctpsb. This means that they grow by average 0.5 Hive author rewards per day just because of the Swarm Booster! This is 15 Hive per month and this multiplied by all the accounts that are supported. I believe it's not neglectable!

Yeah, and as the @ctpsb account grows those upvote will get bigger and bigger, so it will go faster and faster.

Let's go for these 15 dolphins!

Congrats @bradleyarrow awesome....
I am very happy to know that you are Dolphin now...

Congrats of becoming a top 17 of the dolphin swarm candidates ;-)

I can to better than that-lol

Thanks, @achim03.ctp for the update, and its awesome to have 10 dolphins. This update helps to track the growth and I can see how far I have come..
Congrats @bradleyarrow Awesome beginning of the week.

Please do include @sandymeyer in the list, for being an honorable member of the CTP community, an Orca. Thank you
!BEER

Thanks for the suggestion. Always great to have a fellow Swiss in the Team ;-)

Congrats everyone thanks for sharing @achim03.ctp well done @bradleyarrow have a blessed one all

I can't believe I'm moving towards the Dolphin Swarm. Honored to be even considered a candidate! Will honor my HPUD power up of November 1st to the CTP community!

Man you are getting closer and closer :-). We count on you for our next target, 15 dolphins!!!

It's motivating to see how everybody progresses! Thanks for your comment!

Hi achim, I’ve got something new. I bought 100 liquid hive power on hive-engine, which gives me 100 hive power delegation.

Would it count as hive power for the ranking? If not then I will sell the tokens and power it up myself.

Hi that's interesting man. To make the ranking it takes me always quite a lot of time because I check out every user individually to compile the HP. If I have to go through hive engine as well, it will be too time consuming. So unfortunately I can't count it just from a practical point of view.

Yeah, I thought as much. No problem!

By the way, do you check the hive power with hivestats.io?

I check on peakd normally