About 12 years ago, I used to think that the Japanese Language is difficult to learn. Now I think it's much easier than I used to say. It's basic but not easy...

The Japanese Language is written using three different types of characters. Hiragana, Katakana an Kanji. The typical Japanese script uses all of them and you can't read Japanese without learning the three components of this system.

This is is the article version of a conversation I had on D.Buzz comments. With some context & thoughts added for clarity.

After posting my article NAKAMA, I figured it would be fun to talk about the webpage from "Japanese with Anime" which I used as a reference in a shorter post/buzz.

I was asked by @jadeaca if I can speak Japanese? I don't, (yet.) But I reached a level where I can vaguely understand a story if I had enough context and the words were clear enough. (Unsurprisingly, I understand Japanese in voice more than I do in writing.)

She also said that she's learning Japanese and found conflicting sources about Japanese characters. She asked me if the characters she wrote in her notebook are the ones she was supposed to learn.

I went full teacher mode & explained from my experience. Here's what I said. Please keep in mind that I'm a beginner/learner too. I would be happy if someone corrected me in comments if I'm wrong at any point below:

[***] As far as I know, Japanese letters are called Syllables not Alphabet. Not sure what's the difference between though.
...

This is only #Hiragana though... Japanese has 3 types of letters, including #Katakana & #Kanji. You have to learn them all to understand the language.

I was asked if the other types are all the sounds, like the extended sounds of a language: ch, sh, sion...

It doesn't work that way in Japanese. They only have a limited set of sounds. They don't even use the sound "V" they have a character for... My answer was:

[***] Hiragana & Katakana use the same sounds but different writing. Hiragana is mainly used for words that are originally Japanese. Katakana is for foreign words (mostly English/Chinese.) The photo I posted only lists Hiragana, but there's a katakana equivalent for every character.

You probably notice it if you play Japanese content. They often use English words pronounced in the Japanese way. Those words are written in Katakana...

I'm familiar (but have trouble) with maybe 100-200 more. That's still not enough, I can barely read anything without context. I can understand it if it was accompanied by a voice like in an anime or a game...

[***] Why Kanji is important? Because Japanese is a basic language, one sound has many different meanings! Their writing has no spaces between words. #Kanji indicates where a phrase ends & also makes the meaning clear.

As I said above, I'm still a beginner/learner and I won't call everything I said above a fact. If you're interested in learning Japanese or any other language, here's a motivational video for you: "The Video Game Map Theory For Language Learning." For now I leave you with that. Have a nice day, you all~

This is super interesting. Maybe it's because I grew up speaking English in school but I thought other languages had 26 alphabets just like English. Now I learned Japanese boasts of three different types of characters - Hiragana, Katakana and Kanji.

I must say Japanese seems like a complex language to learn especially if one sound can mean so many different things!

Thanks for sharing a bit of Japanese culture with us. The motivational video will certainly come in handy. 🙂

Arabic, (my native Language,) has 28 letters, but each letter can be read in 4 different ways. So there are many more sounds in Arabic than in English. (But there are sounds that English have and "standard" Arabic doesn't. I say standard because which sounds are missing it differ with dialects.)

Despite Japanese having three types of characters, there are lower variations of sounds in Japanese than there are in English.

The three types of characters are used to simplify the writing. It only seems hard because we're new to the Language. In Japanese, a lot of stuff can be understood from the voice/tone, but in writing, Katakana & Kanji are needed to make up for that lost context.

Hehe, wow. Each language is distinct in the way it's spoken and written. This is enlightening! Thanks for the slice of pizza and LUV!

That's what makes them worth learning~

Each language is distinct in the way it's spoken and written.

@kemmyb! I sent you a slice of $PIZZA on behalf of @ahmadmanga. 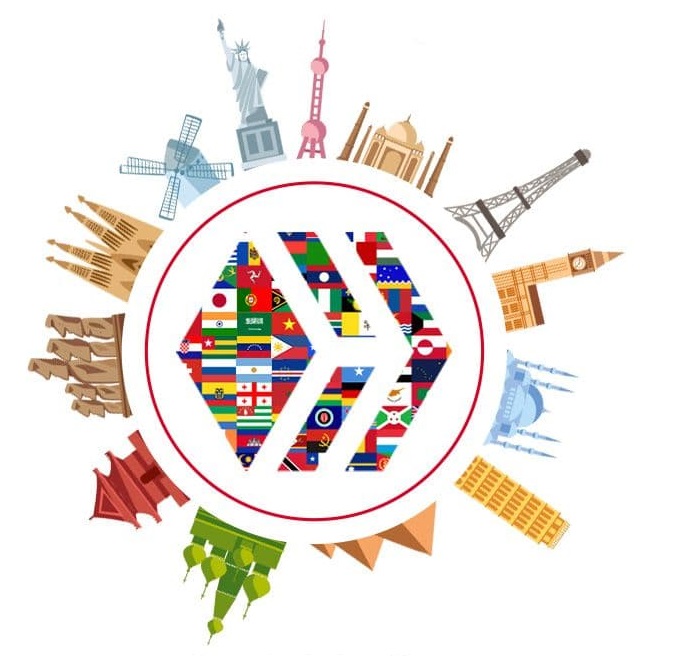 Hello! I am @kemmyb and I've chosen this post for curation in Hive Cross Culture's curation project.
• You will receive a percentage of the rewards from our curation post.
• And this post would be featured in our next weekly digest article.

Thanks for the curation! @kemmyb

We also invite and support bilingual posts, and are searching for ways to support and grow the local communities on Hive.

I might take you on that. I have ideas for Arabic/English bilingual posts.

Great! We look forward to reading your Arabic/English bilingual posts. Be sure to use the crossculture tag so our curators can find you. 🙂

It only takes about 500 kanji to start to understand most daily things. Of course you need much more than that to read a book or understand most writing but as far as signs, menus, and prompts, only 500. And after 300 they get easier because of similar radicals.

I know about 100 and have (some) difficulty with many more right now, and I can say that's true... I can't read something random, but with context, I can get by. The thing is, a lot of Kanji I'm familiar with are from anime & games, so they probably won't be very useful with every day things.

Thanks for the offer, I don't have time for that these days but It's really helpful to know you're willing to do that.

@selfhelp4trolls! I sent you a slice of $PIZZA on behalf of @ahmadmanga.

Not necessarily true, a lot of things can be used in a lot of different contexts. What kind of characters did you learn from anime?

Magic... I can't write the Kanji, but I recognize it now. Majutsu, Maho, Majo, Majin... All start with the same Kanji. Things like that~