Is Ray Dalio getting ready for Bitcoin? 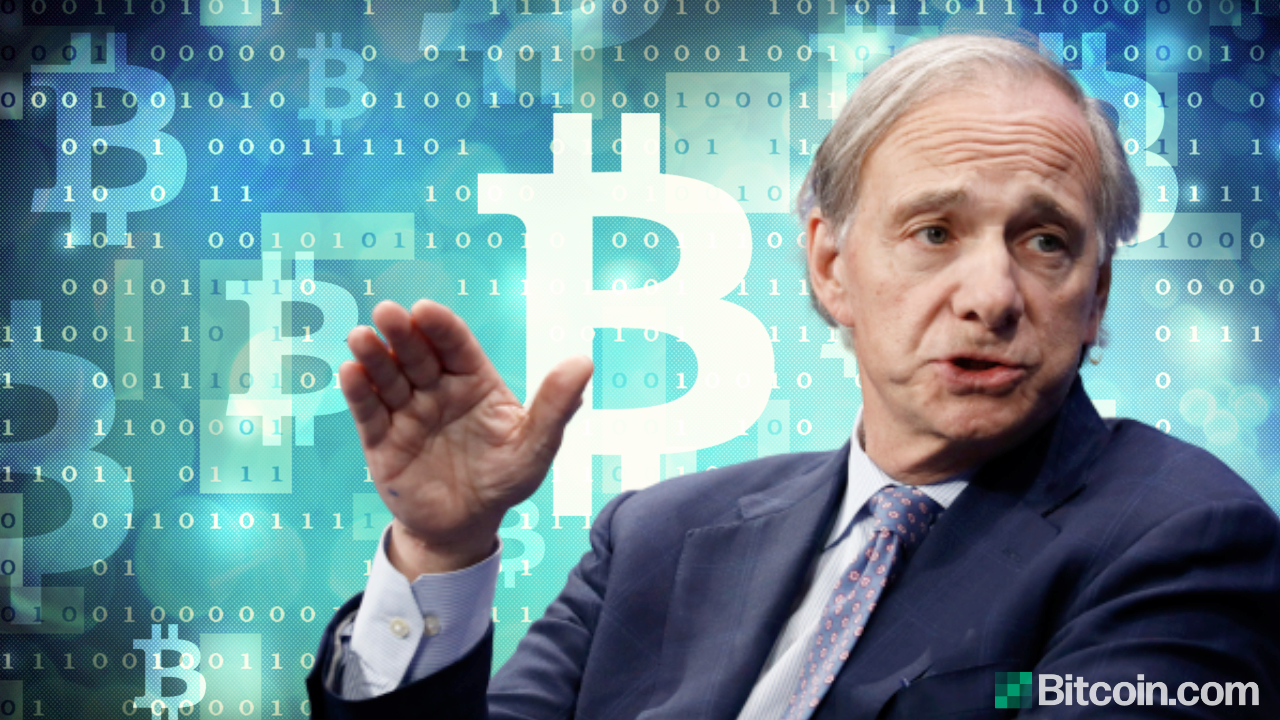 Raymond Thomas Dalio, better known as Ray Dalio, is the famous manager and founder of Bridgewater Associates, one of the largest and most profitable hedge fund managers in the world, founded in 1975 and which has about $ 140 billion under management.

He was known for his extensive knowledge of economics and his insights on personal and career development and, recently, with the aim of publicly expressing his demanded opinion on Bitcoin, he wrote an article entitled “What I think about Bitcoin”.

In the article, he is sincere in declaring that he does not have extensive knowledge on the subject, but he does record his observations on what he thinks about the future of Bitcoin, risks, especially from government censorship, but which he believes to be a great invention.

Many of the things he wrote, many of us have known for some time, but Ray Dalio's opinion is influential and can arouse the curiosity in more people to understand more about everything that involves the subject.

The full article is available here and below is the translation of the main excerpts.

To have invented a new type of money through a system that is programmed into a computer and has been running for about 10 years and is rapidly becoming popular, both as money and as a store of value is an impressive achievement.

“I am writing this text to clarify what I think about Bitcoin. Please pay attention to what I am saying here and not to what the media say - because it is reliable! I am finding that those who want to promote Bitcoin are characterizing it in one way, while those who are against are characterizing it in another way. Like most things I comment on, reality has pros and cons and I am trying to be as accurate as possible to communicate what I understand about them.

To reinforce, as I am not an expert in Bitcoins or cryptocurrencies, I believe that my opinions are not valuable enough to be reliable, so I should not disclose them. I know how much you need to know to have a valuable opinion in the markets, so I wouldn't bet on my own. Still, people demand my unskilled assessment of Bitcoin. And clarifying in my own words is better than the distortions found in the media. So, here you go, presented with the warning not to trust her. The only thing I ask you to do is read what I wrote here, instead of paying attention to catch phrases in the media.

I believe Bitcoin is quite an invention. To have invented a new type of money through a system programmed into a computer that has worked for about 10 years, and is rapidly gaining popularity as a type of money and a wealth reserve, is an incredible achievement. This is like creating the existing credit-based monetary system and, of course, a type of alchemy - that is, making money with little or nothing.

Like obtaining credit that enriched bankers from the Medicis around 1350, Bitcoin is making its inventors and those who did it before very rich. And it has the potential to make many more people rich and to disrupt the existing monetary system. Those who built it and supported the dream of making this new type of money a reality, did a fabulous job of sustaining that dream and turning Bitcoin (and also its analogous competitors) into an alternative gold-like asset.

Since there are not many of these gold-like wealth asset deposits that can be kept private - and because the sizes of their markets are relatively small - there is a possibility that Bitcoin and its competitors may fill this growing need. It seems to me that Bitcoin has managed to cross the line of a highly speculative idea that might as well not be out there in the near future to probably be, and have some value in the future. The big questions for me are that it can be used realistically and how much demand it will have. Once the supply is known, demand must be estimated to estimate its price.

I must clarify what I said about your supply. Although Bitcoin is limited in supply, digital currencies are not limited in supply because new ones have emerged and will continue to emerge to compete. Therefore, the supply of Bitcoin-like assets, and competition, should play a role in the pricing of Bitcoin and other cryptocurrencies. In fact, I assume that better ones will come and replace Bitcoin because that's how evolution and everything works - that is, new ways of doing things and new things have always replaced and will always replace old ways of doing things. Since the way Bitcoin works is fixed, it will not be able to evolve and I assume that a better alternative will be invented, and it is left out.

I see this as a risk. For these reasons, the “limited offer” argument is not as true as it might seem, for example, if Blackberries were in limited supply, they would still not be worth much because they were replaced by more advanced competitors. I still don't know the answer to why this is not a risk, but I would love to correct my naivete.

At the same time, I really admire how Bitcoin has withstood the 10-year test, not only in that respect, but also in how its technology has worked so well and hasn't been hacked. Still, for someone who owns digital / cyber assets at a time when the cyber attack is much more powerful than cyber defense, cyber risk is a risk that I cannot ignore. When the Department of Defense cannot protect its systems from being hacked, it would be naive to be totally comfortable with the fact that digital assets cannot be hacked, which is one of the advantages of gold-like assets and one of the risks of all. financial assets.

In fact, I think there is a good chance that one day we will see the financial system, which consists mainly of digits, being more vulnerable to interruptions and / or cyber blackmail than is now recognized. By the way, these things are now happening at an increasing pace and could threaten the value of traditional financial assets. I am highlighting this warning for you to take or leave as you please. While I recognize that Bitcoin can be kept offline through “cold storage”, I understand that it is difficult to do and that very few people actually do it. So, in general, my understanding is that because Bitcoin is digital and connected, it is not protected against cyber risks to my satisfaction. I look forward to being corrected.

As an extension of Bitcoin (and here the cryptocurrency extends to its analogous competitors) being digital, there are the questions of how private it is and what the government will allow or not allow it to be. With regard to privacy, it seems that Bitcoin will probably not be as private as some people assume. After all, a public ledger and a significant amount of Bitcoins is kept non-privately. If the government (and perhaps hackers) wants to see who has what, I doubt that privacy can be protected. Furthermore, it seems to me that if the government wanted to get rid of its use, most of those who use it would not be able to use it, and the demand for it would fall. Rather than being far-fetched for the government to invade privacy and / or prevent the use of Bitcoin (and its competitors), it seems to me that the more successful it is, the more likely these possibilities will be.

Beginning with the formation of the first central bank (the Bank of England in 1694), for good logical reasons, governments wanted control over money to protect their ability to have only money and credit within their borders. When I a) put myself in the place of government officials; b) I see their actions and c) I hear what they say, it is difficult for me to imagine that they would allow Bitcoin (or gold) to be an obviously better choice than the money and credit they are producing. I suspect that the biggest risk for Bitcoin is to succeed, because if it succeeds, the government will try to kill it and they have a lot of power to succeed.

With regard to the supply and demand picture, although supply is known, demand over the relevant long-term time horizon (because this is a long-term asset) is difficult to know, largely for the reasons I mentioned. For example, since I see Bitcoin as an alternative asset similar to gold, I asked Rebecca Patterson and others at Bridgewater to do some calculations to find out the value of gold private equity and then take the percentages of that equity and assume that were switched to Bitcoin, as a diversification of that type of participation.

For example, what would happen if 10% or 20% or 30% or 40% or 50% of private gold holdings were transferred to Bitcoin, or if 10% or 20% of those who mined Bitcoin and embarked wanted to diversify into others? assets, like gold and stocks, or if the government wanted to ban its use, or if etc. what would these scenarios look like? They paint a highly uncertain picture (the full report is here). That's why to me Bitcoin seems like a long-term option in a highly unknown future in which I could put an amount of money that I wouldn't mind losing about 80%. ”