Genesis League is a new game announced by the splinterlands team. As of now, the game has not been launched as it is under development. They have launched their governance token and for that airdrop has already been started effective 25th October 2022. The initial response was very good because we have seen price growing and it was even more than one high at some point in time. Even the initial apr was very good that started with more than 4000% but currently, it has gone down and hovering around 900% approximately. I don't think this is bad if you are even now because when can a decent income on the investment that to when the token price is low?

It seems like a lot of people have started selling their tokens as they do not want to buy and even they are least interested to deposit the token and this interesting apr which is almost 900%. I also did sell some tokens in the beginning because I wanted to increase my SPS holding this way but when the price dropped further than I stopped and now I have started accumulating the daily airdrop of GLX coin. The current price is very low and I don't think it is the right point to sell the tokens. It is better to hold for the long term and wait for the right price where I can get more SPS against GLX. I believe that the real price will be unfolded once the game is live and it is going to take the next couple of months. 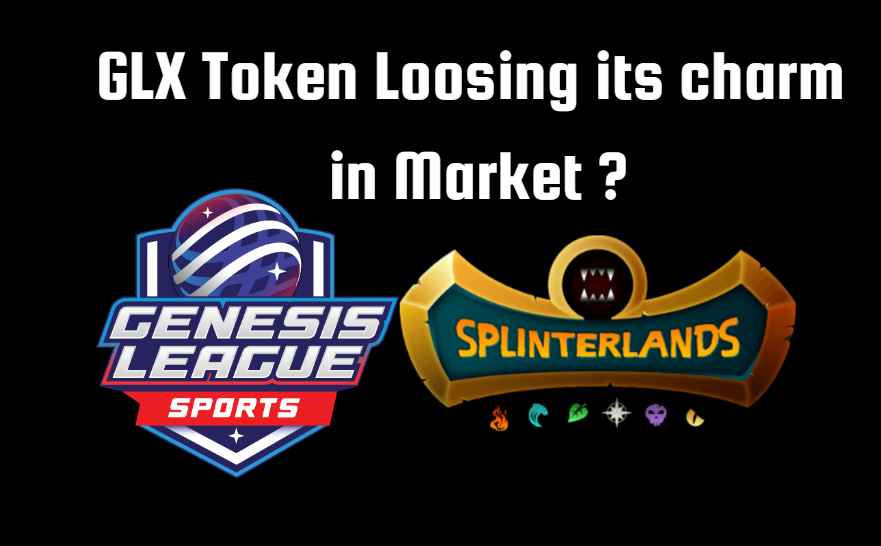 It is confirmed that we are not going to see the game live this year but we can expect it in the first quarter of next year. The GLX token is lacking the real use case as the game is not available and once the game is there, we will have the option to use the token to buy various assets in the game. I have not started buying back because I think that its price will gold on further. I was able to sell some tokens at a high price and now I will wait to see the lower price so that I can get more tokens in the buyback. It is a market and we do not know when there is a sudden spike in the price so for that reason I'm also holding some liquid tokens where I can get more hive for the buyback.

Airdrops are free income for anyone in the crypto market but I believe if we can follow a planned strategy then it can bring even more benefits to us. SPS is one of the most prominent examples that has given us many opportunities in the past and even now we are getting the additional airdrop of GLX because of SPS holding. The low price for the AirDrop token is not a concern because it is anyways free and we are not paying anything for this. It's more like a bonus that we are getting if we are holding our spheres as a stake in the game account.

I expect that GLX will also be the same as SPS but again there is no such guarantee unless we have the game portal in place however the current apr is surely something that anyone can be interested in joining the fun. While I see many people selling their tokens in the market but the same time I also notice that a lot of people are buying tokens in bigger quantities which is a kind of signal that people are accumulating. If we go by the quantity then there are more buyers than sellers but still, the price is dropping and it could be because a lot of people are taking benefit of the daily distribution of free airdrops.

We cannot control the situation because it normally happens but the good thing is that GLX is going to be one of the tokens in the ecosystem where the private sale has not been executed. It means that there will be less supply on the market so we can expect better pricing as part of the token economy. I still believe that its a matter of time before GLX will rise again so I am trying to get ready with more tokens to reap the benefits.

Seems like a good opportunity to invest early in GLX. I am waiting for the prices to come down even more. 🤞

Sounds like a good plan to buy more at low price..

I too, for now, am accumulating GLX. Also because not having so many SPS in stakes the rewards of airdrop GLX are not high. But time will tell, maybe GLX will come in handy in the future :)

The GLX token is lacking the real use case as the game is not available and once the game is there, we will have the option to use the token to buy various assets in the game

That is true. At the moment the only use case for GLX is the more than 900% APR to get more GLX. I believe that the more development we see around the game, the better it will be for the token.

Well said that we are going to have the real value of GLX once the game is live and it will bring the token usecase.

I guess with SPS, we actually had a game and could see the potential first hand…Without real use case, it's all speculation. I learned my lesson with SPS though, I won't keep all the GLX I get, I will take some ‘profits’ even if it's minimal right now.