Top 20 authors who have received most @vempromundo.pob upvotes ( past 30 days - percentage wise )

Top 20 authors who have received most @vempromundo.pob upvotes ( past 30 days- number of upvotes )

How much vote % was utilized by @vempromundo.pob from August 11th

Coming to the interesting part , when does @vempromundo.pob upvote ? 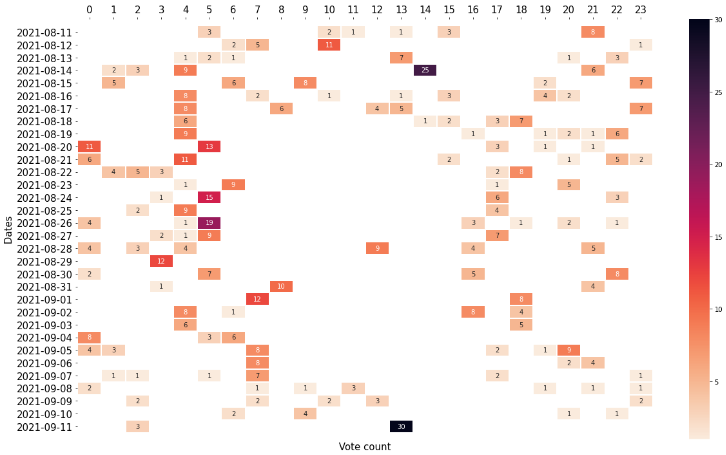 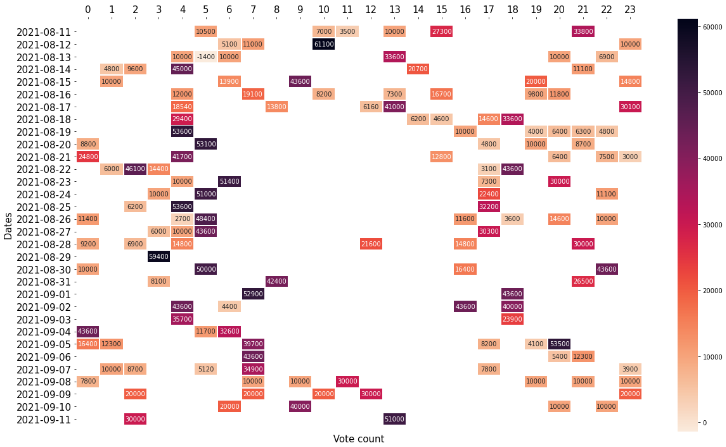 Next week , we shall move to another community . Which community top stakers do you want analysis for?

Nice one thanks for the update

The community is doing well

You did a great job for updating this community and I advice you to keep it up thanks.