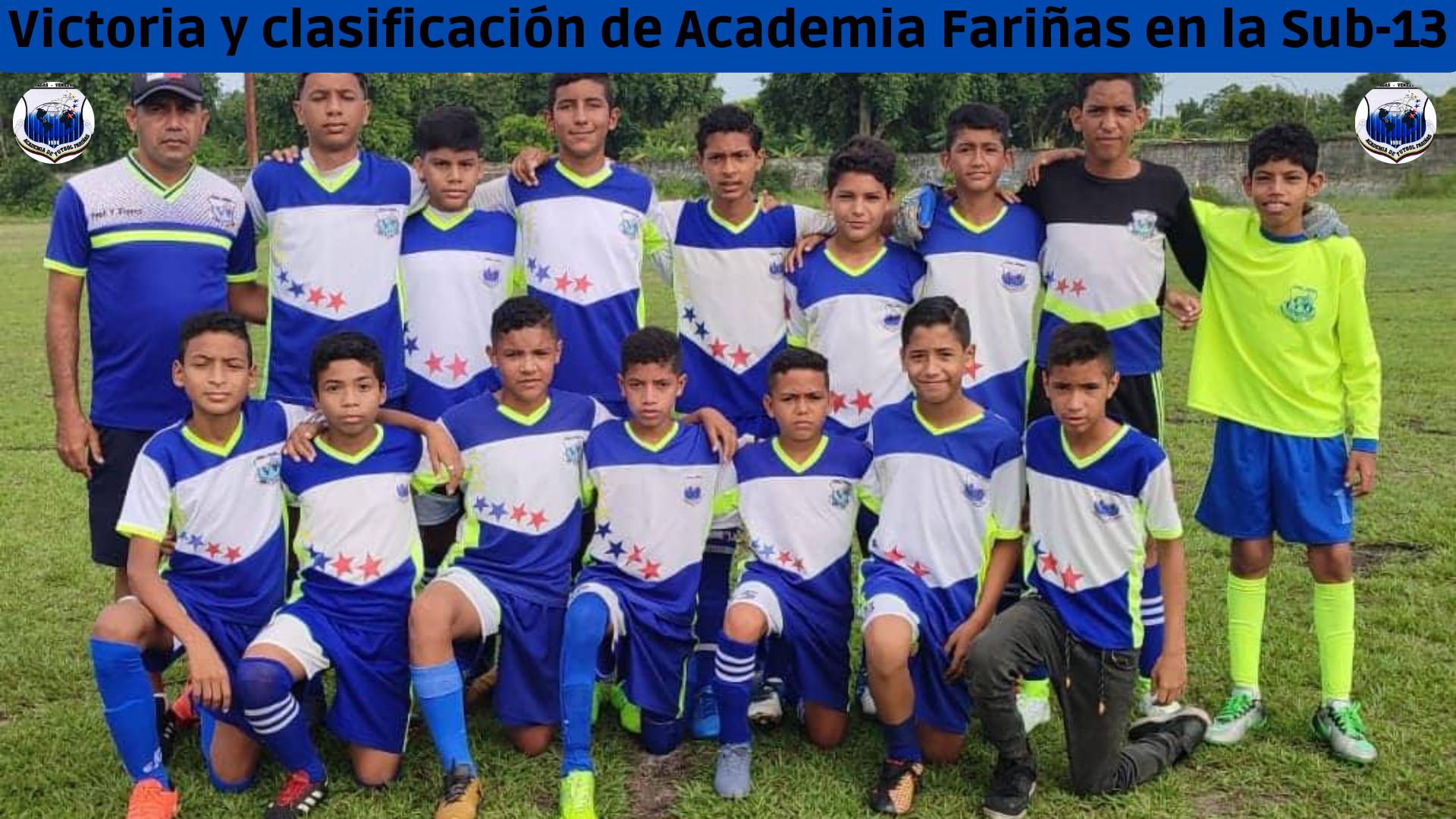 This Sunday, June 26, 2022, the U-13 team of Academia Fariñas measured forces against Atlético Morocoima in the quarterfinals of the Fututas Estrellas League, at the Santa Ines Stadium, specifically in Monagas, Venezuela, where the team coached by Yonni Flores took control of the match, with possession of the ball and dangerous plays that were denied by the rival goalkeeper.

Although in the first half there were no goals, the emotions would be left for the second half, where Academia Fariñas was able to score two goals to qualify to the next round of the competition and thus say present in the semifinals.

As I always say, for me it is a pleasure to be able to bring you the incidences of the Minor Soccer in my State of Monagas and that the players are the ones who stand out in each commitment.

The main idea is that they make themselves noticed in every play, others.

And that's why I brought you this sports footage for my @threespeak channel, where I added:

The photo in the background of this video was taken by me.

Videos of my authorship.

The music I used for this video.

The play of the first goal.

End of the match.

Receive the support of the Crypto-Shots team for your excellent quality content. This is a great job, congratulations. We are interested in supporting HIVE's growth and we felt that your content contributes to that goal. With our vote we are also rewarding in PIMP. Enjoy!
You are also invited to join our discord server where you can learn how to earn tokens by playing our NFT browser game: https://discord.gg/a9rmeWH5g5