Breed, mutate, fight, trade, and earn. That is basically what the game is about. The more you do, the more you can earn but you also gotta be smart and educate yourself about the best ways to breed and mutate. When participating in fights, you gotta be sure that your Dragon is strong enough to win, or else you'll lose your ZLP.

Every action costs you gas in ZIL but the costs are small when comparing with the Ethereum network. The prices of dragons are also more affordable than those of Axies which itself is a pretty similar project to DragonZIL.

If you want to know more about the basics, read my first article about DragonZIL here. I also gotta share my excitement about it. When I reposted the article on Twitter, I got retweeted by Zilliqa blockchain itself! They have more than 320 thousand followers and for a moment in time, I was at the top of their Twitter feed. The exposure went off the roof!

After getting this retweet, it made more than 20 thousand impressions and got more than 500 link clicks. As the link went to Leo, these clicks became Leo readers, even if for a few minutes. What did it do to me? Inspired me to create more content because it is definitely rewarding! 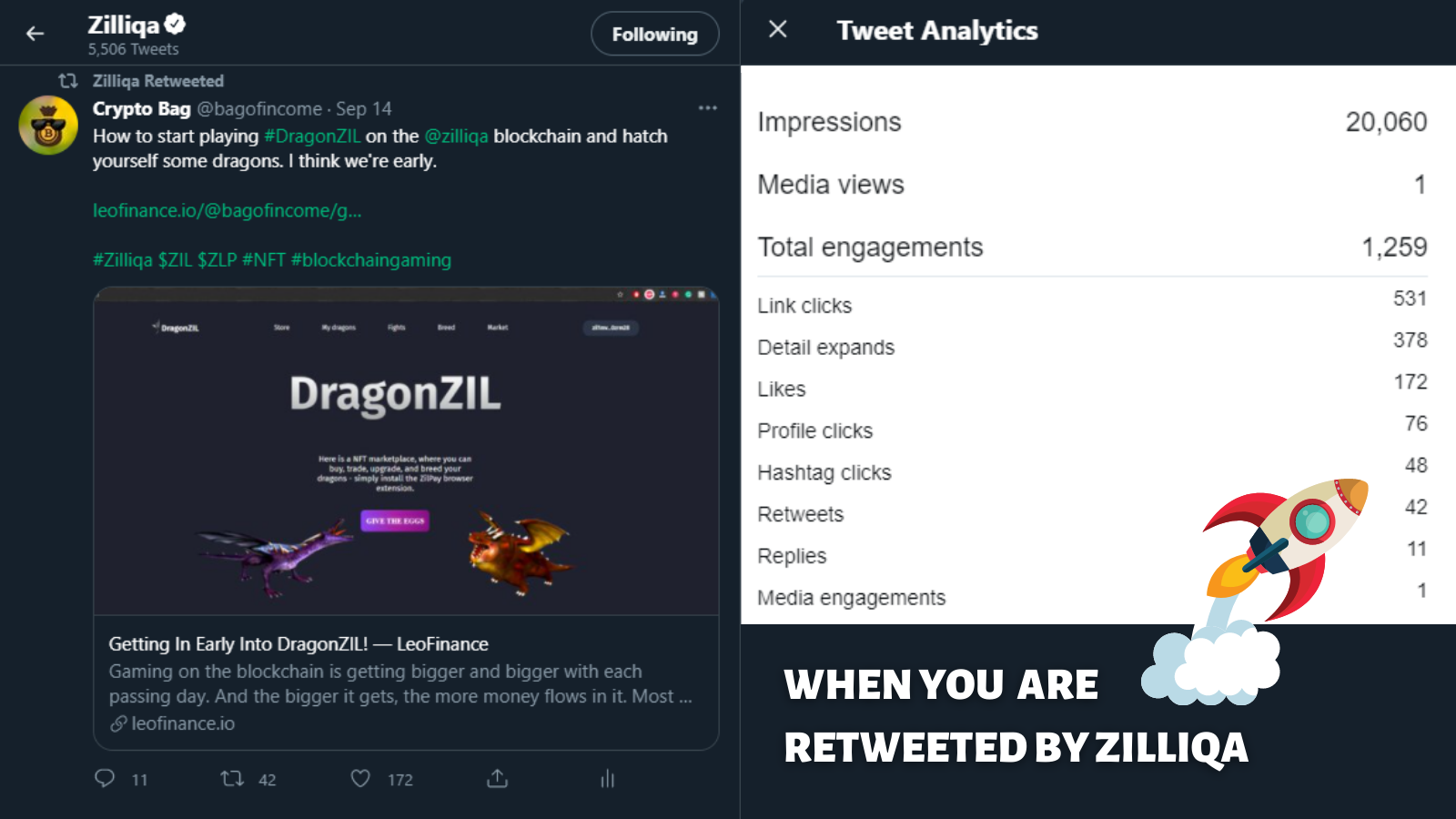 Then I continued on and bred a new dragon

At first, I only had one Uncommon dragon so I decided to breed it with another beast. I chose some Rare dragon and bred my Uncommon one with it for 25 ZLP if I remember it correctly. It got me the Rare dragon #3292 that you see in the picture below.

After that, I bred my Rare dragon with a Mythical one for about 30 ZLP and got myself a Mythical dragon.

I also made a breeding gif because why not? Gifs are nice!

This is how you breed your dragon with another to get a new one. As you can see, each dragon has a different skill tree which is really important. As you experiment with what you give birth to, you'll understand more about how important their parents are.

You can also improve your dragons by mutating them.

I made a gif for this as well. Choose your dragon, press mutate and improve the stats that they lack, that way your dragon will become stronger and a better breeder to make new dragons. You can do this as long as you have the funding to do it. The rarer the dragon, the bigger the costs for mutating.

I've tried fighting other dragons two times. One fight, I won, the other, I lost. Right now, there is only one dragon in the arena and it's someone you don't want to mess with. As you can see in the gif below, when selecting my dragon against it, I stand no chance. That dude has some rare dragon with a fully developed skill tree, I can only wonder how much money he's put in there. Impressive.

As more users start playing, there will be more dragons to fight with.

As you refer friends to use DragonZIL, you can gain a percentage of their buys. Thanks to the last article, I got myself a couple of hundred ZIL which is really nice.

This is my invitation link to join up and start breeding!

Thank you for reading and have an awesome day! Your bag of income.