Hive blockchain has its own identity and destiny

Hive blockchain hard forked from Steem as an expression of freedom with the goal of being truly decentralized and empowering users and communities to create Web 3.0 dapps. It was an abrupt rupture and somebody could write a saga about the splinter between the users that either went with Hive or remained with the more centralized and controlled Steem. And to tell you the truth I am one of those that went with HIVE as I felt that I was adhering to their believes and goals. And I think I made the right choice as most of the community-built projects moved along here as well. 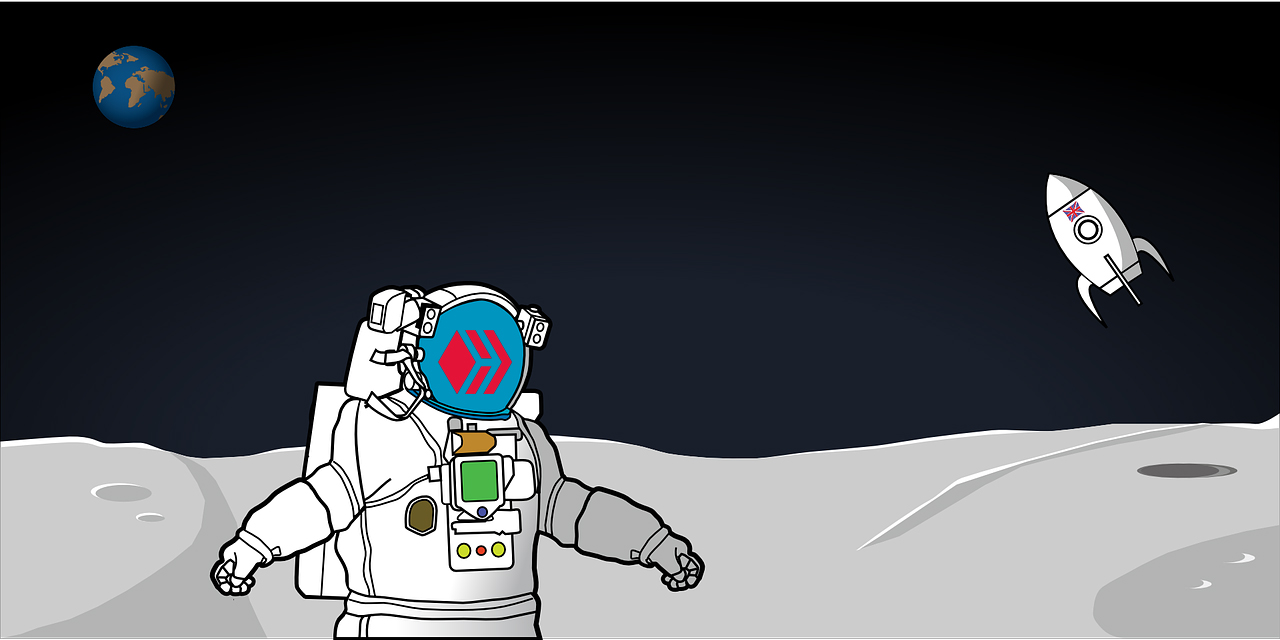 But what I love about Hive blockchain is that by doing the hard fork it has discovered its own destiny and forged a separate destiny. Through Splinterlands success, it sees never before growth and users onboarding. And once they get here they discover the power of blogging and communities and they join the rush for both HIVE, HBD, or secondary layer tokens. They all start to have a different way of thinking, of seeing things, of interconnecting everything on the blockchain and new ideas and projects are rushing through everybody's mind. We start to see recognition and with that development probably will lift off. 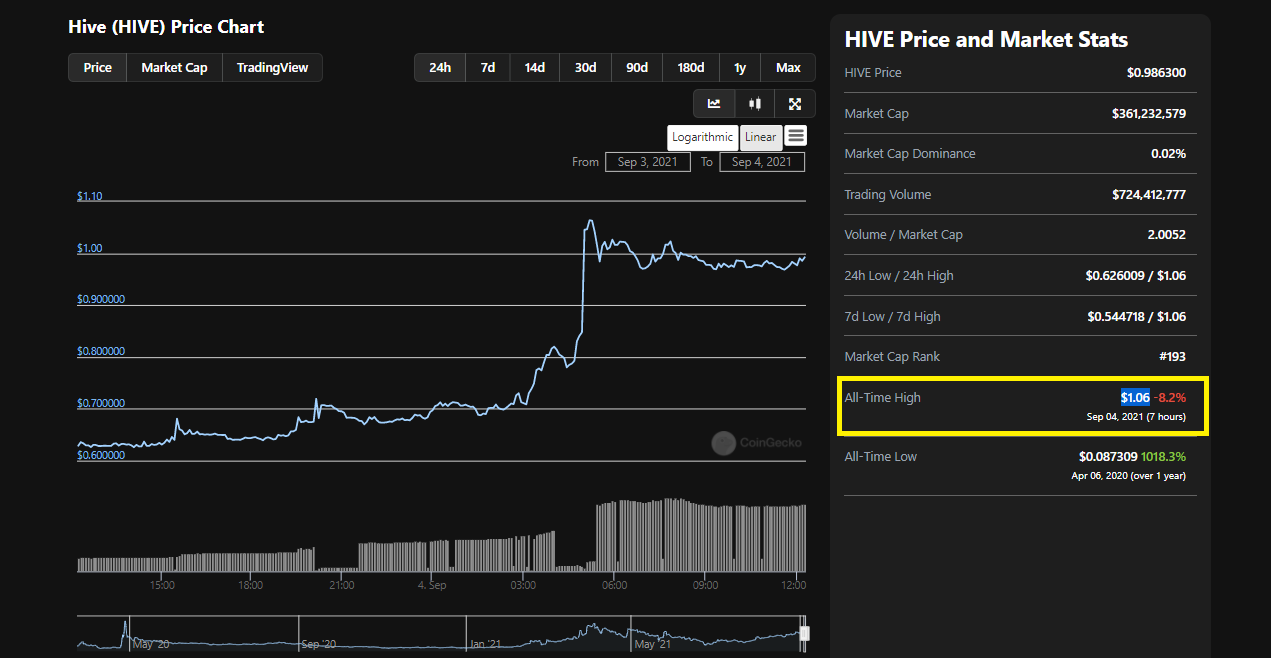 And what a better day and moment to recognize the own path on which HIVE blockchain is going than to see the price surge to a new all-time high: $1.06. And just think about it that it wasn't associated with any new listing on a new exchange, but rather through organic growth. Splinterlands played and still plays a major role in that, but it is not the only one. The other communities pull together, they get inspired by what they are seeing here and finally see the potential from here and they come with stronger energy to do more and better. So with that, a more aggressive growth takes place and new features on existing apps or new ones will be seeing the day of light pretty soon. And the greatness of it all is that HIVE has all the instruments to support the operating of new dapps, just need to integrate them and you are set without even living in this great ecosystem.

We are living in great times and we are seeing a real exposure for HIVE blockchain and the communities from here. I think that while we'll see some new ATH and people might rush to sell, thus calming the rise in time we will simply solidify this position and fundament a price point well over $1. And from that point on things will grow as never before as it will be too appealing for other users not to onboard it. Just that we need to capture this value and keep the momentum through building new projects and expanding the current ones. More users, more user cases, more dapps for all to dive into. This is the key!

At the rate HIVE is going, the price of HIVE will be above $2.

A price point of $2 is quite possible after we've passed over the psychological step of $1. Having an increased value of the upvotes, that will make this blockchain more appealing for users that might rush in to dig the crypto from here. Let's see if a domino effect will be triggered.

I am new to Hive and it seems pretty exciting. I started a few weeks ago, and was considering loading some HIVE into my bag when it was like 50 cents, and now I'm kicking myself, Oh well, It's early days still, the oft repeated mantra of the cryptonauts, I don't like card games, so I'm here for the crypto blogging and whatever else may happen. Looking at the parabolic growth of users on Hive there is definitely more room for the token to gain value. The tokenomics here seem pretty robust as well. Seems like you're OG on Hive, nice post.

The Hive tokenomics are getting stronger and stronger and it is an ecosystem that grows organically, no pump and dump imo. It offers a variety of community and dapps and it has so much space for more, thus now is a good moment to onboard and build up. No over-the-night millionaires, but those that put in the work can ensure a steady income over time.

Great piece, I just shared it with my followers!

Much appreciated and spreading the good word about HIVE benefits us all. And besides that when you are just proud of being part of something greater and better, just cannot stay on the sidelines!...

Its a great point you make re the price peak being due to organic growth not some external factor.
What other blockchain can say this?

Splinterlands is very profitable NFTs game from holding cards, DEC and SPS. Not only tha,t, what I really like the most is staking SPS to have passive income without paying gas fee, etc. I can't stop buying HIVE right now.

Spinterland did a lot in this blockchain by following the second layer of token. that's right and I am agree that we are in good time that we have in front of us that blockchain.