The Internet evolution to web3 is infinite

If we look retrospectively at how the Internet came into our houses we need to start with web1. This first instance of the Internet was formed from read-only static websites with very little interaction from the users digesting this information. 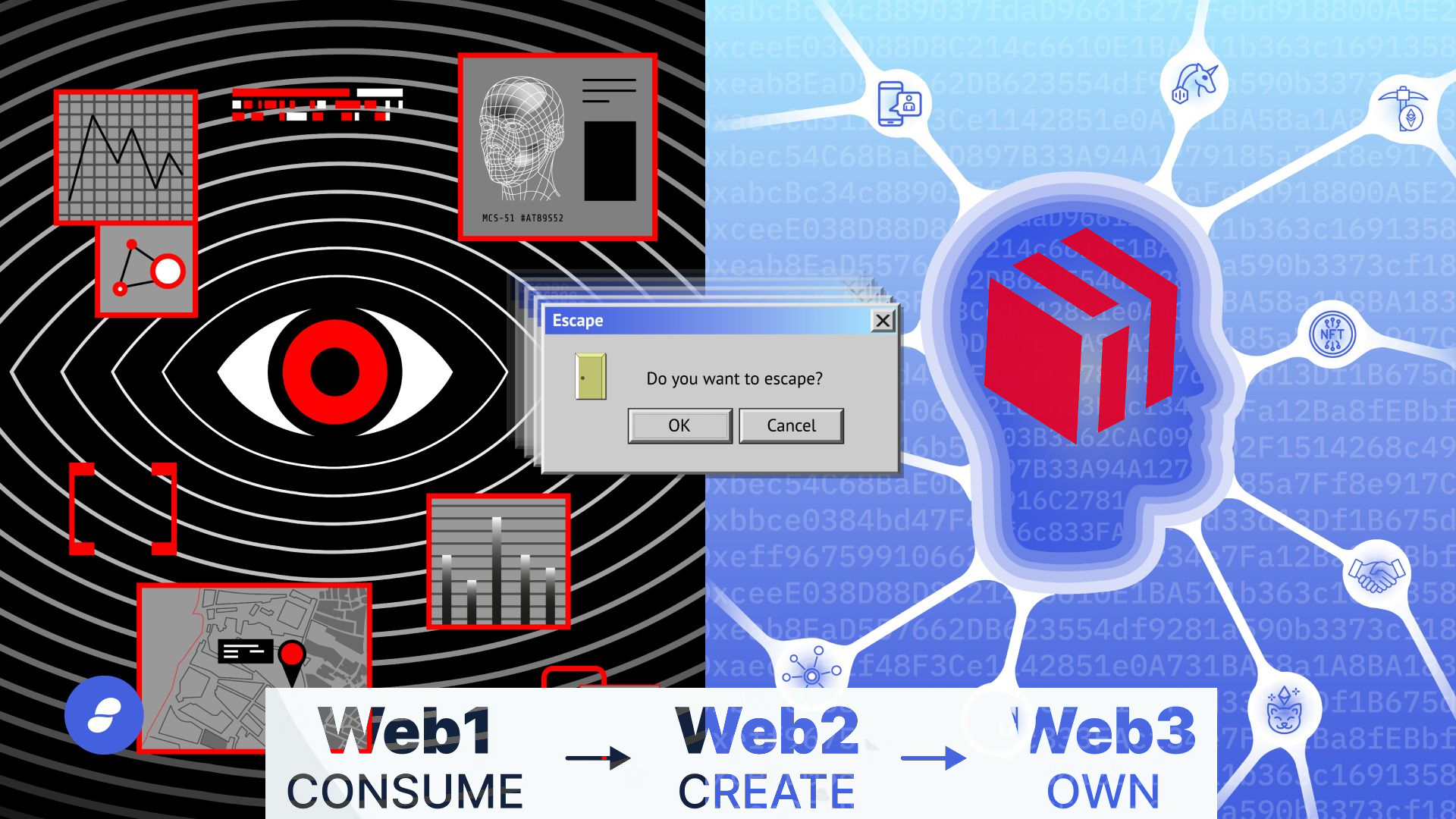 Next was web2 which brought dynamic read-write sites which enabled the exchange of information everywhere. But this came at a cost for the end users which usually ended up providing personal data to centralized entities that used that to increase their revenue through targeted advertising. User data was simply traded as a community by those capturing it, while the end user had almost no benefit from it.

Now with the web3 evolution of the Internet, all the static and dynamic data is democratized and decentralized, bypassing 3rd party monopoly centers and putting the information ownership and digital assets back into the hands of the users. Blockchain technology shapes this new form of the Internet and is transforming businesses from the traditional organization.

And one of the early web3 blockchains is Hive which simply stays the course on the core principles of decentralization, democratization, and true ownership. This was proven once with the Steem hard fork where people and communities have spoken and chose free governance rather than unilateral control. And since then we continued to grow and thrive from within, but also expanding into other ecosystems. Staying connected is a key factor in ensuring success and we are well-linked to other blockchains that exchange value.

Things that you will find on the Hive web3 ecosystem are Hive governance tokens, HBD stablecoin pegged to Hive, uncensored and free-to-speak platform for content creation and curation, NFTs, financial instruments like HBD Savings, and communities with specific dapps and games. This ensures a one-shop stop with all required services in a stable blockchain. There are still things that would bring more use cases to Hive like smart contracts and hopefully we will see those sooner or later. Nevertheless, we position pretty well on the market - Ranking 186 on CoinGecko per Market Capital - and through future developments and projects, we should only do better.

Web 3.0 is the revolution we have been waiting for, bringing true ownership to the users instead of just renting in the internet space. Amongst its benefits is that now we also have a global currency that can be used as a medium of exchange in online transactions. Things will hopefully continue to get better.

We should eventually do better with the rankings, 186 is way behind and hopefully we can do better overtime. The concept of Hive is an evolution of the internet and I know a lot of people are trying to understand it. But blockchain technology is changing things. I feel that adoption in the future will be inevitable.

It is an amazing opportunity we have on a golden plate! Have a great day.

!1UP Twitter is being bought by Elon, and this huge transaction shows that the internet is just starting to get into the anonymity/security train. The web3 is the future!

Happy to be a part of the shift to Web3 with Hive.

It would be nice if it's a Hive like ecosystem but I am not really sure if it will be. At least I think the centralized entities will still exist but maybe to a lesser influence. It comes with the ability to choose but I just don't know if the money the big companies throw in will be enough to stop people from going to decentralization.