A week has passed since my last worker BEE report and as I have been staking more and more BEE each and every day I have decided to draw a new line and see where I got. Things are evolving nicely, I got some support from major community members and brought be more BEE than expected and I could continue my growth with some boosts because of that. I am trying in the same time to read and get more insight in what it means to setup a Hive Outpost and there are many steps needed before that. But step by step, I will get there at some point, hopefully during this year. 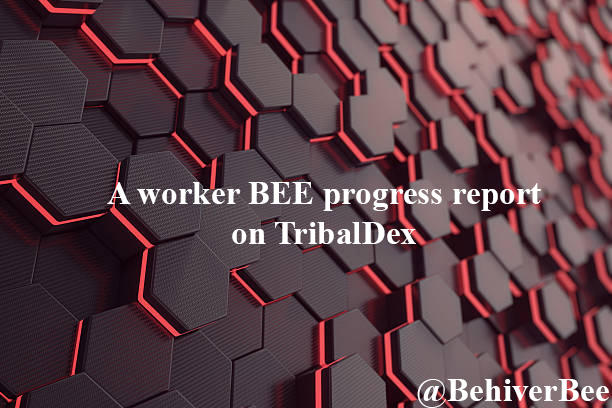 Tools and apps used for above tokenomics:

This account you are using only for BEE activities?

Yeah, I use this for curation on TribalDex blog.
Being a curator on Leo Finance I cannot have a single account for all the activities that I need to do. Probably dedicated accounts per community is the way to go.

I just recently started to accumulate WorkerBee. It is a mining token, gives us voting privileges, and holds its value very well even in a bear market :-D