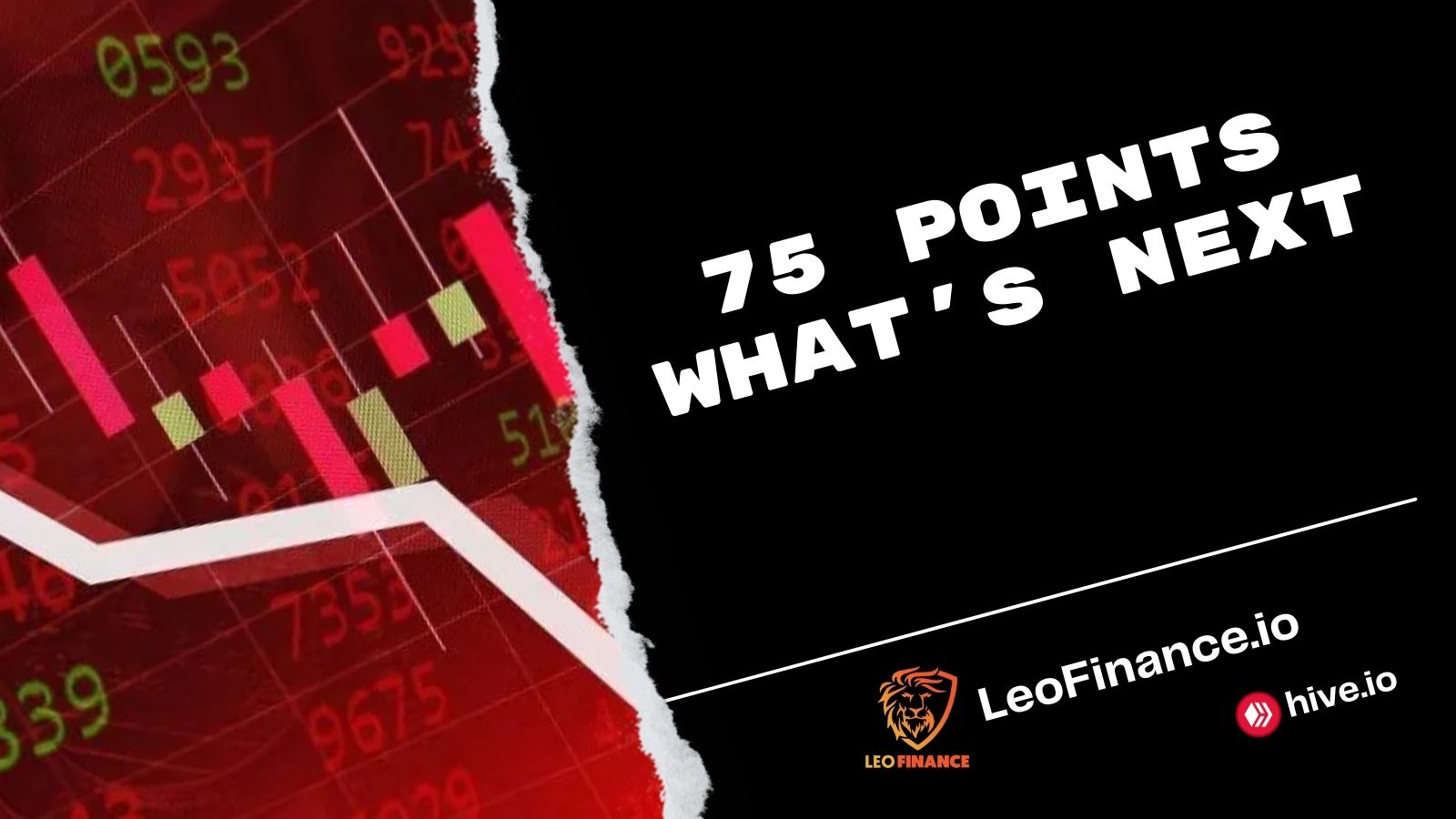 It shouldn't dumbfound me that the fed keeps increasing rates but for some reason it does. Let's take a look at what happened and what we could most likely suspect rolling forward.

It should be clear that we all knew another rate hike was coming. Because of that many of the markets at least crypto were priced in ahead of time. That means when news broke and what we expected would be 75 points everyone was like cool already priced in.

While we will most likely see a sell off just because of the state of panic most head line readers do give it tomorrow or a few days and we will most likely start to see rally already. However that comes with a serious warning about the current fed rate I'd like to point out later.

The FED is increasing rates because history has shown them that increasing the rate counters inflation. However the world went into a 2 year lock down something that has never happened before in the modern day world.

The issue with these rate hikes are they at least to me are being counter productive. Right now there is a massive war going on and a huge shrink in resources just after a two year global lock down that honestly people are still messing with.

From there war broke out and you have to understand this is a new world war. A battlefield yes but in the background cyber warfare between all countries around the world is happening, trade restrictions on opposing sides, Chinas economy collapsing even though they don't want to admit it. It's ugly and no fed rate hike is going to fix that.

In fact I firmly believe that these rate hikes are hurting and will do minimal or any kind of inflation correction.

Take into account that the fed interest rates since have only returned us to were we where prewarning and here comes my warning.

I feel we didn't hit that last interest rate too hard but this one is another story. This now pushes up higher than it was before Covid. You're now oppressing's business and everything with high rates when in fact they should be screaming and waking up with production. This to me seems like a double edge sword that's going to simply kill off business product and with a VERY real possibility of slipping this world from a recession into a depression.

With more rate hikes on the way I don't see inflation coming down but so you now have a high inflation, businesses closing up shop so less product for the supply further increasing the price and then people without jobs which means less buying but also less tax revenue when the government needs it more than ever with the billions they continue to ship over seas.

I firmly believe at this rate we are headed towards a global depression but what's interesting is I still feel that the USA will come out on top. In a way I feel this is another sick tactic by the government to further increase their grasp on the world by crushing every other country under debt, a prolonged war an a increase in taxes and attacks on USA citizens. I personally feel it's going to get ugly.

There will be another increase and the unemployment rate will rise to 4.4%. At lest that's what i hear here and there

The Fed is guaranteeing a hard landing, and then some.

Things are not going to end well for the points you bring up. This is not a monetary problem. The Fed is simply trying to keep up appearances that it is in control of something.

I almost feel like they are doing it at a rapid pace as it's causing every other country around the world that has loans to us to pay more thus making the dollar value even more powerful even with high inflation. It's a crazy thing when you start reading into it all but it's a TON of information which I suspect many don't care to really follow. I try but I'm no where near an "expert"

Last time The Fed interest rates were hiked to combat inflation, it took several years to bring inflation to heel. At least that amount of time needs to be spent this time to reduce inflation. This needs to be factored in to any market activity for a few years.

One aspect of this situation which doesn't get much coverage is the interest on the national debt. Part of the federal budget is interest on that debt (currently around USD 32T). That share of the budget will only grow larger over time, and it will overtake military spending and entitlements as the largest item in the budget. This will cascade to the markets, and it won't be pretty.

Currencies will fail, including USD. The dollar will be the last currency to fall.

Things will get worse before they get better. It is possible that the Fed will stick to its fight against inflation and continue raising rates. Probably another 125bps in 2022 and more in 2023.
It will all depend on the pain the financial system will be going through at these rates. Not to speak of the the financial problems the US government faces at significantly higher rates.
As a political construct the Fed will give in if the pain for these two constituents of its monetary policy becomes too great.
Time will tell.