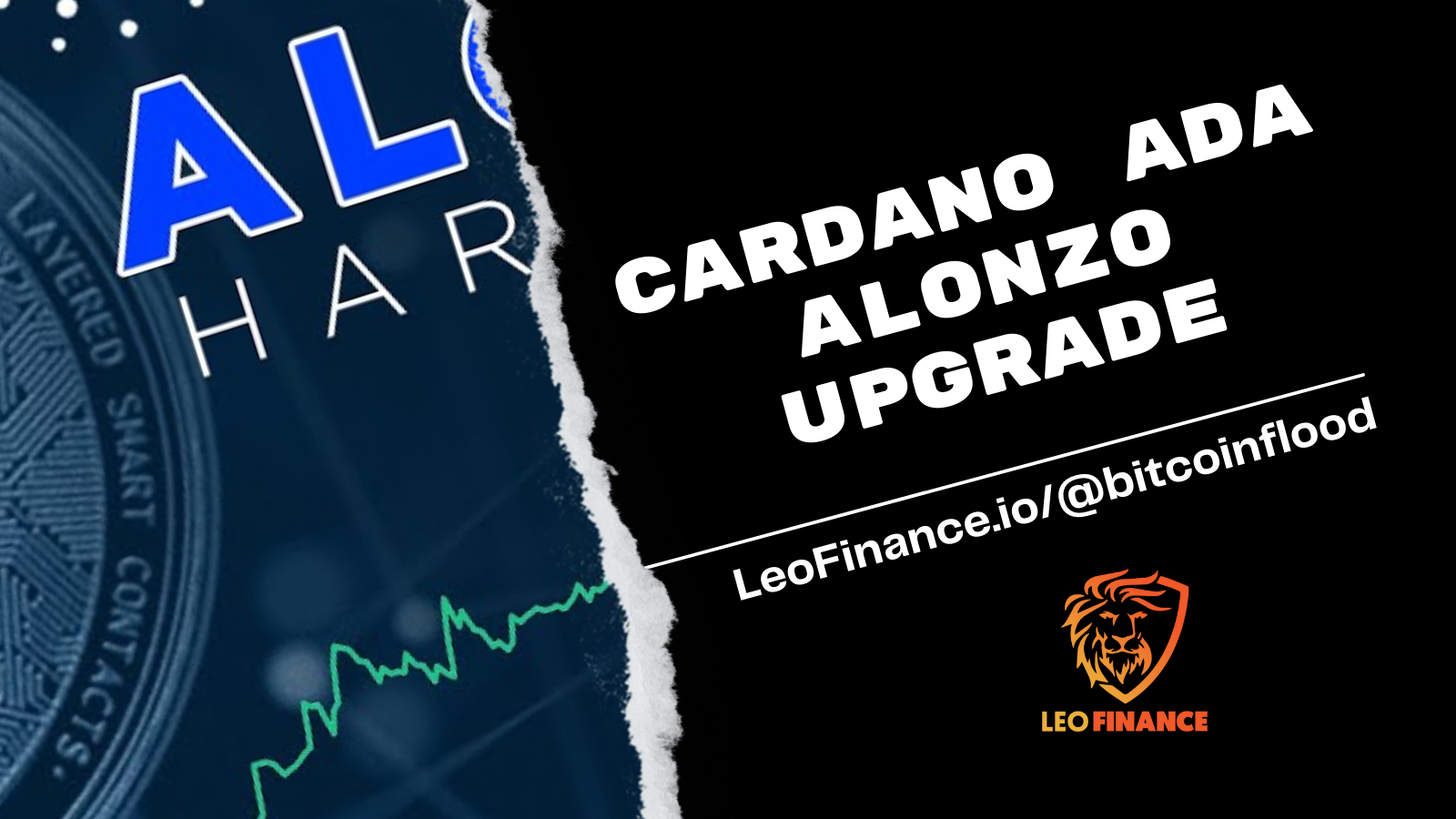 If you don't know what Cardano yet can you really call yourself a person into crypto? Cardano is now ranked third in total market cap at 94 billion dollars and a value of just under $3 at the time of writing this.

At the time of writing this Cardano is going through a hard fork which has been named Alonzo.

Cardano has actually be around for a while. It was created in 2015 and was based on PoS Proof of Stake. That means you stake your tokens and earn a interest on them when you vote for validators. I go over the staking factor in greater detail in my other post here.

Caradno is split up into 5 development stages called Byron, Shelley, Goguen, Basho and Voltaire. We are currently towards the end of Shelley. The start of Goguen will be the introduction of smart contracts.

This also allows the creation of tokens on the chain called Layer 2 tokens which sit under Cardano much like we see with ones on Ethereum like Polygon.

What will the price do?

*This article is not financial advise and is for entertainment purposes only. These are my own options and thoughts on the product and speculation of the price. Do your own research before investing and take responsibility for your own actions.

That that disclaimer out of the way I suspect the price to pump during the hard for as news and hype builds it. However shortly after 2-3 days after I suspect a sell off much like we have seen with other cryptocurrencies when these types of things happen. The reason for this is although this upgrade allows for smart contracts it also means NOTHING has been built on it yet. Without use cases it makes the token pretty worthless in itself besides speculation of price and value later.

ADA looks promising as a platform that can take on Ethereum. I don't believe it will overtake it and there's not reason for more than one chain not to exist. Look forward to what they build on it.

Cardano, you guys do not miss it! Add it to your portfolio.

Cardano sure has stability. They take a slow & steady development. Hoping so many good things when Goguen stage starts :)
!PIZZA

@bitcoinflood! I sent you a slice of $PIZZA on behalf of @d-zero.

Did you know Pizzabot speaks Spanish if you use the command ESPIZZA? (2/10)

I just wrote about Cardano as well. I must say the hype is so real and the price is expected to go up until we see the hard fork. I am pretty confident that they will come up with a better technology. Let's see what they do with it. The next few years will be crucial for Cardano because we all have waited this long for smart contracts to get released.

Yep it does bring it into age but still no apps to run it it's going to be some time. I suspect to see the price dive here in the next 72 hours unless there are some app launches that are planned to keep the hype up.

That's true. 100%. They need tons of apps to get going!!! I am excited to see their DeFi ecosystem expanding. ADA staking is already quite profitable considering the price spike. DeFi would make it possible to get higher yields on ADA.

Now is not the Best time to invest ADA coin because it will still go for correction before it will form support and continue up trend.

Not a single word about the issues?

Cardano uses a UTxO Model, which means it will have significant problems when it comes to scaling. Forget about DeFi on ADA, its a pipe dream.

Sure, there are potential workarounds (making it a loooot more centralized) and the issue has been laughed off at AMAs. But now, with the net going live we already see the issue was not patched out or addressed at all.

Good luck with that and be really careful when it comes to Charles Hoskinson. Do you know how and why he got kicked out from the Ethereum team and what they have to say about him?