Doom and Gloom It's Stacking Season! 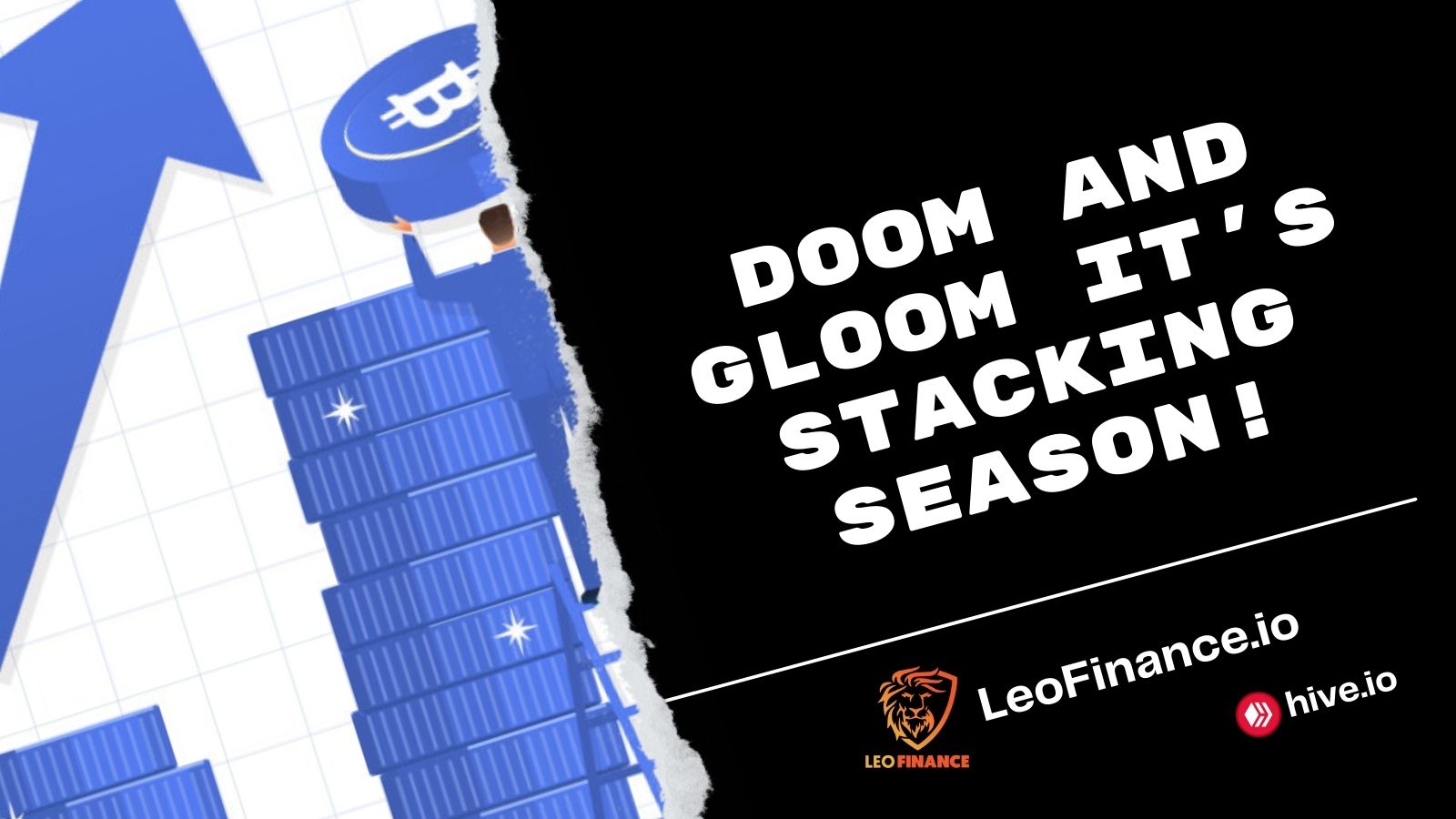 Doom and Gloom It's Stacking Season!

It feels like there is no shortness of bad news across all aspect of the world.

There's a huge amount of negative pressure not only on crypto but on the world markets and this comes at a time when we are trying to recover out of a 2 year global lock down. Let me just say it's going to get worse before it gets better and 2023 is most likely going to be one ugly year.

That doesn't however mean you can't make money and come out on top and lucky for you those here writing, curating and commenting on LEOFinance.io

It's Time To Build

I've been saying this for the last year now that it's time to really commit and build. You don't really build during a bull market you celebrate all that work you did in the bear market and enjoy the ride, party and get wasted lol. That's the mentality I get from people who think they know it all and are investment gurus during a bull market. I care about the people making profits during the bear market those are the people that really know their stuff.

If you have stablecoin earning APR or a job and Fiat now is an amazing time for you to start stacking crypto you believe in and in particular those that offer up some type of passive income from them such as staking rewards.

Think about it you could run a Ethereum node today for just $41,000

1 hour of work at $15 a hour minus taxes so around $10 could net you 142 LEO tokens. Imagine dedicating one hour of work and buying LEO tokens with it. After a week you'd have roughly 710 LEO tokens go for a month and you'd have 2,840 LEO tokens a full year and you'll be playing with the big dogs at 34,000. Throw in curation rewards and a article or some comments and you'd be close to 50k LEO tokens after a year. *Granted prices didn't go higher.

You can start to see why the smart ones call this stacking season. The ability to accumulate more crypto tokens in the platforms you believe in is about 3x or better what it was during the bull market. At this rate what I thought was going to be a short bear market is looking more and more like a 2 year bear market of which we are about a year into already.

What tokens are you stacking and like right now? What's your game plan to keep yourself motivated during these low values and keep pushing forward?

You bet! This is the time where future millionaires are made

This is the time we should be serious more hive and earn more hive in the process. Stacking time it is.

LEO definitely is in my radar of tokens. I also started a Grid Spot Trading bot in the HIVEBUSD pair and I got a lot of cheap HIVE while sold in profits in every single upward move, however, the bot is set up to keep the HIVE after a certain range (it says "Lateral and lately bullish on HIVE) so, awesome. It is truly the time to accumulate, to build, to be patient and don't lose grip nor focus. In regards to the bad news, in my country we have a song that states: