The Big Issues With Cardano and Polkadot 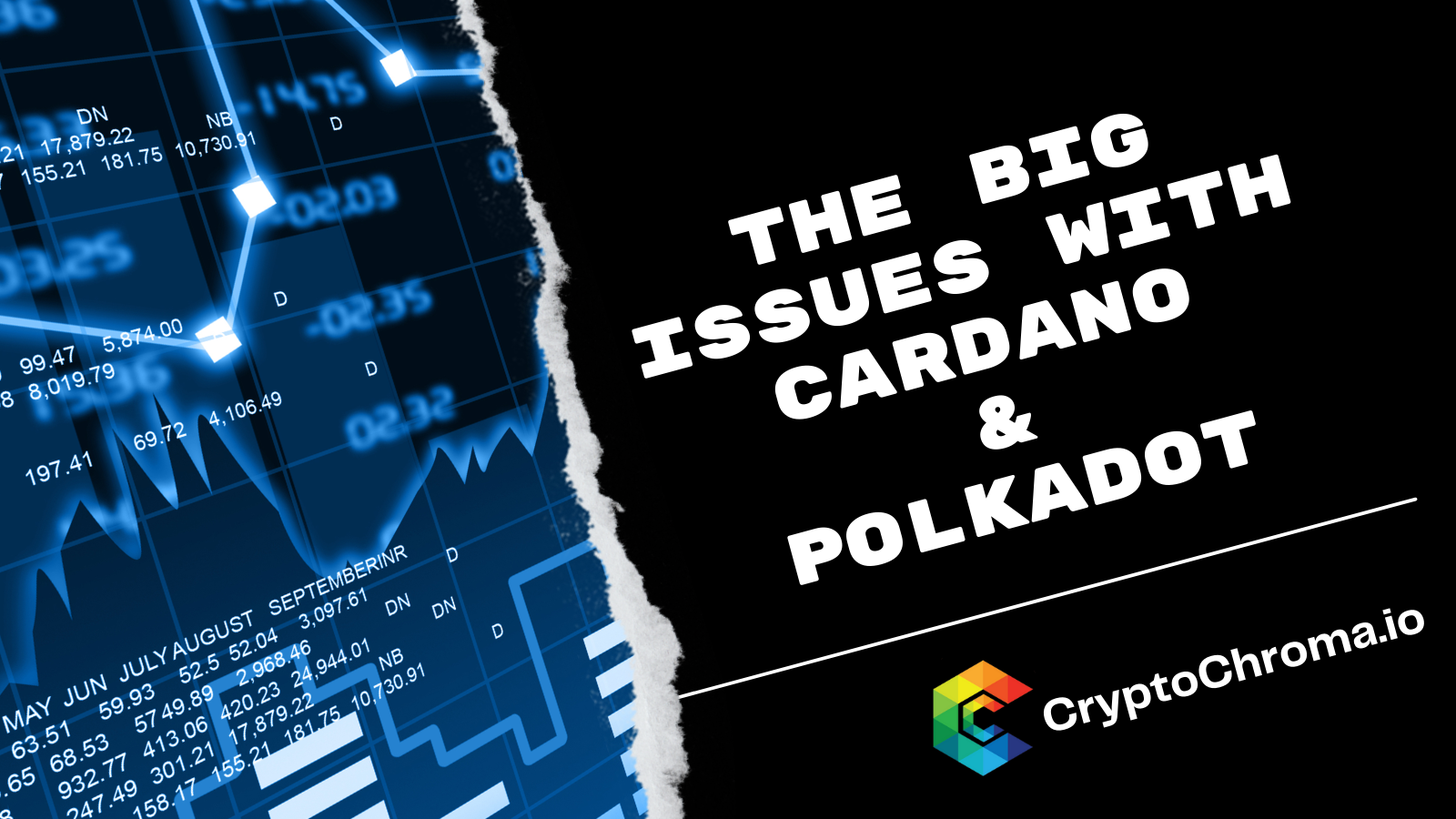 The Big Issues With Cardano and Polkadot

For a long time there was always talks of the Ethereum "killer" where another blockchain said they could do it better than Ethereum. Heck we hear that with Bitcoin all the time but guess what. Both Ethereum and Bitcoin remain the largest market caps of any of these cryptos include those so called Ethereum "killers"

I believe we are starting to finally shift away from that which is a good thing. This shift is now the understanding that blockchains need to work with each other and blend and meld together. No single blockchain (at least not yet and most likely not for a long time) can do everything amazing. Instead most are very good at one or a few things and greatly lack in another.

Other blockchains look to offset this for example Polygon which has worked closely with Ethereum offers up faster transactions and much lower fees. It does this by smart contracts and pooling transactions together and only hitting the Ethereum blockchain once in a while instead of for every transaction.

The Issues With Cardano and Polkadot

The issues with these two platforms is they set out to overtake Ethereum and while they did make a good run of it there are a few core fundamentals that are tagnating the projects.

The first being them wanting to replace Ethereum and that being a big part of their marketing push. The other is the sheer lack of applications and/or applications which have become popular. 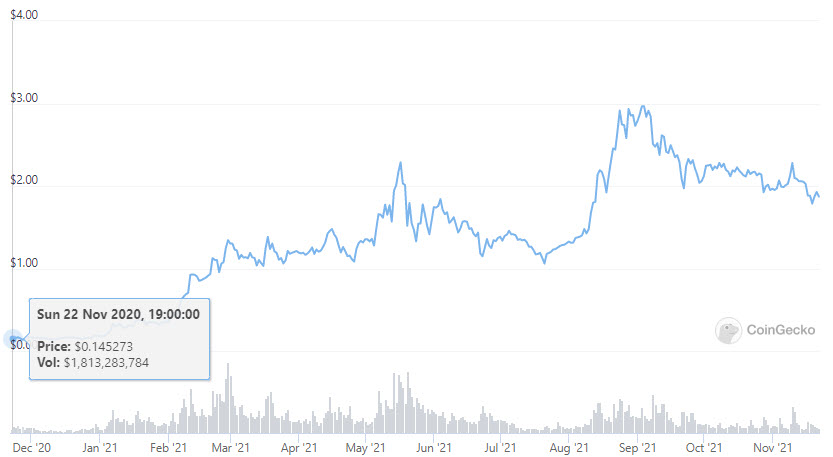 As we can see Cardano has gone a long way from the start of the year. However what crypto hasn't pumped this year you'd be hard pressed to find some. The important factor here is transaction volume which is shown by the grey bars at the bottom. We can see this has slumped a pretty big deal since Cardano announced all its grand plans. 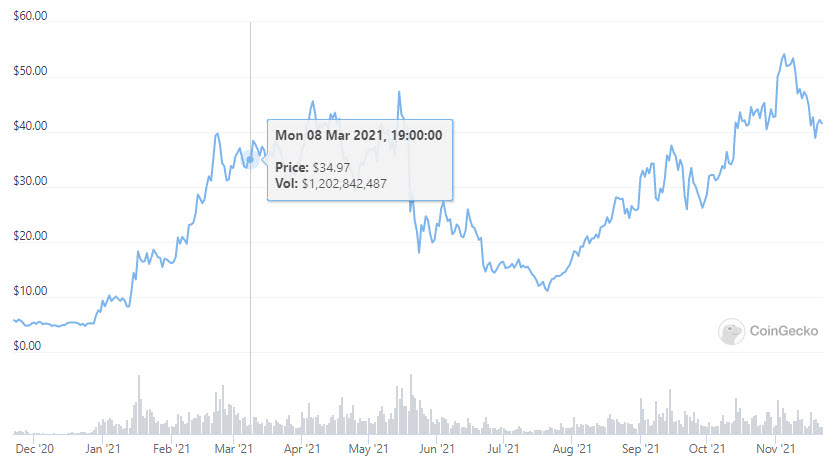 With Polkadot we see the same thing. Prices higher but volume much lower from where it was. This is a direct result of the lack of applications that use these two platforms.

Compare it to Ethereum 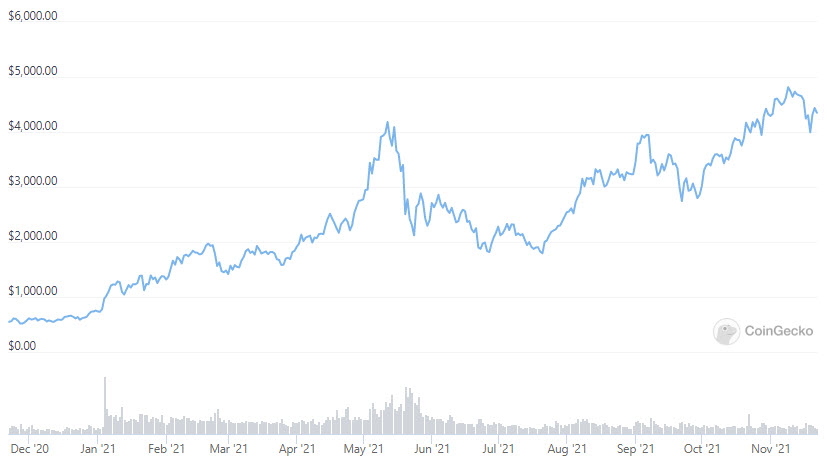 This doesn't mean that Caradno or Polkadot wont grow in both price and use cases. What it does mean however is they have a LONG way to go to become an "Ethereum Killer" which to be honest I myself and I think many others are tired of hearing and would rather blockchains complement each other.

What are you thoughts on Ethereum, Cardano and Polkadot? Let me know in the comments.

Our culture is inherently competitive but I think I can see crypto changing that. I do hear less about ETH and BTC killers these days.

People need to realize that all this bandwidth is going to be required. No blockchain can handle near the volume of the centralized world. Plus, as automation takes place and more in connected, we are going to see the transactions absolutely explode.

This means that all that is being created now in terms of blockchains is going to be needed. What is actually built upon them remains to be seen but the core need is there.

I never gave bandwidth a thought. I do own a website and took the bandwidth allocation into account when making my web hosting choice.

Do you think it is possible for a BlockChain to grow too fast?

I am a very small fish in its enormous ocean. To be a killer of anything the new thing needs to be so awesome that 70% of the users jump over to the new thing. For example when Facebook became the new MySpace. Since then nothing has become the new Facebook just other social media platforms that people use with Facebook.
I don't think there will ever be an Etherium killer.

I think dot brought an idea but it failed to develop anything more and ADA well if people arn't out of it yet they're going to lose big time. It too is failing to deliver on it's trajectory. With projects like Terra and Secret launching I can't see a utility for ADA and Polkadot. That being said Dot is a good utility as a part of interoperability but not a stand out chain on it's own.