The Virtual World Is Almost As Expensive As The Real World 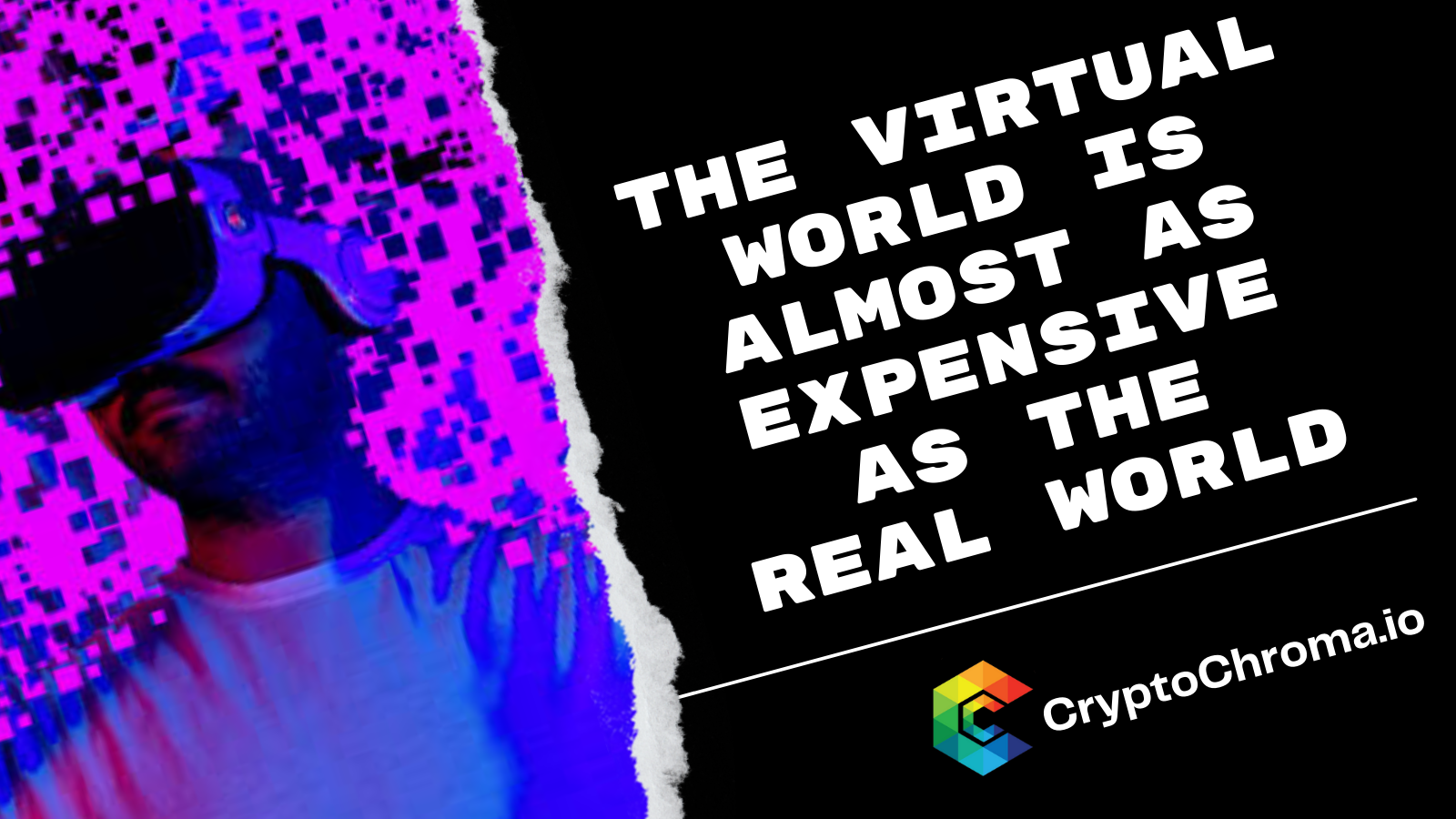 The Virtual World Is Almost As Expensive As The Real World

Crypto has come a long way it's much more then just a currency now and instead it is representing things with the introduction of NFTs and virtual worlds / metaverses.

Personally I don't think a metaverse will take over the real world. I do believe it will grow but I feel we are still a FAR away from a real metaverse but we will see little bits of it here and there.

A game called Decetraland just sold a virtual real estate asset for 2.4 million dollars! The entire idea of Decetraland is to have a virtual world for people to meat up and hang out.

I have to say it doesn't look all that bad. Out of the many metaverses right now it's one of the cleaner more beautiful of them with its simplistic design.

The people behind buying the 2.4 million dollar plot of land bought it in what is called the "Fashion Street" they are expected to host shows and sell virtual clothing for avatars.

If there's one thing we know about gaming and the virtual world is that people love skins and are willing to fork up hundreds if not thousands of dollars for them. It's pretty much like the real world where people buy "things" to try and show off and show status. My best thinking is this same mentality goes into these virtual worlds. That's not a bad thing at all it's just how a majority of people are and will always be. It also means the market cap of this thing has the potential of being huge. Along with sponsors stepping in to host their own clothing lines and perhaps selling them in the real world as well.

Splinterlands also has digital land which is currently going for roughly $750 each with a total of 150,000 plots of land. When you think about it that's not all that much land to go around to the massive user base that splinterlands now has.

I've personally thought about selling some of mine however we at the moment don't know what each plot really is until it becomes unlocked and we trade them in for land in the game. I know for sure I have a Keep and I'm deathly afraid if I sell one plot of land that registered number could be that keep since I can't tell at the moment. This has actually lead me into keeping all of my land and I most likely wont sell any. (Unless a plot of land sells for $10,000 then I might lol)

In just a year we have seen all three of these crypto markets explode. I personally don't see it ever slowing down any time soon. The gaming space is HUGE and the amount of money dumped into gaming is massive. As I said above people currently spend thousands on skins and other items in games but they aren't attached to NFTs. It just feels like a natural progression to really have ownership of it and be able to trade it if you want with others. No taxes/ governments and people should be stopping that!

In the near future, the lines between the real and virtual worlds will dissipate and one could embrace both of them with seamless experiences. We need to open our minds to it and reimagine how we see the world and what's real, even if in the digital world.

Exactly, so many people find it difficult to embrace new things and instead call it a scam and all this other crap without really learning what it all is. It's simply the future.

Thanks for the Pizza!