Tomorrow We Slay Some Dragons 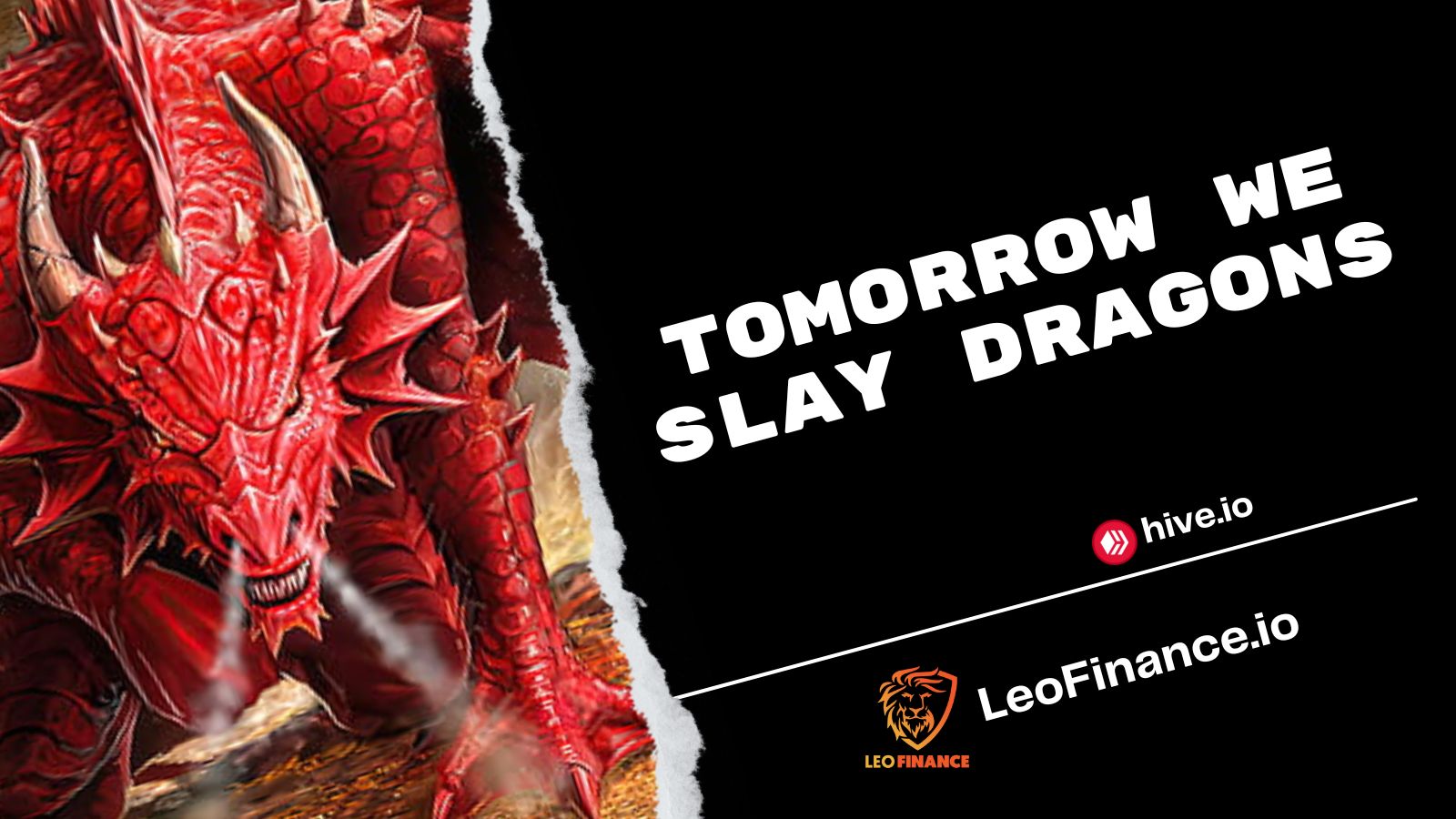 Tomorrow We Slay Some Dragons

LPUD or LEO Power Up Day takes place on the 15th of each month. It was an incentive started a few months back that had an overwhelming response. More community took part and started to see the huge value of staking their LEO tokens earned and to start interacting on the platform more.

Since then we have seen the launch of LEOThreads and a general view that all content now goes on LEO instead of it being reserved to Finance only. While LEOFinance still has that general finance feel I've been seeing lots of other content roll in primarily on threads which is getting votes as well as exposure and engagement.

Since the start of Leo Power Up Day there's been great rewards for a little bit of power up and community interaction. From that we have seen the community grow. Over 50k Leo power is delegated out to winners for three weeks which is enough for any new or early Lion to start stacking a decent amount of Leo and having authority with their voting in Leo Finance.

One big feature was adopted from the Hive power up day which happens on the first of each month. Leo Power up day happens on the 15 so they don't collide with each other. The team worked with @hivebuzz and now for everyone that powers up at least 150 LEO on the 15th during Leo power up day earns a badge they earn on their site. You can view mine at https://hivebuzz.me/@bitcoinflood and clicking on the power up tab.

NFTs have a strong future I personally believe. Sure there are lots of junk projects but there's lots of real legitimate projects as well. LEO is now getting on board with NFTs in what will be known as the slay the dragon event. Full details can be found here on the official @leogrowth account LPUD Slay The Dragon

If you power up 5,000+ Leo tokens you'll be slaying a elder dragon and get yourself 10,000 Leo power delegation for 25 days and a limited edition NFT.

Full details on the look of the NFTs and what they might be used for later down the road are still being mapped out currently.

If there was ever a time to jump on board and commit to a awesome platform that continues to thrive and build on the Hive blockchain this should be your wake up call to get in as much as possible.

LeoFinance is a growing ecosystem and I have a firm belief myself it's going to turn into something really special in 2023 paving the way for major adoption into the hive blockchain and provide real value to its users in terms of a decentralized style platform for people to post on, earn and build revenue from their actions through ad revenue.

I agree that Leo is going to be something special. I actually think it already is.

It's growing each day and innovating the Hive block chain away from long form only content. A huge plus for attracting more people.

Who's going to be the Dragonslayer? 😵

I'm moving some funds around right now to get that top tier one!

Looking forward to it

eager to see these NFTs!

I've been gathering LEO from the beginning of the month for this LPUD, let's see how high we can go and stake.

I feel so silly, I thought I could only post here if it related to finance somehow, UNLESS it was on threads 😅. Thanks for mentioning that!

Hmm I love a good dragon slaying; I'll go check that out now! Excited for LPUD tomorrow, even if I'm more of a squire than a slayer 🤣 !LOLZ


I swapped our double bed for a trampoline without telling my wife.
She really hit the roof!
Credit: reddit
@bitcoinflood, I sent you an $LOLZ on behalf of @grindan

This is really amazing 😍
How can one earn Leo token dear??

Lpud is on us ! A financial ritual on here that has never lost its purpose .

LeoFinance is a growing ecosystem and i have a firm belief myself its going to turn into something rally special in 2023 paving the way for major adoption onto the hive block chain and provide real value to its users in terms of a decentralized style platform for people to spot on, earn and build revenue from their actions through ad revenue.

*This arcticle is for entertainment purpose only and is not financial advice .

Some nice rewards to be had for powering up Leo. I have Leo coming in every day from a delegation so I just power up every day and increase my voting power here. I reached one of my big goals this last week so I plan to power up a little more each week.
!ALIVE
!CTP

LEO Has a lot of cool stuff going on and an awesome rewarding community. Thanks for the CTP and Alive tips!
!PIZZA

It sure does. You're very welcome, @bitcoinflood! And thanks for the Pizza tip.
Enjoy your weekend.😀

This is a special typew of initiative to bring the Leo heavy hitters out on LPUD day.

Something special for those who are here day in and day out, keeping up with what is going on and getting a great prize for their trouble.