Why My Faith Is Still Heavy Into Ethereum 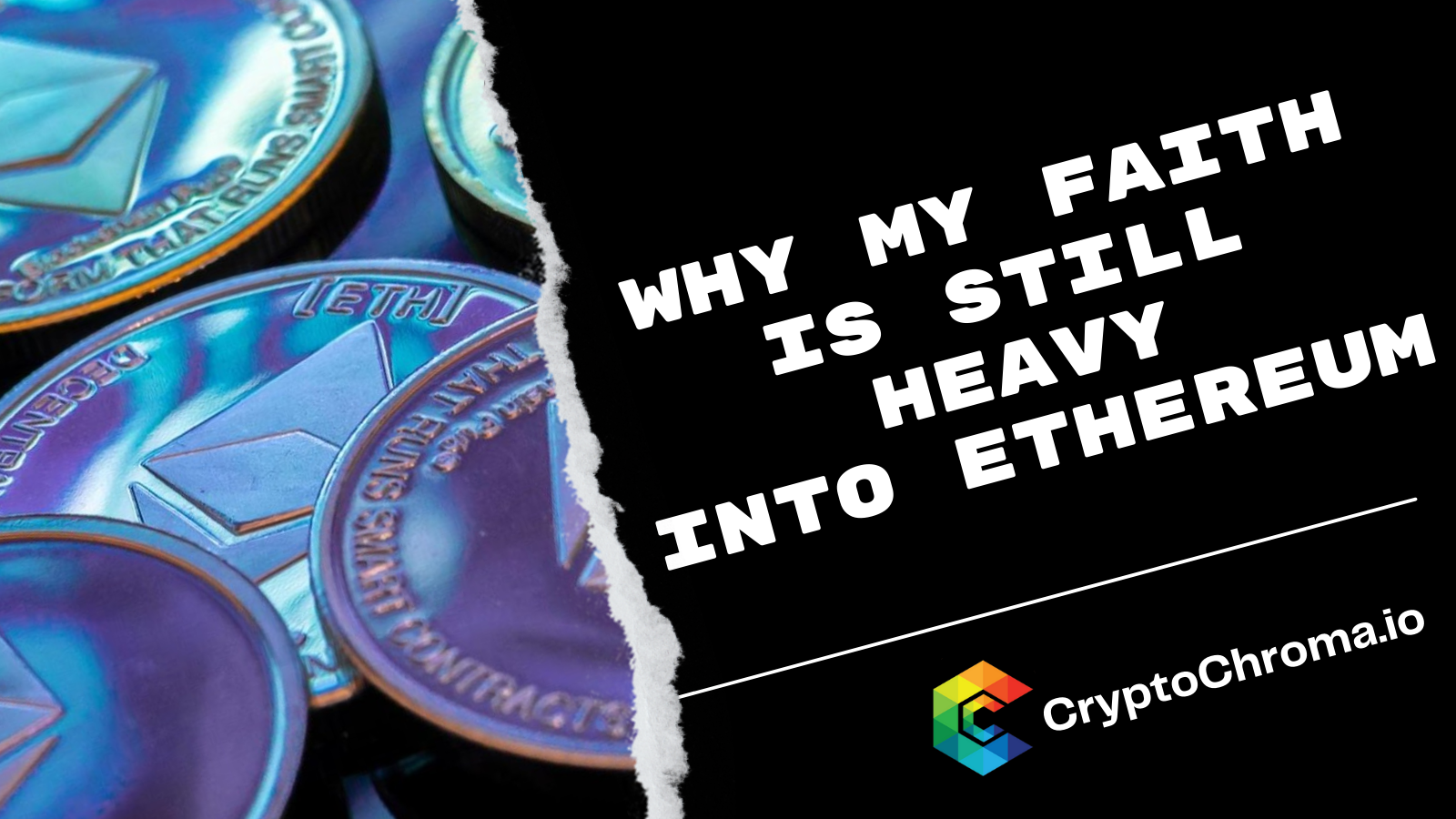 Why My Faith Is Still Heavy Into Ethereum

I get it, high fees suck and slow transactions suck. Both things that have plagued not only Ethereum but also Bitcoin. Has that stopped these two cryptos from being worth trillions? NOPE! And I honestly don't see it happening any time soon.

There are now hundreds of alternatives that offer feeless and faster transactions then Ethereum.

Have any of them come close to overtaking Ethereum?

Are they losing developers?

Nope and Nope if anything it just continues to grow and that's because of all the time and effort both of these tokens made to become solid foundations for future cryptos. A majority of tokens that help reduce fees and faster transactions simply run on layer 2 of Ethereum! Which just goes to show you how core solid Ethereum is.

Ethereum has a strong future. Some might hate the move to PoS or wonder if it will ever happen. The thing is they have a lot on the line so the process of making these updates is slow and heavily tested before it ever happens. That's a negative for sure compared to competitors however these competitors simply don't have the development teams to launch and innovate more and that's really holding them back.

Instead what we are seeing is a remake of 2017 not in value but in terms of the pure shit people are launching claiming it's revolutionary. It's not it's straight up a marketing gimmick and a money grab and we continue to see more and more of these launch and people falling for them. It's these types of projects that give crypto a bad name but Unfortantlly a large majority of the worlds population makes very dumb choices and instead of supporting solid blockchain they jump all over the place trying to make the next 2,000% on a shit coin that does nothing.

One of the BIGGEST fundamentals of Ethereum is the massive developer base. Developers bring innovation, new apps and new possibilities to users of these blockchains. It's only growing and speeding up now including getting more advanced.

Ethereum themselves has about 2,300 developers working on the blockchain every month. That's actually huge and it's up over 200% in the last year as the value of Ethereum climbs so do the job possibilities.

This to be is the bread and butter of value for Ethereum. Other chains have tried such as Binance but let's be honest that company and platform is super sketchy on the crap they do. They also talk big one day about sticking it to governments and then the next quickly fold and dump all your info to the governments. Like WTF not really a blockchain that builds that much confidence in my opinion.

If anything I think the next move is Binance losing a good deal of stake in DeFi to other layer 2 tokens of... You guessed it ETHEREUM! Polygon and Polkadot being two of those main focuses.

I'm with you. In the end Ethereum still wins.

I am hodling my Ethereum. They have a lot of money and will attract bigger money players.

The challenge there is going to be when DeFi integrates into everything. Without scaling and fee reduction, that will take some of the base from them.

I think Ethereum will retain its core developer/userbase as they transition to ETH 2.0, but the worldwide crypto market is still nascent with lots of room to grow. This is where blockchains like AVAX, NEAR, DOT, Solana, Algorand, Telos, WAX, HIVE etc. will get their userbase from - people who have yet to even get involved, and prefer cheap, fast, and easy to use.

Also consider that Bitcoin and Ethereum are the major "blue chip" cryptos, so a lot of blind capital has been thrown at them by wealthy individuals who know nothing about crypto.

I don't like the fees either. What I see happening is a 2nd layer token fixing the fees issue which would only hit the Ethereum network once in a while. This is what many systems do now such as polygon.

As a rookie doing my own research, I agree on the magnitude that ETH could scale... but I'll still find the energy to rant over the ridiculous gas fees.

The energy battle I think is stupid lol people yelling about how NFTs are polluting the world it's maybe 2% of what's really causing issues in our world today. It's just something people like to jump on board without researching and complain about. The gas fees however are an issue and uncalled for, There's no reason to have that high of a fee when there are enough miner rewards already.

Ethereum will only get better from here. The fees being that high is just telling us how much is the network being used so..

It still has a mission to improve with better progress

Etherium is for long term holding..Time will come when the gass fee issue will be sorted and power will be in the hands of the long term investor, who held and made the rediculous gains...Scale it will its use case and what it can do is to broad to fail..Its a machine of the future

Upon the high rate in Ethereum network,it have never stop them from moving. The future of Ethereum is too bright that no other altcoin can have future more than them.