Will GPUs Find A New Blockchain? (ETH vs ETC) 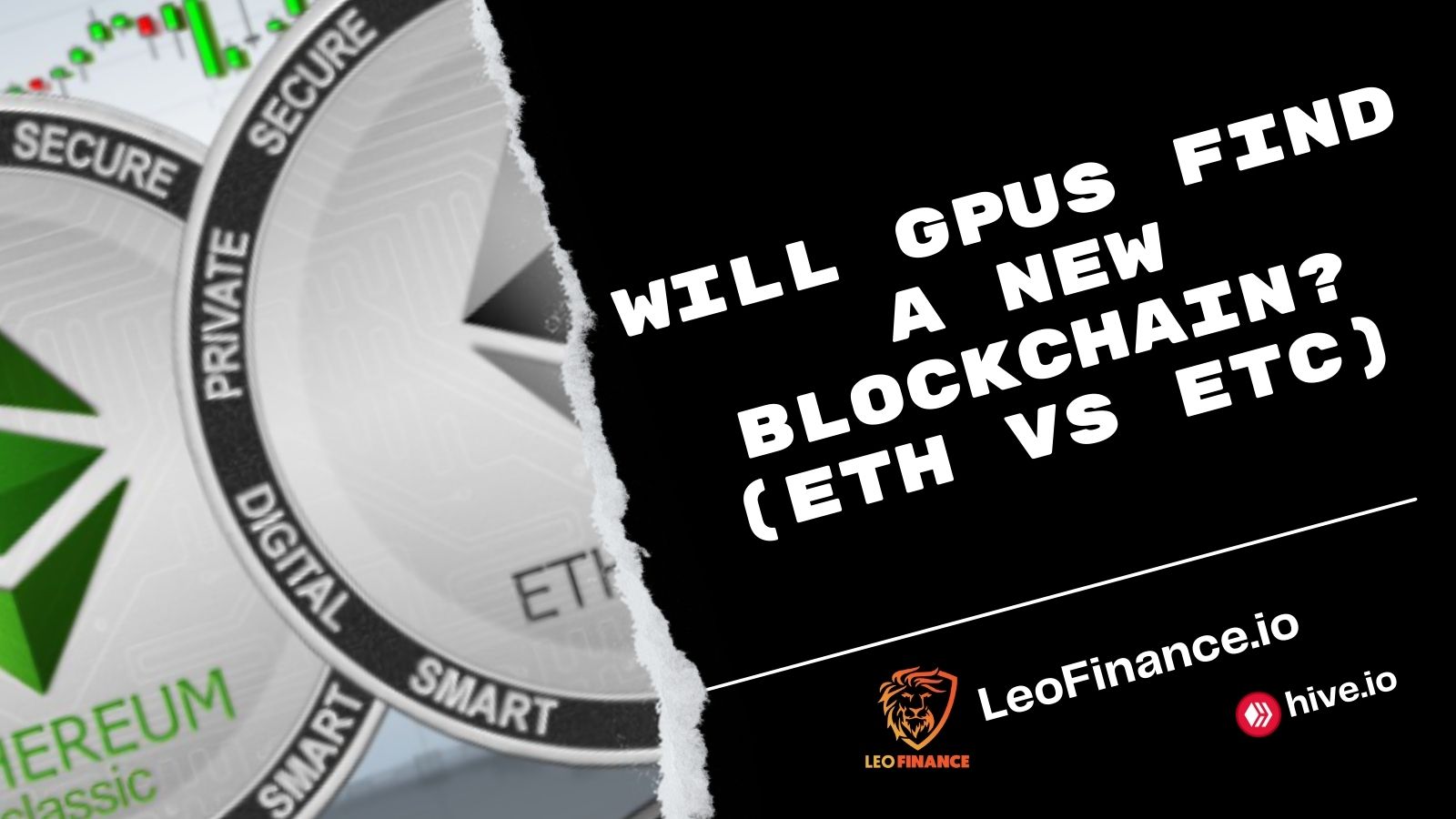 Will GPUs Find A New Blockchain? (ETH vs ETC)

Ethereum is now 7 years old as of tomorrow. It was launched July 30,2015 and it's pretty wild to think this is when I got involved with it and picked it up for an average of $13 a token. Ah how I wish I was making more disposable income back then lol. It's still paid off very well over the years and now with the new change coming there's a lot up in the air as to what will happen.

ETC (Ethereum Classic) was born of Ethereum when it hard forked due to an error that was found. Ethereum classic kept the error as people figured a decentralized blockchain shouldn't be allowed to fork for mistakes such as this. While I get that it's also one very big critical flaw with decartelization the bad guys often win and there are a ton of mistakes that can be made over the course of a blockchains life.

Since then Ethereum has gathered the most attention while Ethereum classic sat around in the background. It's held a decent market cap and a ok amount of mining power.

Primarily GPUs are used and have been used to mine Ethereum. Being one of the hottest cryptos for the last few years the massive increase in both sales and price of GPUs have been a direct result of miners gobbling up thousands of GPUs in warehouses to mine the crypto.

At the time for writing this if I used my 1080ti and mined with it 24 hours a day in a pool I'd earn about $1.80 in profit per day. Not the greatest so I would need hunderds if not thousands of these things in order to start making any sizeable profit. of course newer models like the 3080 could push this up a bit more to about $3 a day in profit for mining Ethereum classic right now.

However chances are you would have been mining with this thing months ago and you'd be looking at only about $1-$2 in profit. It was only two weeks ago that the price of ETC started to pump from $15 a token to now over $40 per along with a drastic increase in mining power. 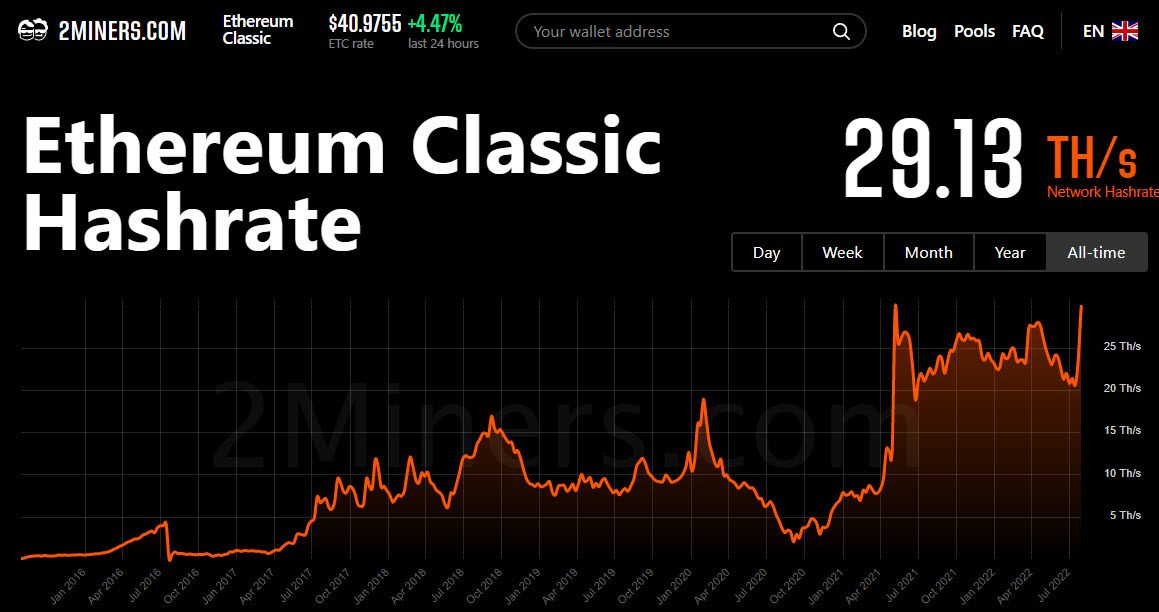 As we can see the closer that Ethereum gets to moving to Proof of Stake we are starting to see some of that mining power go to Ethereum classic which essentially is the same blockchain but will remain on proof of work instead of moving to proof of stake. This has people betting that maybe some big time errors will crash Ethereum and people will instead turn to ETC. To me that's a very far fetched answer and I believe they would instead move to bitcoin or another high end token over ETC but that's just my own personal opinion.

There's one very important thing to keep in mind. The 51% attack that effects smaller blockchains like this. If one single person controls over 51% of the mining power for that blockchain they are capable of doing whatever they want such as double spend etc. With a low has rate of Ethereum classic It wouldn't take much of the current Ethereum mining power to jump on there and take over. Will it happen? Who knows but its a very real possibility.

What do you feel will happen to ETC when Ethereum goes to Proof of Stake in mid September?

Is ETC staying on Proof of Work? I wonder if we see a huge shift in the hash rate over there once the merge happens...

With a low has rate of Ethereum classic It wouldn't take much of the current Ethereum mining power to jump on there and take over. Will it happen? Who knows but it's a very real possibility.

What would be the economic incentive to do such a thing? The attacker would have to spend a boatload of money to pull something like that, even on such a "small" blockchain. Also, I don't think that the attacker would be able to cash out fast enough as most exchanges would catch the exploit very quickly.

Much of the ETH mining is done within pools so a pool if they don't agree with something could very well pivot and do bad things. It's happened in the past and why I don't really like pools but understand why they are needed for smaller miners. Lots of flaws with Proof of work unless it gets big enough like Bitcoin.

thanks for this information. So if I understand correctly ETC is the first Ethereum blockchain, that is, exactly as it was originally thought

I don't believe much in ETC, so I believe that sooner or later the project will lose interest, whether ETH becomes a POS or not. It is my personal opinion and I stress that I am not an expert

What are all these miners going to do when ETH will transition to POS?

The thought is they will move to Ethereum classic or another token. But personally I feel like a large majority will close up shop and well off their GPUs etc.

With ETC back in the spotlight, it's funny to see the Ethereum vs Ethereum Classic debate being reignited.

Man, look at the prices in that blog... yikes!