@bitcoinnews24 -5
about 2 months ago
LeoFinance 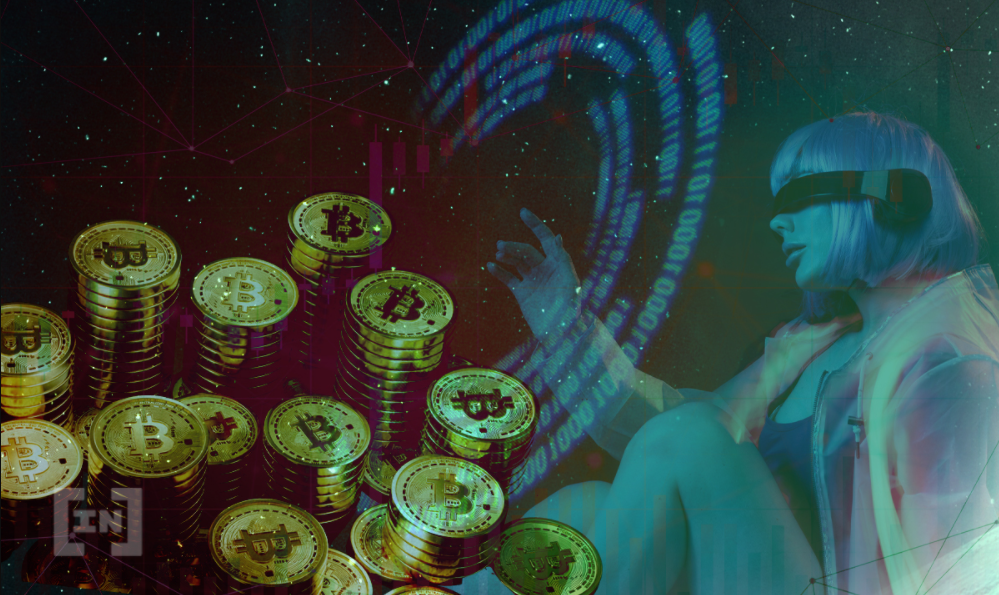 BeInCrypto takes a look at on-chain Bitcoin indicators, such as the BTC balances held on exchange addresses and the exchange net position change.

Both indicators show signs that have previously been associated with accumulation periods.

The amount of BTC on exchange wallets has been decreasing since March 2020. At the time, 3,118,057 BTC (black circle) were held in these wallets. This is an all-time high value that still stands.

Initially, the indicator bounced in April (blue circle). This might have occurred as a result of holders transferring their bitcoins in order to sell them as a result of the sharp fall.

However, since the upward movement resumed in July, the indicator has been decreasing again.

On Nov 25, it reached a new low of 2,425,776 BTC. This is the lowest level since Sept 2018, when the price was trading near $70,000. The fact that BTC is being removed from exchange addresses most likely means that they are being transferred into cold storage.

This is often considered a sign of accumulation, showing conviction by holders. 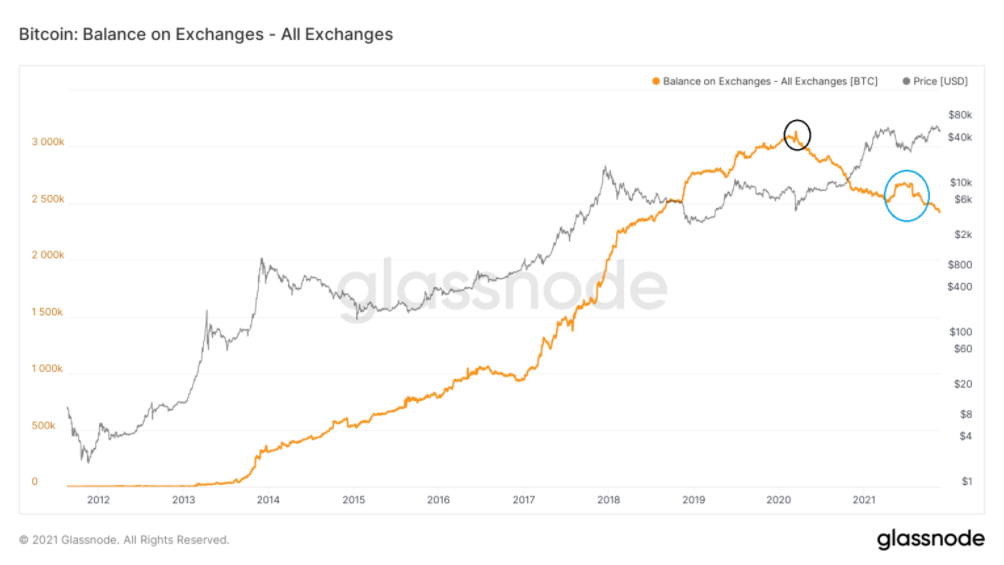 A look at the exchange net position change also supports this viewpoint.

Firstly, it confirms that BTC inflows were positive during the outlined period in April-July (black circle). Since then, they have turned negative.

When looking at the previous market history, it’s evident that positive inflows are a sign of bear markets, while negative rates usually occur during accumulation periods. Inflows have been mostly negative since the beginning of the current bullish market cycle in September 2020.

Conversely, inflows were positive for almost the entirety of the 2018-2020 period, when BTC was correcting from its December 2017 all-time high price of nearly $20,000. 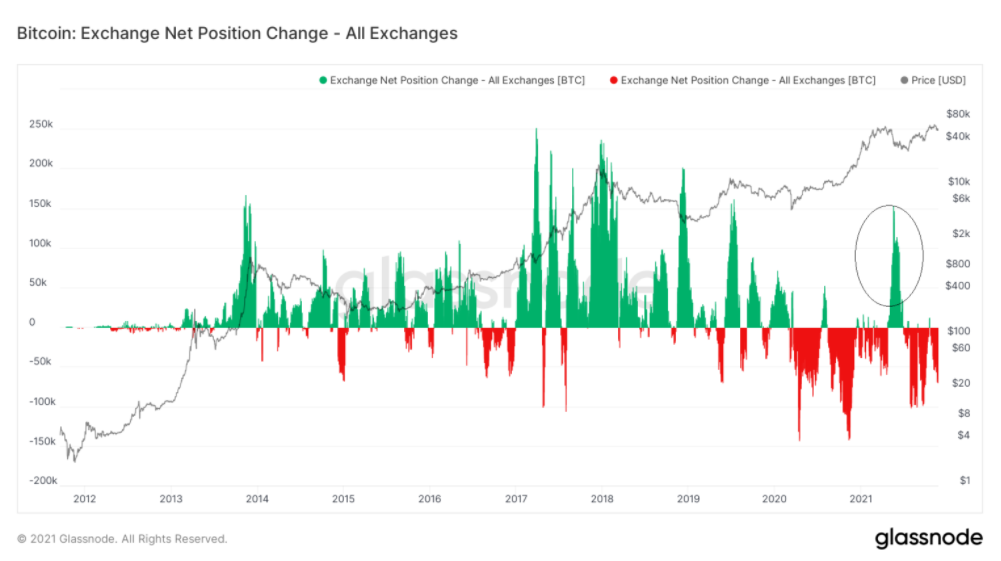