A week of powerups! 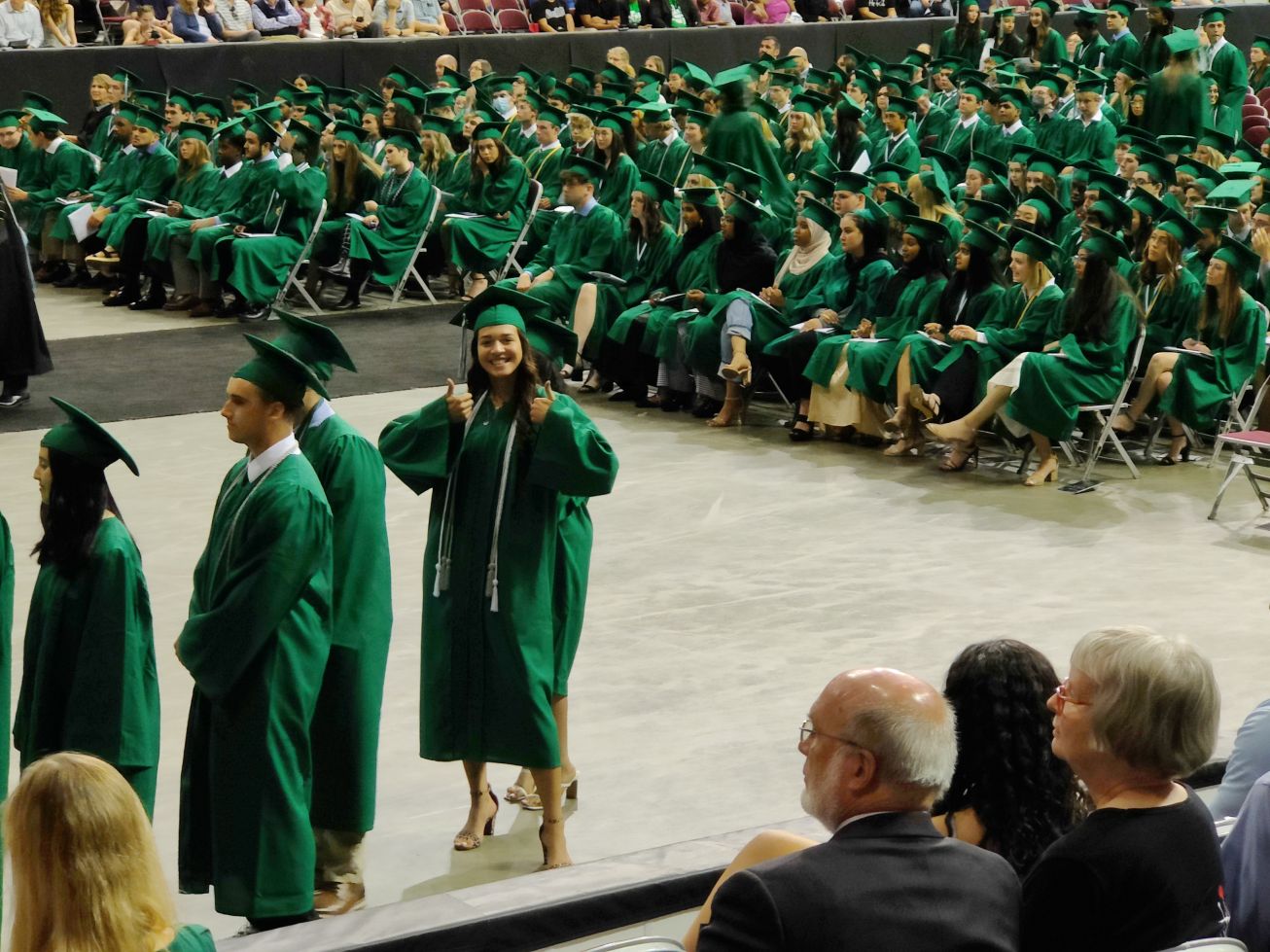 I know it is only Wednesday, but for me it has already been quite a week. I am just getting back into the grind after being off for the past five days. In addition to a long holiday weekend, I also took a couple of days off so I could head down to Ohio and watch my oldest niece graduate from high school.

Definitely a power up for her!

I am really proud of her and the woman that she is growing up to become. It is hard to believe in a few short months she heads off to college. My wife and I are going to cherish all the time we can scrounge with her this Summer.

In addition to that, it was my birthday this past weekend. I guess you could call that a power up right? Maybe it is actually a power down. Who knows. Physical things definitely aren't getting easier to do and my body doesn't recover nearly as quickly as it used to.

Finally, since it is June 1st today, I did that other power up that you were probably expecting this post to be about.

That is probably one of the biggest power ups I have done in a while, and it was actually a pretty lucky turn of events that got me there.

When the Splinterlands SPS licenses were just about to go on sale, the price of vouchers took a pretty big jump. Everyone was scrounging to get as many as they could to drive down the price of the license.

After the initial phases of the sale were over for the SPS node licenses, I waited for the price of vouchers to slowly start to decline. Eventually, they hit a level where I was able to buy back in for a fraction of what I sold them for.

I ended up making about $400 USD on the whole voucher flip thing. It's not really life changing money in the US, but it also isn't too bad either. I am powering up 200 HIVE of that, I used some HIVE to buy EDSMM tokens off the HIVE-Engine, and I am going to leave the rest liquid just in case we get a sudden HIVE price bump here in the future.

I'm really happy how this played out and I am really thankful to the fellow Hivian who shall remain nameless that gave me a heads up on the price of vouchers.

It's probably one of the smartest and most successful blockchain moves I have made to date.

Definitely a lot of "power up" moments in the past seven days.

Here's to another year of power ups!

As I understand it, you planned to buy a license, but its price did not meet your expectations? Or was the operation with vouchers a planned action? Yes, congratulations on your graduation!

Yeah, licenses were pretty expensive. I also don't have the hardware to run it right now. Thank you!

Yes, sometimes our expectations are not justified and what we want turns out to be unattainable for various reasons)

For sure, it takes a bit of patience and prudence sometimes!

When I look at the guys' calculations. who bought a license and say that it is very profitable, I believe them, but when I tell myself this, I do not believe myself. lol. My final debit and credit do not converge, there are too many variables.

I think a lot of it is speculation right now too. I have seen numbers like $4k USD per year, but that isn't guaranteed. It makes a huge difference if you aren't in a gambling mood!

The voucher rate, the ATP rate, to the hive and the hive rate to the dollar, there will be bonuses, or not, you will get to the TOP. or you don't, it's very difficult and I think it's an acceptable risk for a crypto millionaire. who is not worried about temporary obligations, for example, you plan to solve some of your problems using the proceeds, but it’s not a fact that you will see a return in a year, but perhaps in a year and a half or two. It's not something I can afford to play, although I can buy a license. I understand that on the SPT coin, I will earn much more in a year.

For sure! Great points!

I understood that you said something encouraging, but I have not seen such phrases before and the translator does not give me an association with what I heard earlier, what do these two phrases mean? sorry. if I bother, it's interesting to learn something new for yourself)

It's no problem! I said: I agree and you made some really good arguments in favor of your point of view.

Thank you very much now. If I see these phrases, everything will be clear to me. Have a great day!

Looks like you had a whole series of powerups! Enjoy every single one of them as you celebrate another trip around the Sun. Oh, and don't worry about that aging body of yours, If you can hang on until 2045, you'll be able to order a new one! :)

2045 shouldn't be too much of a stretch for me. Assuming my luck holds!

Congrats on managing a nice power up today!

Lol. If birthday is power up or power down we can never decide. Whatever it is, it is something we celebrate and use as refrence for many things. So let me wish you a belated birthday

Congratulations to your niece being graduated from the high school. It definitely is a power up.

Congratulations to you as well for getting good profit for splinterland license and the 200 hive power up.

Thank you! I appreciate that! The whole growing old thing is just kind of whatever these days... You never quite know what the next year is going to hold for you!

Thank you! I am hoping to spend some time over on Listnerds myself today!

Thanks for the reminder. I thought yesterday was the 1st and powered up. I just did it again.

Let's hope so! I'm seeing a bit more green in the charts than I have in a while, so that is a good thing!

Congratulations on your niece's graduation! Big cherish and !LUV to her.

Also, congrats both on your PowerUp & the Voucher flipping move. Went out alright.

!PIZZA for you friend. Welcome back.

⚠ The LUVbot will soon require that no other ! commands accompany it. Details here. Hivebits (HBIT) has already employed this.
0
0
0.000
Reply

Yeah, I think it turned out pretty good! It was a blast celebrating with her this past weekend!

That's a fantastic profit if you ask me :) And congratulations on your 200HP additional stakes.

Yeah, I was pretty happy about it. I almost couldn't believe it given the type of market we are in right now!

You took the opportunity and it did you well :) It shows that one can make profit even in a wonky market

Thanks, I appreciate it. yeah, it was a good stroke of luck and timing for sure!

Happy birthday! After a while you can sort of dread them, but getting older is better than the alternative ;)

Nice power up. I added a bit extra this time as I'm doing well from various things. I sold a few vouchers, but may have missed the peak. There are too many things to keep an eye on.

There are way too many things to keep up with! Which I guess is good for the chain when you think about it!

Very nice move, you deserve to have that $400 profit.
!PIZZA for the amazing trade.

Nice trade. I should have thought about doing that with the VOUCHER-related sales but I do think it's more or less linked to Hive. So unless your convert fiat and wait in fiat, it becomes harder to manage the numbers.

I've missed so many of your posts I'm enjoying catching up. Congrats on that flip and I'm glad you got to make it to the graduation.