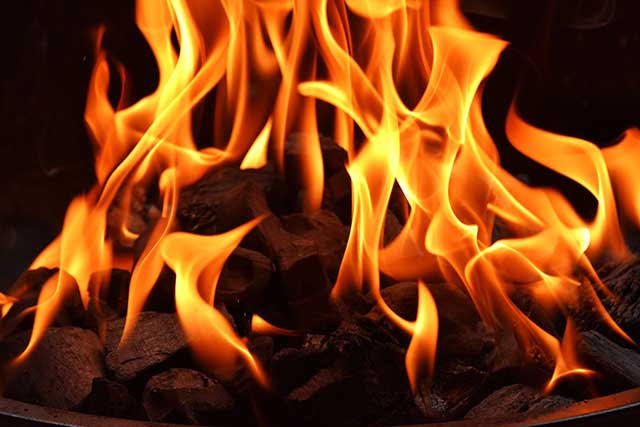 Proof of burn is a Consensus Algorithm that requires the burning of coin in other to validate transactions. Proof of Burn consensus allows the use of minimal nodes, making sure all active nodes and participating nodes must come to an agreement in the whole blockchain network. It is one of the best algorithms used in the consensus mechanism and this also makes the cryptocurrency not to spend coin in a double dimension.

Proof of burn also gives the miners the ability to mine rightfully, making sure there is no fraudulent activity happening in the blockchain network. This serve as a way where data stored are being validated. Proof of burn also works like proof of work but with a lesser energy consumption and not requiring computer wise resources and mostly work without relying on mining coin hardware.

Proof of burn is similar to proof of stake but there is a little change in them, both of them mainly deals with coin interaction in other to make a valid and secure network, coins that are used in POS are not deleted or erased permanently thereby giving the users access to them in case they want to exit the network or resell their coin but in POB coins are deleted permanently whereby there users won’t be able to access them when leaving the network.

Proof of burn actually generates addresses without the use of a private key and such addresses are mostly rendered useless and not being able to be accessed. Proof of burn increases its inavailability in the market and by this the rate at which the burning occurs is very low.

Reason for proof of burn protocol

The main purpose for establishing proof of burn was to minimize working ability and time consumption when mining in the bitcoin blockchain. PoB have been able to find a way in generating blocks and making sure they are being verified thereby making it necessary to make a sum of token or cryptocurrency which can be converted to money. Blockchain transactions are verified most time when miners are carrying out their various operation in a blockchain.

There are several cryptocurrency projects that uses the Proof of Burn (POB) consensus protocol, a few are;

Factom (FCT)
The process that occurs using factom is called burn and mint meaning that tokens works through a policy in the factom ecosystem called monetary policy. Which says that datas which is burned as tokens are committed to the blockchain.

Slimcoin (SLM)
Slimcoin uses bith POB and POS for the creation of its token and this also occurs when burning occurs in a virtual mining process.

Advantages of proof of burn
Proof of burn is sustainable in power consumption, its power usage is much reduced compared to other mining platforms.

They make use of virtual mining rigs meaning that coins are burned virtually without the use of hardware.

There is minimal centralization in the distribution of its coin

There is reduction in market scarcity

This makes sure there is a good and long commitment between the miners and the mining platform.

There is high security and stability of the network which gives the miners the ability to burn coin and tokens.

Disadvantages of Proof of Burn
There is delay in the verification of miners work. Its more slower than in proof of work

There is no much efficiency and tight security, there is no probability of handling a larger scale production.

There is no transparency in coin burning by the final users

There is high risk of loss when there is no guarantee that values of burned crypto are being recovered.

Proof of burn deal with little consumption of energy thereby making sure miners are an agreement by making sure coins are burned. There is no need for large computer hardwares

Congratulations @brainylady! You have completed the following achievement on the Hive blockchain and have been rewarded with new badge(s) :