We Are Now Bringing You Hive Dividends.

@brofund 72
4 months ago
The Man Cave I have been listening to everyone in the Man Cave for a while now. There has been a growing unrest that our dividend pool has been drying up over the last several months. I have tried to compensate this by foregoing my cut of the hive engine dividends -- but this has proven to be not enough. We are giving out less and less each and every month and it's becoming more of a problem on my shoulders.

In fact it's a problem that I've been playing on in my head for a few months now.

Luckily, I've come to a solid (and I would say a sound) conclusion. We are going to swap to hive dividends in the next week or so. There will be an overlap of earnings, and then hive engine dividends will stop.

Most of you that have been in my discord will know that I have been playing around in, and have done pretty well in a few BSC projects. Luckily I was smart enough to create a few BRO wallets here and there in projects that allowed me to grow in. Thankfully, I'm at a point now in one of them where I can open up a dividend system to the BROs. I can sell one day, and save up the following. Basically it will work like this: I sell the token that I earn and I buy hive with it and give it to you guys in the form of dividends.

Currently, I am making between $40-$50 per day. You will get this every other day. But that's not all. Any other exciting project I get myself into I will create a BRO wallet too. I already have two others that I've not made public yet because they are not ready yet.

You will also get whatever we make from the racehorse gamble. I have decided to instead of growing our HP, send out whatever we get weekly out in a dividends payment. I cannot predict this because the project hasn't launched as of yet. However, I will keep everyone informed in our discord. We grow our HP nicely on @brofi -- you get a cool 17% APR with that one.

The more I grow us in these projects the more dividends you will get, provided they stay around the same price! It will go up, and down, but I will be trying my best to maintain a regular flow.

As for the hive engine tokens that we receive I will be using those to fund the dev work on CineTV. Anyone that has been close to what we're doing will know that I am sinking lots and lots of money into the development, front end, and the marketing of Cine. So in the next few days they will be used to part-fund Cine development, or at least take some of the weight out of my own pockets.

We predict that after 3-4 months we will no longer have high developer fees, which will bring costs down considerably. I plan to use the hive engine tokens for something even more cooler! I will convert them into swap.hive and we will create a brobank. Once we reach a threshold the Dragons can vote on a project to throw the money into every time, growing us exponentially outwards. Could be hive related, or whichever chain they choose. As long as it's worthwhile.

As for the Dragons Den I misread a massive trend downwards. Let's just say the rug was pulled from firmly under my feet and I was caught with my pants down. So I will be delaying this until I feel everyone is settled and we have found a floor. Then we can move forward with it. I don't think it would be fair to ask people to fund projects in a rapidly decaying market. 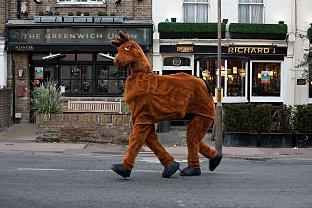 Sadly 'Brofund' got fed up with trying to win races and making the good people of Hive rich and decided to go to the pub instead!

what is your BSC projects?

Right now? Splassive and Cryptojockey. A few more, but I'd rather not talk about them until my wallets are full. All good man! I know things get complicated. I enjoy seeing the dividends when I get them but don't sweat it when I don't. I know things like this are about the long-game instead of the short.

Oh you will still get them. Only in hive this time. You wont have to wait either. I'll stop the hive engine ones once I turn on the hive faucet!

How does one get involved in this? I’m interested!

I’m a bit sad to admit that this is equally unknown…but this much I think I can figure out through Presearch. Thanks man!

You can buy BRO on Hive-Engine or Leodex.io ;<)

And, so basically I would receive (at some point) Hive dividends based on how much BRO I’m holding? Seems rad! Thanks!

Wouldn't a more balance way be better? E.g. 50% dividends from every project, that why the projects can still grow, just a bit more slowly? :D

Easier to do it in just plain hive. That way there's less chance of your dividends getting a lot lower!

appreciate both of you!

When the swap happens, what is the rough BRO balance to keep continue getting dividends and does it accumulate if you don't have enough for that day?

it's nice to see the retroactive response to the changing in the markets and good on you.

Will look forward to seeing this how this will go :)

This is awesome! No matter how nice token drips are, in the end - in my humble opinion - Hive beats them all.

I used to get BRO for my delegation, are they stopped now ?

I think you would still get it but only if you delegate it to brofi I think.

You can also consider delegating to @indiaunited. You get 100% curation reward share. You can support manual curation from Indian community. :)

I delegated them my Leo / STEM, if I am not getting anything for that, then probably I should reconsider ? And about delegating my HIVE, I plan to withdraw them in the bull market, so as of now just earning whatever possible to keep what I earn.

Yeah the token based earning stopped. So no point in delegating the tokens to @brofi anymore. You can delegate your leo to @india-leo which again shares 100% curation rewards with the delegators. Definitely better than Brofi I would say. And also you would be supporting manual delegation via the Indian community on Hive.

I know I already asked you and you replied. But you should consider joining Discord. It becomes easier to have conversations with you and we have so many Indians in the community. 🙂

All right, I will delegate my Leo to @india-leo , if delegating to @brofi does not return anything. And will withdraw my STEM and see, who I can delegate to. About discord, to be very honest, I am just trying to offload myself from everything - that is the reason, I am not even trying to write posts on a daily basis. So discord will be things past retirement :)

It takes a lot of work to get everything going. What you are doing is worth the wait. Thanks for the update.

Congratulations @brofund! You have completed the following achievement on the Hive blockchain and have been rewarded with new badge(s):

Wonderful news here, I love H-E projects that pay in HIVE <3 ;)
Thanks a lot, @brofund :)
Currently I get daily drips of BRO by @youarealive and @dhedge-drips, are you aware of any other projects and alternative ways to get BRO ?
I think in the past there was delegate HP to get BRO, is that still up and what are the terms if it runs?
Cheers!

Have some
!PIZZA
!ALIVE 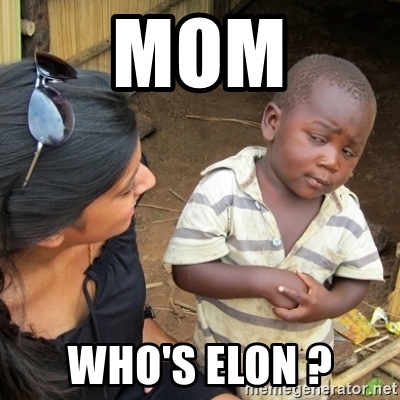