RE: Maximum reward - A draft of a proposal

@calumam 64
about 1 year ago
Proof of Brain

(probably missing some, but it's quite the circle. https://hivestats.io/@calumam)

characterized by malice; intending or intended to do harm

Please, if you are able, can you state what harm is intended? I think some clarity on this would be important for the community.

I'm curious because I noticed your downvotes on @lucylin's comment votes as well as his posts. So some clarity on your definition of "malicious" would be fantastic. Not just for me, but so that the community can understand what is deemed as malicious so they're not hit by your downvote too. You also removed my vote to @shubhwaj on this comment. The guy made a funny? 1.8 POB? Alright, seriously now, what's your definition of malicious?

Disagreement of rewards? Well, back it up. You seem to pick and choose who you downvote but still drop the occasional comment saying what is over-rewarded.

so alfa, why do you not downvoted then?

P.S. with your definition and explanation about the malicious nature of the votes (which you'll obviously share, because you love replying to me), just so you don't throw your friend under the bus, @vempromundo is also followed by @richardcrill's autovote. He's supported by this "malicious circle-jerk voting" by proxy.

Ask yourself if you are reading along... is this unnecessary drama? or is this genuinely important since @onealfa is the #2 stakeholder on the platform?

so alfa, why do you not downvoted then?

Reason 2:
I must carefully save my DV's for the most important cases, as I get ONLY ONE DV per day

Thx for mentioning chaps :-) - are we getting along with each other? Sorry i have not a lot time to follow all on the tribe

Me and Alfa are best pals. Just trying to get some clarity really, I didn't do very well in school and I'm wondering if my teachers were using a dodgy dictionary. 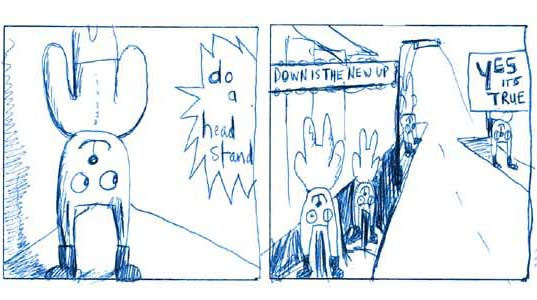 *posted a few hours ago in my comments...

Although , it does make for some excellent material for my upcoming 'welcome to hive' twitter campaign.
(The talent for large stakeholders to continually keep shooting themselves, knows no bounds).

"..I'll destroy the integrity of the hive platform with my own actions, and in so doing, I'll also reduce it's future potential token value - and my own wealth...and that's because I'm clever.."

...Very similar , in fact, to someone in a shop saying 'don't buy that, it's crap' - but without ever actually interfering with another persons actions.
I.e. totally unlike the downvoting mechanism , which rewards tyrannical behavior...(One so loved by the loser commie mindset of the bully).

Down voting is not a function of the free market.

It's funny...they always downvote, but never actually try to take me on and debate me instead ...and we all know why that is.

The down voting will continue until morale improves !!!

Whatever is happening here I don't really understand, and I don't know where the problem is here. I hope this is just a debate that won't destroy the relationship. I don't know who is wrong and who is right. I just want to say thank you for mentioning me here.

It seems like they're debating more than anything. I find that people are quite passionate about governance on POB.

Yeah it seems like it, arguing for an idea to make the POB platform better is a good thing. As long as they don't argue that could ruin the friendship. And we all here have different opinions, so with a debate like this an idea will be born that can make the pob platform better.

The other is positive Downvote. When seeing that a post exceeded this value, people could perform a Downvote so that it goes back to 200 giving a functionality for the Downvote that does not generate hate or retaliation.

I think not need to do downvote if anyone gets 300 pob on their post, but they just need to stake a portion of the pob. For example, if their post is 300 pob and when they claim it will be 150 pob. So they have to do staking 50 pob. lol

Personally, I think those two are beyond the point where they'll stop having conversations. I feel like they're professionals, to a degree. I've seen onealfa curb his position, as well as, calumam.

It's the nature of the system. You've got different people, across planetary regions and timezones, trying to communicate. Both literally have vested interests in the ecosystem and both have gained their experience via different methodologies. If drama didn't come out of their conversations, I would be surprised...and impressed too if I'm going to be honest.

I believe in @calumam. I also believe in onealfa and everyone else who chimes in with their honest opinion. Christ if it wasn't for cal's interactions I never would have invested in POB. If either of them didn't call out certain questionable behaviors we would have collapsed long ago. The drama is good because it is visible and above the surface. I would worry, if the drama became quiet and discussed in hushed tones.

The end result of that would be fatal.

The only malicious circle I'm part of!