The freedom convoy has really made waves not only in Canada but around the world, we've seen instances in France and New Zealand and the idea of going back to the way things were are becoming more prevelant. The Canadain truckers have not only had vocal support from citizens around the world but financial support through fund raising services like Gofundme and GiveSendGo which have both been captured through regulation and funds seized or stalled.

To bridge the gap, several bitcoin donation projects sprung up with the most popular being tallycoin, raising over 21 BTC in a week, that's a considerable amount if you think that 19 million USD had already been blocked through those centralised services.

As funds can now get to truckers without using traditional financial rails, we've seen the Canadian governement become even more hostile. In a response to the bitcoin work around, Canadian Prime Minister Justin Trudeau this afternoon invoked the Emergencies Act for the first time. A law that had remaind dormant since it was passed in 1988. 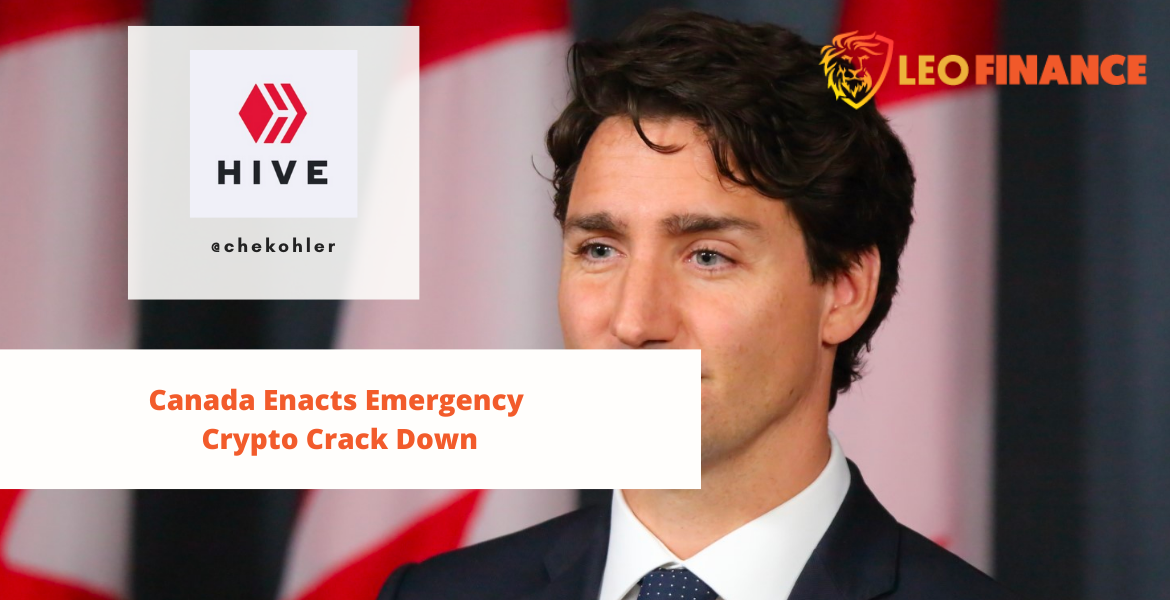 JT's BS is off the carts

"This is about keeping Canadians safe, protecting people's jobs, and restoring faith in our institutions," said the prime minister. Though the Emergencies Act allows for the military to be called in, Trudeau, for now, said he has no plans to do so.

This is literal madness.

Canada's Deputy Prime Minister says, under the Emergencies Act, banks can immediately freeze or suspend bank accounts without a court order and be protected from civil liability.

Is this still a free country? pic.twitter.com/IzAALIxzbB

The emergency act has a distinct focus on protester finances with the main takeaway being financial institutions can now freeze bank accounts without a court order or fear of civil liability. It just goes to show it was never your money in the first place.

The Canadian government is also broadening the scope of Canada's anti-money laundering and counter-terrorist financing rules to apply to crowdfunding platforms and the payment service providers they use. These changes will also cover all forms of transactions, including Bitcoin and crypto.

How has bitcoin reacted?

We can never point a bitcoin increase to one thing, but I wouldn't put it out of the frame of reality that people would want to acquire something that cannot be blocked and can be transferred anywhere. If this attack is not one of the best advertising for why you need bitcoin or why you need to store your wealth in bitcoin, then I don't know what would be. 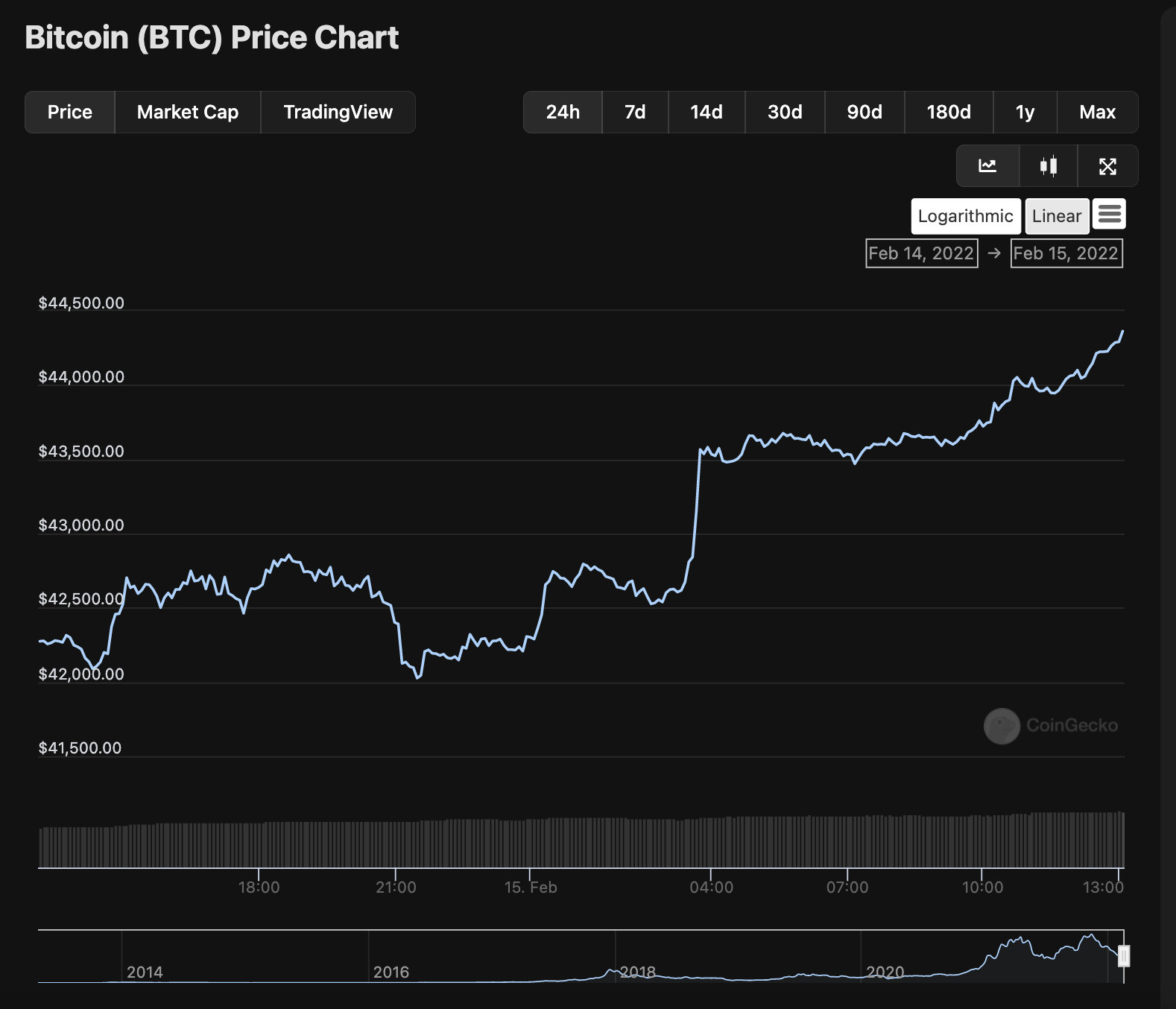 Bitcoin is everyone's money, there is no discrimination and no special rules as long as you abide by the laws run by the nodes, you're free to do as you please with your portion of the assets of the network. A function of bitcoin very few value, but its clearly becoming more important as tradFI and governments continue to alienate and not serve the interest of their customers and citizens.

I did not understand what the protest of Canadian truckers was due to. What is it due to?

thanks for the clarification. Even here in Italy we are moving towards a relaxation of the restrictions… everything will be gradual and all restrictions should disappear in June

I don't like the crackdown either but is there anyone really stopping the transfers from those crypto wallets? I think the only ones who might do something are those KYC exchanges because of the influence of banks. I highly doubt individual people on the network would block these transactions.

Personally I think it's a power grab and they want to stop the protests. It just seems like they are just trying anything they can do at this point.

The addresses have been flagged and regulated exchanges have to report them, if funds from those wallets are moved to any of those exchanges, you can always use bisq and coinjoin or submarine swap into lightning or liquid and then back out into a coinjoin or use a P2P trading site so you can't stop or keep track of the funds forever

The Truckers won. Provinces are now ending all mandates. Canada is now a Decentralized country.

How have they won? they're still sitting tight so clearly their demands have not been met

What are their demands ?

I saw a news about Canadian situation a few days ago but was not sure that it’s that serious.
Government is desperate to stop these protests at any cost.
After reading this article I have a question in my mind - what are the measures in place to stop misuse of crypto by unlawful and terrorist organisations?
I don’t know

Terrorists have been around long before bitcoin, lets stop blaming the money for the actions of people. People will always fund a way to find their agenda, money is a apolitical tool, it should be used by everyone even your enemies, people need to get the idea of prefferiantial use of money out of their heads

kind of another big goddamn mess

Proud to read every update on the truckers! JT is losing control and composure and it’s absolutely hilarious. He’s a graduate of the WEF leaders program and he’s nothing of a leader at all. Dude quakes at resistance and runs and hides like a mouse, leaving parliament at the slightest provocation. What a coward lmao how can anyone think he’s a leader anymore?

I think these situations are unfolding at remarkable speed and it’s showcasing the use case of bitcoin to so many more people than would have before. Chaos theory is wild!

Dude they're arresting people too, for organising a protest,

It's nuts, this is a dictatorship, trust an African, we know what its all about, I honestly believe the US should be allowing Canadians to seek asylum, just like you guys have done for many smaller nations, why should Canada be any different? Their government is ignoring the constitution, I think that's grounds for refugee status

That's a ridiculous and sad turn of events dude. People that live in countries that these shit storms like socialism and dictator stuff are silenced and ignored by the everyday people that are willingly advancing this. Crazy times wtf

JT finally shoots self in the leg . Looming impeachment imminent??!!

You think? I still think his going to fight it politicians hate giving up power

What's going to happen from all this @chekholer?? It's an alarming situation. The ppl have had enough and they are seeing the falicy of our government. I hope it stays peaceful and this dummy PM needs to resign. Ugg.

Madness I tell you.

History is being made and it is crazy that the Canadian Government keeps doubling down on this BS. They need to just end all mandates. They are acting as if this whole thing was actually about public health.