The idea of measuring bitcoin in dollars or your preferred fiat currency is probably all most people talk about in the space, talk about the price, where is the price going, what will the price be in a certain range, why is the price going down, oh look I'm in profit. If you're still caught up in that frame of mind, measuring your bitcoin in dollars, you are introducing a lot of noise that you're not accounting for and may end up hurting yourself in your trades.

The purchasing power of every fiat currency is going down year over year, this is evident in the amount one currency unit can bring you in goods and services. I don't subscribe to the idea that hedonic adjustments offset the purchasing power depreciation, because that would happen under any money standard, a gold standard, or a bitcoin standard so that argument to me is a non-starter.

If we consider bitcoin topped out in 2017 at around $20 000 and this time around it topped out at $69 000, all of us would agree that it's an attractive profit margin. Shitcoiners of course would disagree because apparently, their coin moved up by higher percentage points of course, despite having no liquidity to back up those price points. 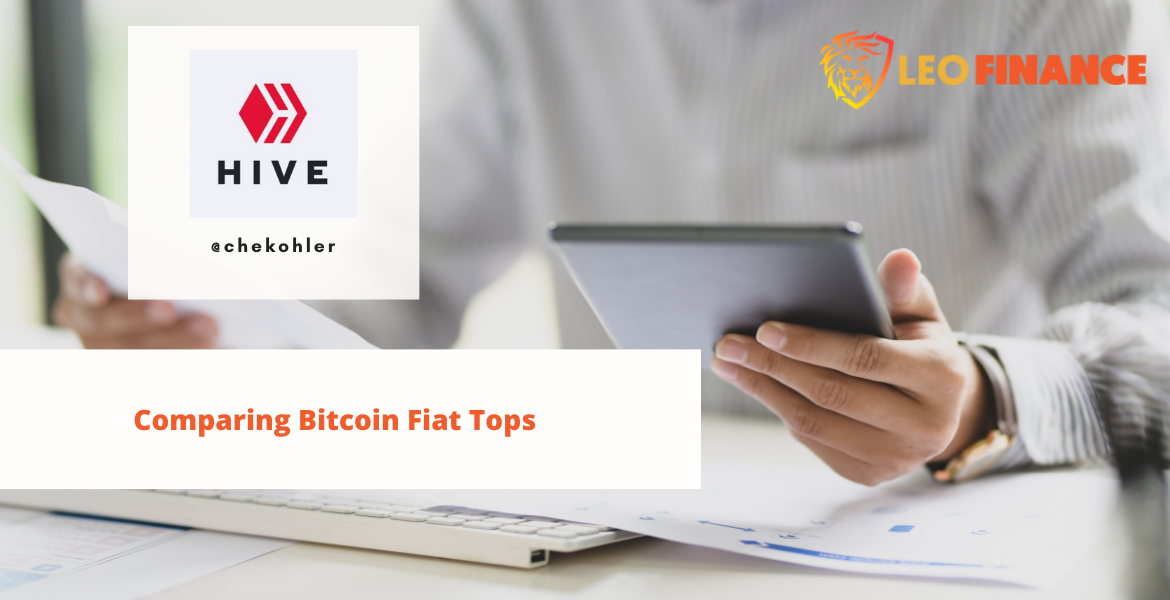 Bitcoin is currently trading around $42 000, I am of the belief that $42 000 today is not equal to $42 000 5 years ago. So if we want to get a comparison of the purchasing power gain, let's compare the supply of the asset we measure purchasing power in, the US dollar.

The US dollar supply has increased by 48% during that time, expanding the denominator of how many claims there are in the form of USD to compete for goods and services.

If we apply that increase in money supply to the $20 000 top, then today that would be worth $29 600 if you wanted to maintain that same level of purchasing power. That would mean bitcoin gave you a 41% purchasing power increase over that time if you bought at the top and held it until now.

A sort of worst-case scenario, it could have been made even better by averaging down on dips over the last 5 years, but that's beside the point.

Now if we consider that some people would naturally sell thinking they are in profit, it means their actual margin is 41% in this case, and they would have to then pay tax eroding that margin.

Bitcoin is the risk-free rate

Bitcoin makes outpacing debasement so much easier, you don't have to pick the right token, stock, or ETF. You don't have to swap in and out of assets to try and chase yield. You don't need to give your wealth to a third party or a smart contract taking on more risk.

If you put a ham sandwich in charge of your bitcoin portfolio, I think that sandwich would outperform a lot of money managers and other investment strategies shilled by so-called experts and influencers.

but dollars don't fluctuate hundreds of dollars daily or weekly

that's because you're measuring in dollars numb nuts, you're measuring the dollar against prices of stuff thats moving up and down. If you measure in bitcoin its the same thing, gosh! You see goods and services move up and down in relation to the unit

No one factors in purchasing power which is the true value of money. Fiat has failed miserably at being a store of value and moving in and out of different coins is a taxable event but these seem to be overlooked at one's peril. Buy, HODL, wait for hyperbitcoinisation and enjoy your ham sandwiches

Exactly, pick a strategy stick with it and then spend most of your time figuring out where you could be going wrong and how to improve on that same strategy. The man who practices 1 kick 1000 times is always more dangerous than a man who practices 1000 different kicks once

If you have money problems, opting for ham is always the best choice

Hive has great use case and an extremely active community. My future is based upon the success of Hive.

I'm honestly not convinced yet, the churn on hive is high, most of the millions of accounts are duplicates and many have long since left, the promised updates never came and their is no real revenue model to attract capital into the system. It still seems more like a hobbist playground and that's okay, having fun is worth something but as a serious contender in the social space, I just dont see it happening with what I see currently

That is good to know.