South Africans are used to getting screwed financially, if not by their governments, then by their banks and if not by them then by these scams that offer them returns that may help them escape the currency debasement and tax burden they face.

While MTI and Africrypt, are some of the biggest bitcoin affinity scams/ponzi schemes the world has ever seen, they are but a succession in what has always been a culture of financial shitcoining long before there were shitcoins.

One of the biggest scams before the shitcoin era was that of Fidentia, the failed investment firm that embezzled over 1 billion Rand and defrauded its investors.

Ubank which specialised in the mining sector fell into administration, African Bank failed after wreckless lending practices and let's not forget the Steinhoff saga.

These are all pretty popular, but one that hasn't got much publicity is Sharemax, which has been a scandal running for years. 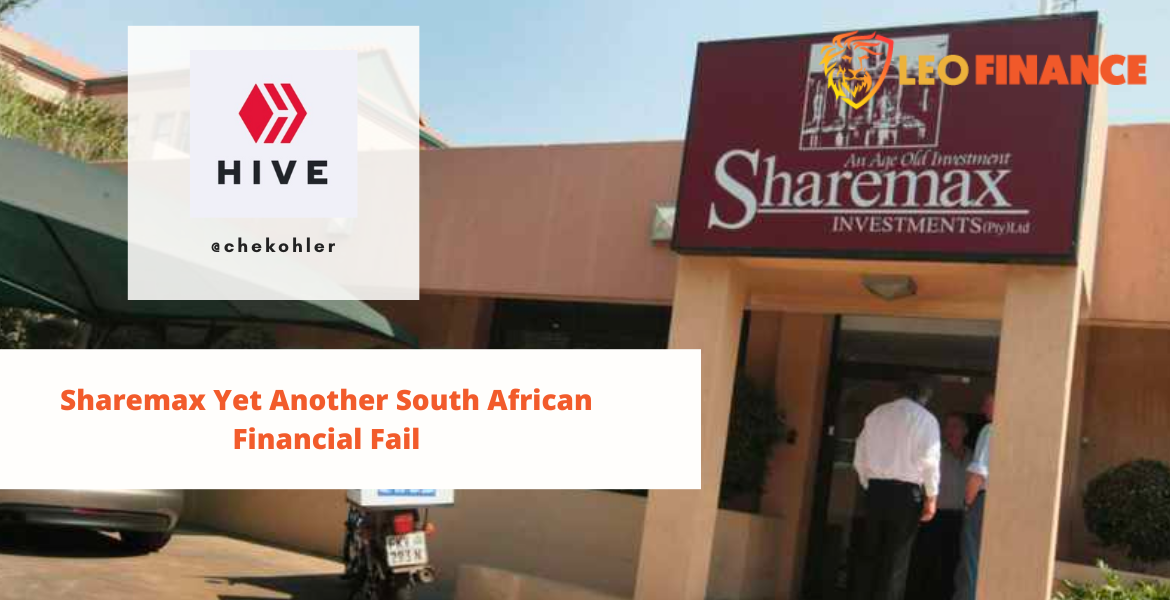 After the dot com bubble imploded in the early 90s, many investors, around the world looked for a safer place to put their money and that vehicle became real estate, a trend South African investors took part in too, you can see it through the gross overpricing of land in the major cities, but that's talk for another day.

As people started to pile into real estate, there were only so many opportunities to monetize land, and derivates of land started to become popular. Property syndications flourished in the years eventually coming back down to earth in the 2008 GFC.

However, before that, the property market was booming and many investors were persuaded to invest in these complex, murky structures, containing companies within companies.

The move to Nova Group

When Sharemax went tits up, instead of going into liquidation, whereby investors would have received the proceeds from a sell-off of assets, a “rescue plan” was devised in 2012.

Part of the plan was launching new company, Nova Property Group which would offer investors a trade in. Most investors opted to trade in their Sharemax investments for debentures in a Nova subsidiary, with the expectation they would be recompensed over time.

That has not happened and investors were taken for a ride a second time. Nova has slowly been selling off the Sharemax assets, but the investors have received only about R176 million out of the R4.6 billion they invested.

So where did the money go?

Nova directors have been paying themselves well over market rates for their services to the still embattled group while telling investors their money will be freed up for withdrawal soon, as they have been saying since 2014.

This is just one of many operations in South Africa taking consumers for a ride and you can see why I am advocating for people to hold their own keys and not trust anyone with their money. If there's any place constantly advertising the benefits of self-custody, then it's South Africa.

Dear @chekohler ,
I remember South Africa as the most developed country in Africa. However, if the situation in South Africa was like that, I imagined that the economic situation in the rest of Africa would be worse.

R4.6 billion means 4.6 billion rupees?
The rupee is remembered as the monetary unit of India.

Oh ofcourse other African countries have it far worse but it's all relative, it's not as if South Africa is a panacea, and you're comparing it to people who are shitting in a hole, that's really not the way anyone wants to live

The current economic situation of China, Japan, Korea and Taiwan is similar to that of South Africa.

Fears of an economic crisis starting in China are spreading throughout the East Asian world.

I know right? I love it, never a dull moment, you always gotta look over your shoulder

You need an undercover Brazilian Police Officer around every corner!

We don't trust the police here, they're way to corrupt, we usually handle things ourselves, self governing is the way to go

People are just so gullible and this just seems to easy to pull off. I am just happy to stay any from anything like this and happy with my Crypto portfolio plus my own keys.