Timekeeping : The Technological Journey So Far

@clinton19 63
about 1 year ago (Edited)
StemSocial 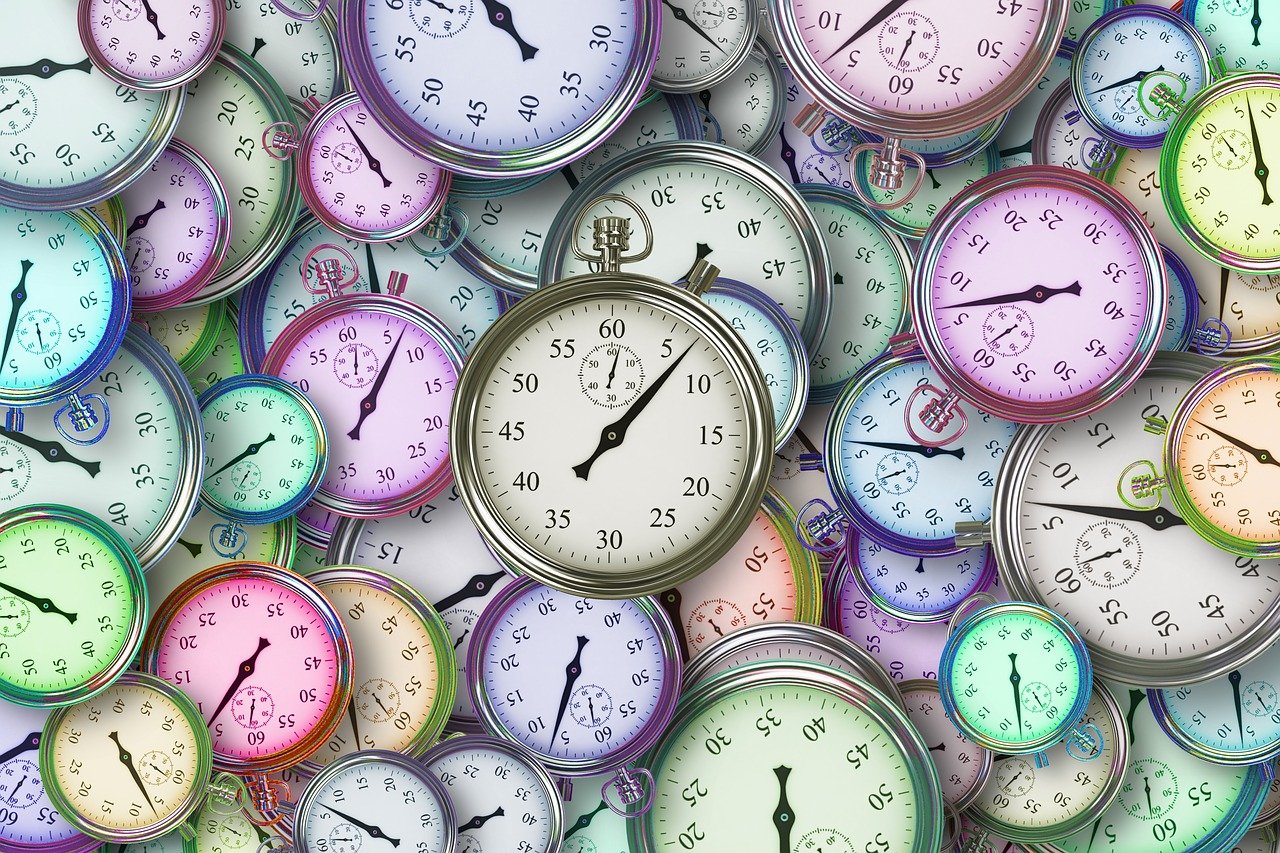 Macroscopic activities performed in our observable universe can be described basically in terms of two quantities which are, space and time, and Einstein's theories of relativity makes to understand that both quantities are different manifestations of the same entity - spacetime. However, time is basically and often associated with "changes" and it's because classically it's possible for an activity to be performed in a particular point in space and still change (with time) in that same space but not the other way round (a particular time and change with space). Whether change is inherently associated with time or not is still a topic of philosophical debate.

One of or possibly the main reason why we keep track of the so called "time" - using clocks, is to control how activities are performed and this also is responsible for the development of a civilized society. Throughout history, there have been inventions and developments of timekeeping techniques/devices, these historic techniques/devices would be what we shall explore for the remainder of this article and also explore what the future holds in terms of timekeeping. So sit back, relax and enjoy the voyage. 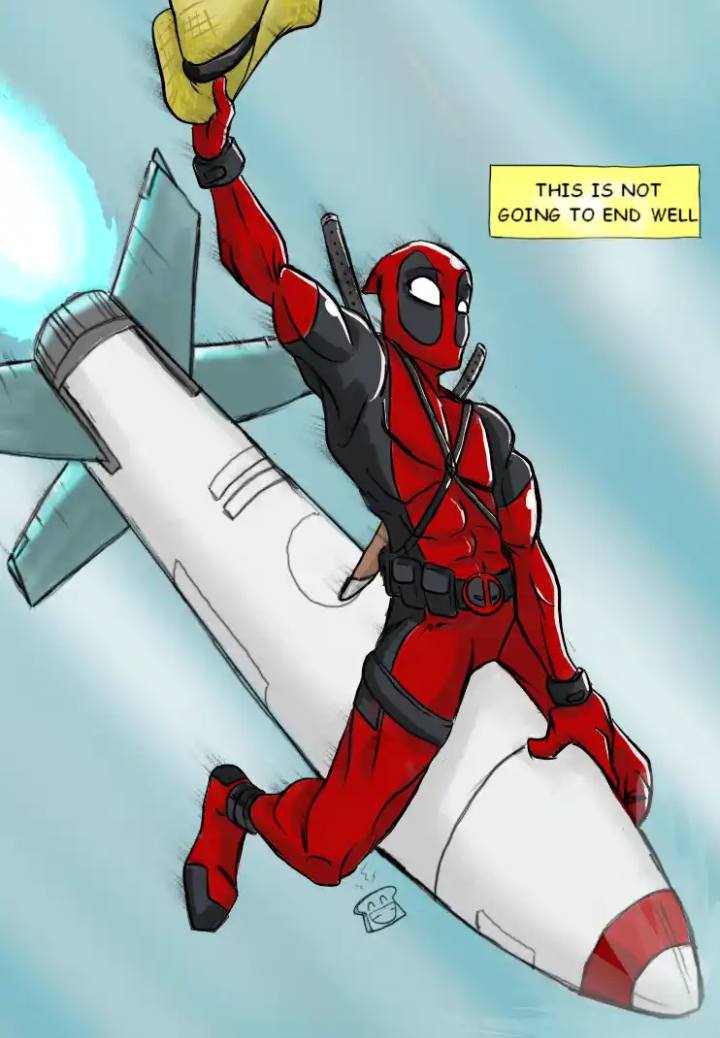 The earliest form of timekeeping started when the observation of the "apparent" motion of heavenly bodies (most especially the sun) were first made, this also marked the beginning of "astronomy", exactly when this started is yet to be known. Following this anonymous period was the invention of shadow clocks and sundials - an improved version of the shadow clock, the first shadow clock is believed to have been invented around c.3500 BC by the Egyptians. Shadow clocks and sundials used the idea that the apparent change in position of the sun affected the position of the shadow (casted by the sun) of a fixed (not moving) object and so, the times of the day could be distinguished.

Around the 6th century, the Chinese were the first to use incense clocks, though there are speculations that this kind of clock was actually invented in India.

The 13th and 14th century saw the invention and development of purely mechanical clocks, especially using gravity (heavy objects mounted on turning wheels/gears) as source of power and the development of escapement for regulation of the clocks movement. It was during this time that clock alarms were extensively used - clock attached to bells.

Following this period and around the 15th century was the invention of mainspring - a special kind of spring, and it replaced weights previously used in clocks. In this case, when force from anywhere and any direction is applied on the spring - possibly stretching/unwinding it, a restoring force - for taking the spring back to it's original state, powers the clock. The spring made it possible to make portable and smaller clocks - which were not possible with the use of weights. Throughout the 16th century there were improvements in the mainspring clocks, especially in terms of sophistication and size, in fact, the first watch was invented around this time.

The 17th century saw further developments in mechanical clocks in terms of precision. The mainspring clock for example, had issues in terms of precision, the mainspring worked together with wheels/gears and the distance the spring moved from it's equilibrium distance (amplitude) always affected the frequency of the turning wheels/gears, this would make the clock loose or gain time. This issue was resolved with the discovery of harmonic motion. In this case, the restoring force that comes into play when the first moveable part of the clock is disturbed from it's equilibrium position would cause the first moveable part to oscillate/vibrate, the oscillation then powers the clock and the frequency is independent of the amplitude, thus making it more accurate than the mainspring and other previous mechanical clocks. This idea was first discovered and proposed by the famous Italian polymath Galileo Galilei around the 16th century but he never built the clock.

The first clock built to utilize the harmonic motion idea proposed by Galileo was the pendulum clock - a precursor to the grandfather clock, and it was built in 1656 (17th century) by the famous Dutch polymath Christiaan Huygens. Subsequent developments in the pendulum clock made it possible for dials displaying minutes and seconds to become common. Later in the 17th century spring versions utilizing harmonic motion were developed for smaller clocks and watches, and also for improved precision, especially with the invention of the hairspring - a balance spring, notably by Huygens and Robert Hooke.

These early harmonic motion clocks weren't so precise, as there were also errors in their readings. For example, the improved version of the pendulum clock had an error of about 10 secs when used in a day (24 hrs), the errors were mostly due to the fact that the spring/pendulum parts were made with metals and thermal expansion/contraction due to temperature variation (especially during the day and night) caused the clocks to gain or loose time - mathematically the frequency of the oscillation depends on the physical properties of the oscillating material (like length in the case of pendulum). This problem would later be resolved in 1895, with the invention of "invar" - a special kind of metallic alloy.

In the 18th century, the Marine chronometer was invented - a special kind of clock used for sea navigation.

Despite the success of the purely mechanical clocks, there still was a problem yet to be resolved, this was sustaining the motion of the clock's moving parts. When the clocks are started, they would eventually stop due to damping (caused by friction) and so were not really used to tell the time of a day, they were mostly used for short duration events - like the work of modern stopwatches. This problem would be resolved in the 19th century with the invention of electric clocks and the first electric clock was invented in 1815 by Francis Ronalds. Early electric clocks used electricity to sustain the oscillatory motions of the pendulum/spring, mostly through electromagnetism.

In the 20th century, around 1912, the first electric oscillators were invented with the help of vacuum tubes and it replaced the mechanical ones - pendulum and spring. Following this period was the invention of quartz clocks, this clock made use of quartz (sand) as oscillator, this was due to the fact that quartz undergo what is called a piezoelectric effect. Quartz made it possible for electric clocks to become portable/less cumbersome - unlike the vacuum tube clock, and also improved the precision of clocks - it's frequency was more stable and higher than previous oscillators. Modern clocks and watches, be it in analog or digital form contain quartz in them, if you happen to have a damaged analog wristwatch (wristwatch with moving hands), dismantle it and you would find the quartz. See image below for how it looks like.

The discovery of semiconductors in the 20th century and advances in electronics gave rise to the development of digital clocks and watches - time is normally displayed on a screen.

A much more precise kind of clock called the atomic clock was also invented in the 20th century by the British physicist Louis Essen. This clock is currently the most precise kind of clock ever invented, the current most precise version has an error of about 10^-12 (0.000000000001) seconds in a day, which means it would take it hundreds of millions of years to gain or loose time by one second. This clock is used today as a reference clock in calibrating other kinds of clocks. As a matter of fact, the atomic clock was used to confirm gravitational time dilation predicted by Einstein's theory of general relativity here on Earth and it was possible because the clock can be calibrated to measure very small changes in time (due to it's high precision).

There are still experiments and activities that requires even better precise timepieces and so the quest for better timepieces still continues. There have been some proposed and promising ones like the quantum clock, optical clock and nuclear clock. These proposed clocks if they eventually become a reality, could help researchers predict the possibility of natural disasters happening - like earthquakes, and also make it possible for watches and portable clocks more precise than the current atomic ones to exist in our pockets and homes - current atomic clocks are too cumbersome for the latter purpose.

Revolutions in Time – The Future of Precision Timekeeping – by Ray Essen

The Future of Timekeeping Rests With Quantum Mechanics

Thank you all once again for stopping by to read my jargons and also thank you @juecoree, @discovery-it and the @Steemstem team for your valuable supports.

It was an interesting read. Timekeeping is indeed vital for our routines and other activities. It makes us keep upfront to the things that we need to do. Enjoy a slice of !PIZZA

This was a very interesting read, but did you know or appreciate that the images you have used may be and from the looks of them, are almost certainly subject to copyright, and that your use of them may be tantamount to copyright infringement if you have not actively sought and obtained permission to use them from the owners of the material? Simply providing a source link for the photo is not sufficient if you don't have the right to use it. There are a number of free image libraries available online including pexels, pixabay, unsplash and canva that you could review to see if you could replace your images with something more suitable. 🙏I hope you find this suggestion useful. I share it with you to help not hinder.

Congratulations @clinton19! You have completed the following achievement on the Hive blockchain and have been rewarded with new badge(s):

This is a nice and interesting article. I have one small remark:

As a matter of fact, the atomic clock was used to confirm gravitational time dilation predicted by Einstein's theory of general relativity here on Earth and it was possible because the clock can be calibrated to measure very small changes in time (due to it's high precision).

In fact, this is not fully correct as the related scientific article is not accepted for publication yet. As a second thought, maybe you meant special relativity (that predicts time dilatation) and not general relativity.

Please note that some images are not free to use (cf. copyrights). Please fix this to be eligible to STEMsocial support.

What about the Hafele–Keating experiment ?

Please note that some images are not free to use (cf. copyrights). Please fix this to be eligible to STEMsocial support.

Oooh I didn't know about that experiment (as many apparently). Thanks a lot for updating me! I therefore remove my remark. I mistakingly though you were referring to the more recent test which I mentioned.

I wonder where, or if, metronomes used in music to count time (or rhythm) fit into this historical picture.

I'm hearing of this for the first time. 😬