The danger of duplicating Hive Engine tokens - Blurt vs Swap.Blurt

BLURT token was long established on Hive Engine. The TLDR of the token is that you bought Blurt on hive engine and send it to Blurtlink on Hive and he would send you 99% of the tokens on Blurt.

Tribaldex Blurt and compare the prices here to the following

Hive Engine Blurt (original) token is obviously centralized and the point of failure is the dude saying he would do as he said which he did.
This worked properly and token holders knew BLURT was equal to Blurt on blurt.blog.

Blurt Official team, another centralized team with the exact same point of failure, launched Swap.Blurt without consulting the person running the original BLURT issuer. They basically offer the same service as Blurtlink but somehow they get preferential treatment from Hive Engine. token holders of BLURT on hive engine end up getting fucked over in a surprise to nobody if they thought about it for 2 seconds. Bags and bags of Blurt still held and the holders are not aware that Blurt (hive - engine) has no use now.

Blurtlink guy graciously agreed to continue running his swap service until the end of 2021.
And processed swaps until then. 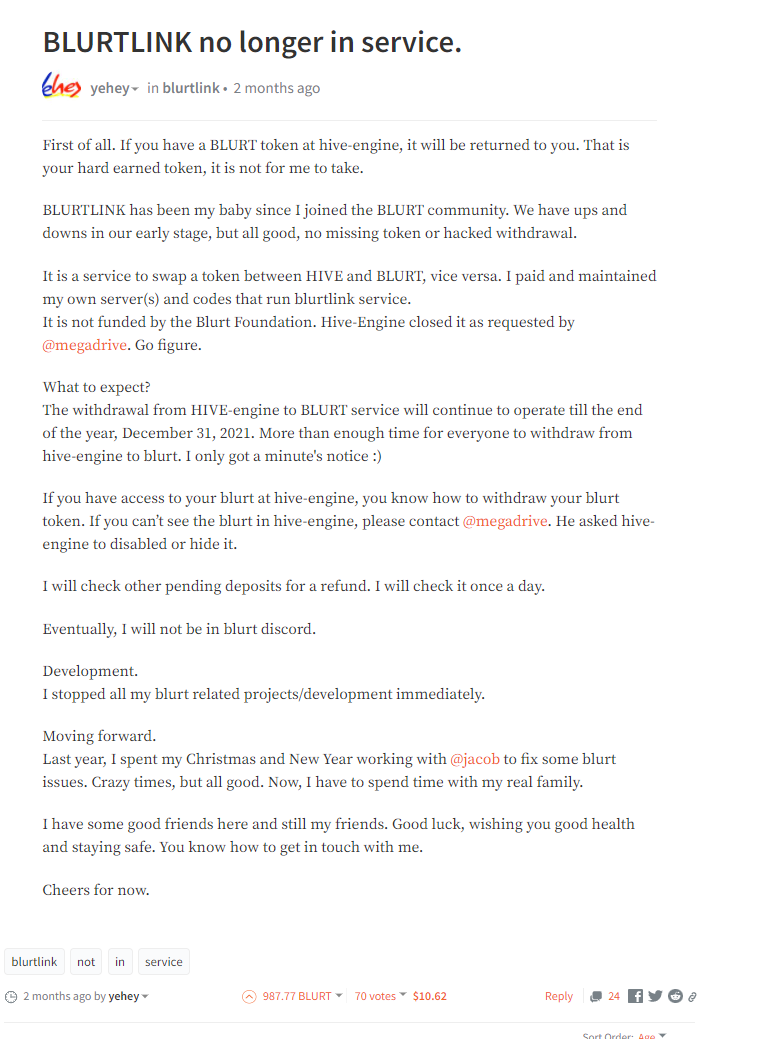 However since then, people continue buying and selling BLURT on Hive Engine and sending BLURT to blurtlink for conversion and the service is over. No conversions have taken place since December 31st.

Blurt Official Team have successfully got BLURT delisted from being searchable on Hive Engine.

The BLURT token should be searchable because it is tradeable.

and since 2022 began people have sent nearly 12k BLURT to blurtlink and got nothing for it. The last transfer was to j85063. 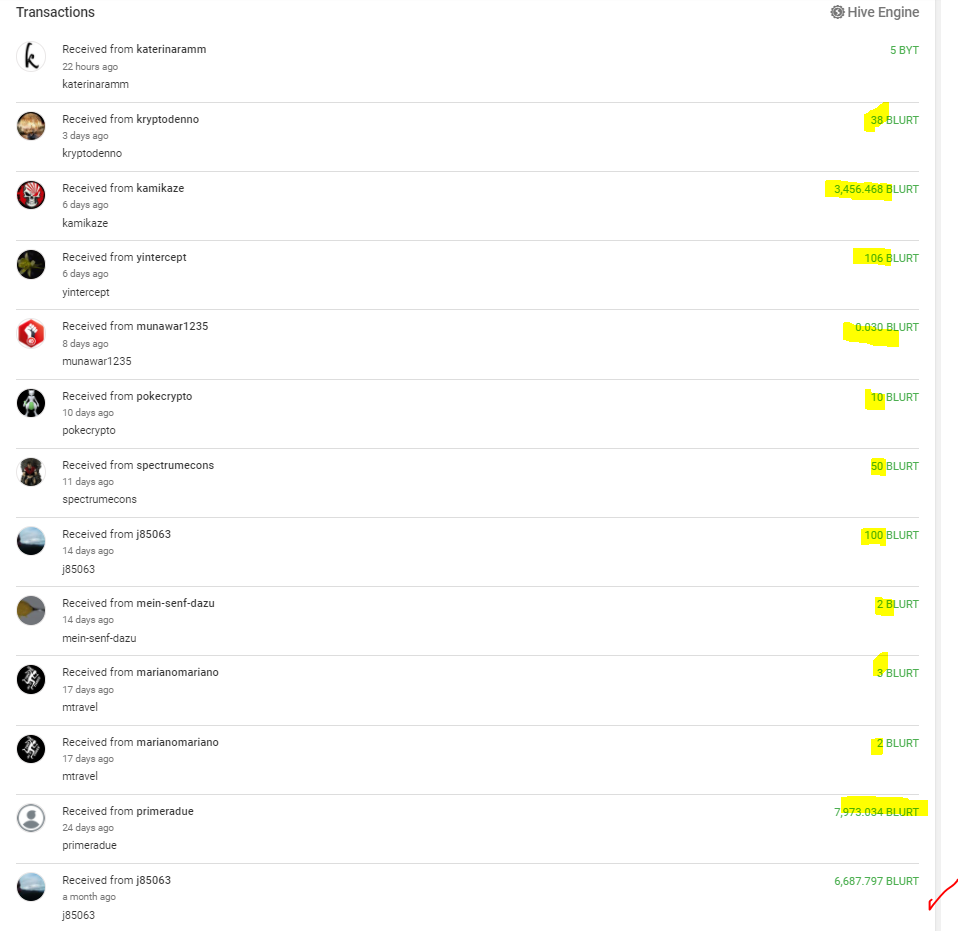 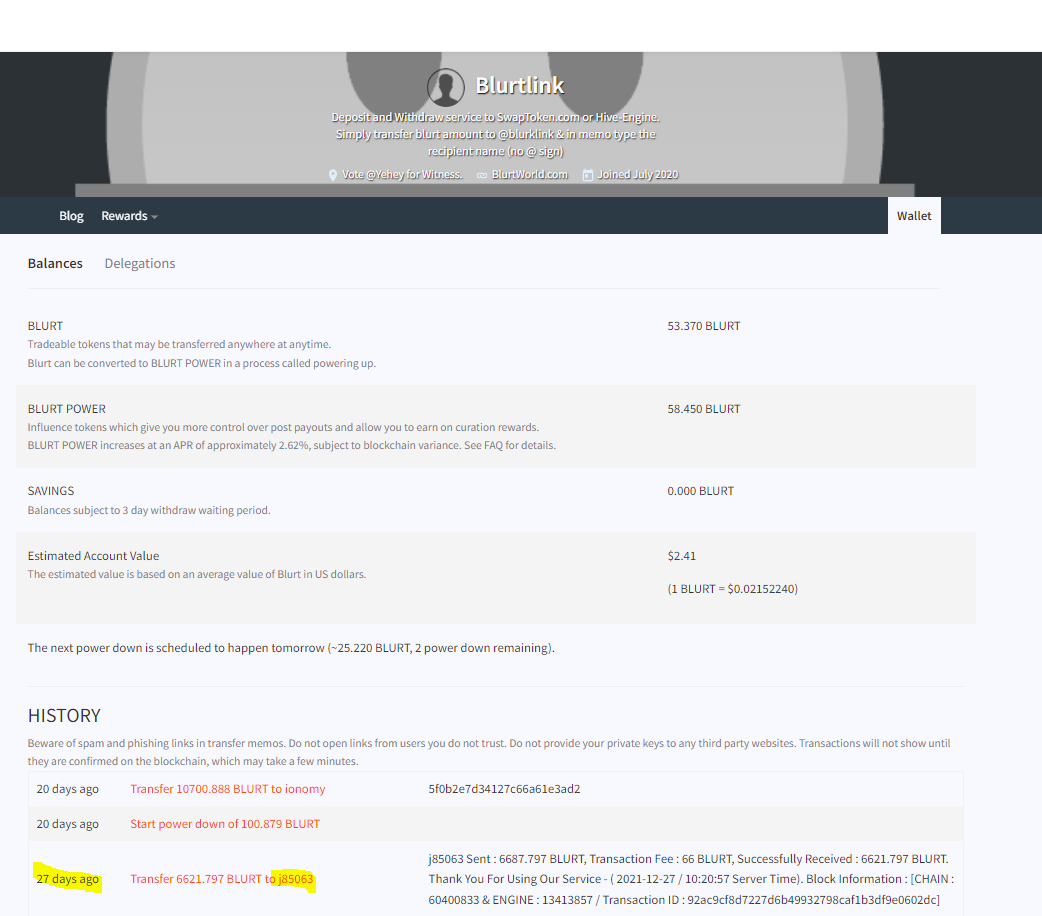 I blame Blurt Official for launching a token that was not needed, a service already existed and worked perfectly fine and everyone knew how it worked. Also blame HIVE ENGINE allowing duplicate tokens

No idea why Hive Engine allowed duplicating tokens. Ever.

Attempting to issue a duplicate token should be the biggest red flag in the world.

The only fair way to try to discontinue an older token that does the same thing as your "official" hive engine token is to guarantee that you are not going to fuck the holders of the old tokens over.

to me you AIRDROP 1:1 SWAP.BLURT to the holders of BLURT here from rows 5 down to the bottom, and to the people with active sell orders on Hive engine.

It is only fair.

Then you can delist BLURT on hive engine all you want.

Blurt Team should step up.

Seems pretty messed up to me to allow this to happen.

Image is visible on Leo Finance or opened in new tab and zoomed in.

If no one is going to make the token holders whole, and someone still wants to buy BLURT then you should sell it to them. I expect over the next few days no one will be offering to buy the tokens at all. Let's see. 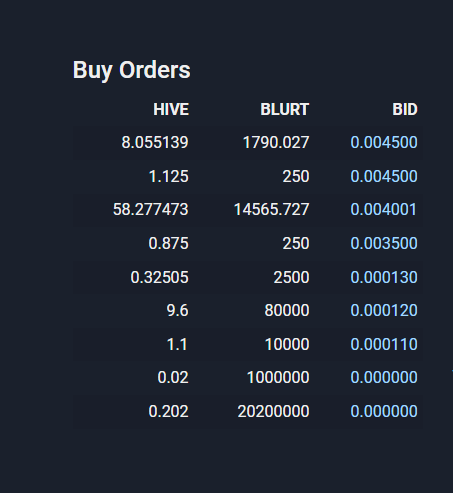