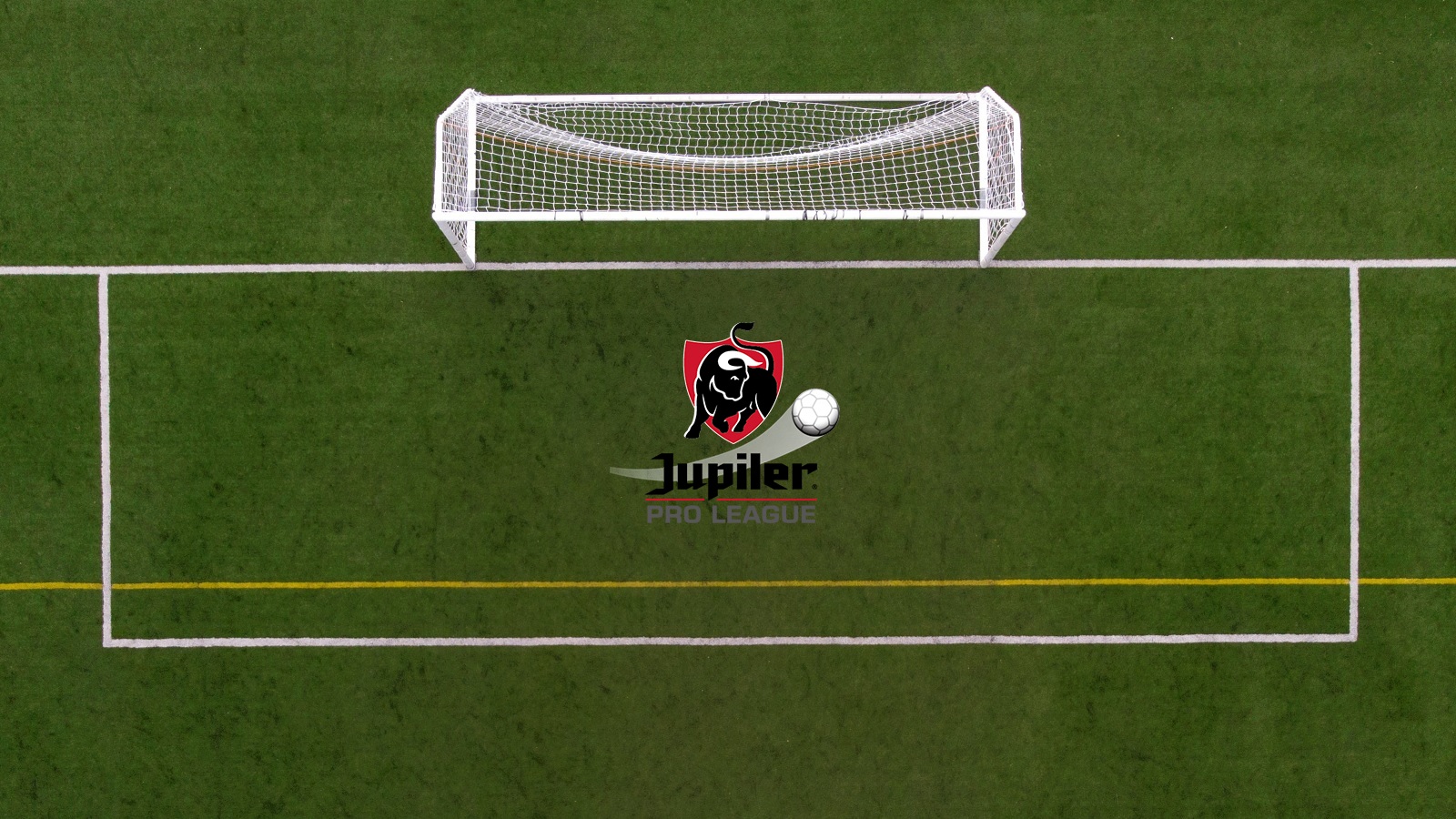 It was an ok Friday as I was quite accurate on my estimations of the match. It however only resulted in a +0.33 unit profit as I was too cautious getting in and too greedy on the timeframes to get in. 4 more matches today to have a look at... 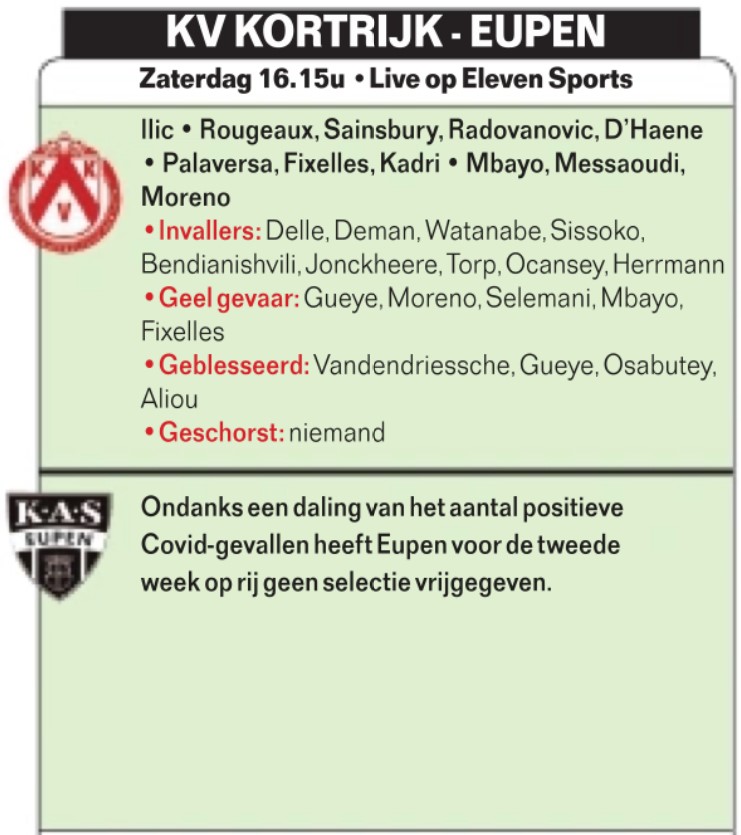 Eupen had a lot of covid cases last weekend and this was mostly seen near the end of the match where they got tired. Mostly their bench was very inexperienced and this week they once again did not give their selection as they still have many missings. Their match itself last week was not that bad even though they failed to create many chances. Kortrijk also had a lot of covid cases and played a flattering 2-2 draw against AA Gent. Their striker Gueye is still injured. At the current line and odds, I'm willing to take a 0.25 unit pre-game bet on Kortrijk -0.25 @ 1.980, I see them as the slightly better team, they have the home advantage while Eupen likely will suffer more from the Covid Situation. I don't expect a wide-open match but the 2.5 line is not high enough to really take a gamble on the under. I also added a 300 WGR crypto net on Kortrijk -0.25 @ 1.910 over at Wagerr.com 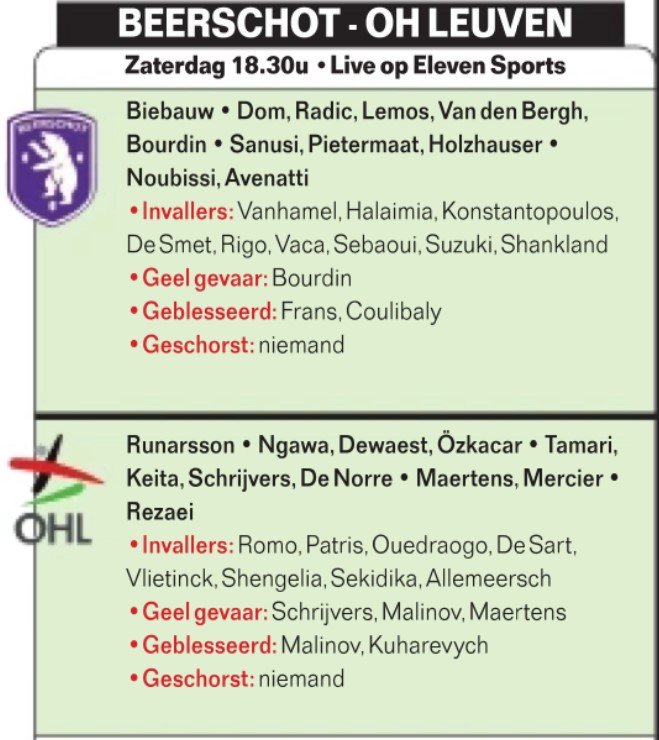 The only option as far as bets go on Beerschot at this point is to oppose them. They are dead last 10 points behind on place 17 and they just haven't been good enough as a team. There is no indication of this changing all of a sudden. Whatever they do, they will have to take risks to go for the 3 points as a draw only sets them back more with the weeks and matches to play counting down. Noubissi is back in the team who has some scoring power. Last week against Genk they lost by a 4-1 score and Genk was just better overall. Beerschot did try which left quite a lof of space and I expect this to happen again if they get behind. OH Leuven did not play last week since their opponent Mechelen refused to play the match due to covid cases. They are the better team for sure and managed to win their last 2 matches also having at least 3 goals in each of their last 4 games. They tend to be better in away matches where they are 6.5W-3L-0.5P against the Asian handicap also beating the total line. Often times in their matches, once goals come they come in packs. I'm betting on Beerschot being unable to make a stand today continuing on their overall poor run and took 0.3 units on OH Leuven -0.25 @ 1.943 and also 0.2 units on OH Leuven Team Total Over 1.5 @ 1.930. I also took a tiny bit on OHL to win & Both To Score @ 3.730 I also took 2 crypto bets. 400 TRX on OHL to win & Both to score @ 3.55 on Wink.org (also available on Betfury) and 300 WGR on OHL -0.25 @ 1.910 on Wagerr.com 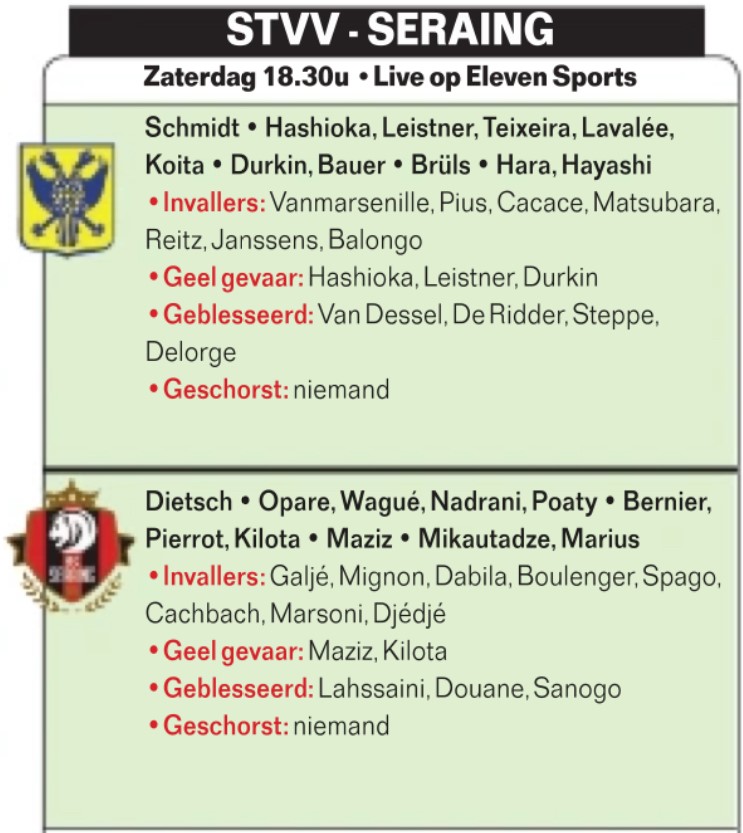 Sint-Truiden kind of gave the match away against Club Brugge with an eye on this more important encounter against their direct opponent Seraing. Both teams are in a bad streak with the home team just winning 1 out of their last 5 matches and Seraing losing all 5. Stvv is still without De Ridder but should be the team with more quality overall also having the home advantage in their artificial pitch. I expect Stvv to be the team with all the initiative and enthusiasm in this match with Seraing laying back more luring on the counters. I honestly don't see Seraing without chance today even though Stvv is the deserved favorite. This mostly keeps me from betting Stvv. At this point, this is just a match I rather stay away from so No Pre-Game Bets 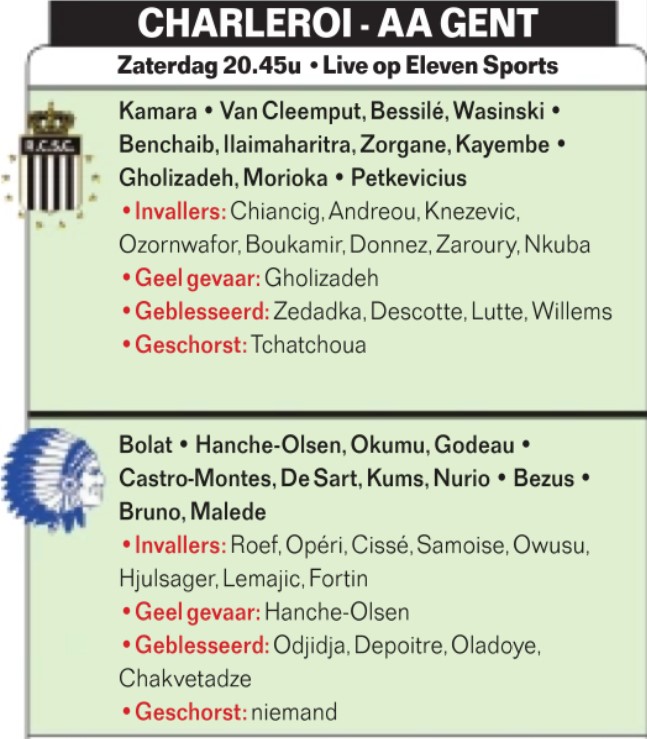 Charleroi right now is a team in bad form as they lost a lot of goals with Nicholson leaving and their last 2 games were just poor losing 3-0 and 0-3 against Antwerp & OHL. Their defense also has not been what it used to be. AA Gent had many missings last week both in offense and defense but deserved more than the 2-2 draw. They have some players back but are still missing Ngadeu, Odidja, Depoitre, Tissoudali who are all important to the team. My lean for sure is on AA Gent but I'm not quite sure how I want to play it and I would be a lot more comfortable with a -0.25 line. I did split 0.375 units evenly between bets on AA Gent -0.5 @ 1.9954 | AA Gent 1st Half -0.25 @ 2.072 | AA Gent Team Total Over 1.5 @ 1.877 | Charleroi Team Total Under 1 @ 1.950 | AA Gent 1st Half Corners -0.5 @ 1.940 and I will be looking to possibly add on some of these positions in-game depending how it all looks. Late info might change my view on what is written in these previews. I will cover these matches live in our SBC Discord Channel. All my bigger pre-game & Live bets can automatically be followed on Copytip. Pre-Game Preview Bets I share many of my pre-game bets in all my preview posts as bold selections which are all counted as 1 unit flat bets. See these just as info and not as actual betting advice. Last season I had 236 of these selections which went +13.96% ROI (See Post). So far this season I had 120 bets good for +4.082 units profit and a +3.40% ROI.