I continue to play Mobile MiniGames (previously known as Clash Of Streamers) getting myself in the best position to earn anticipating on all that is yet to come. 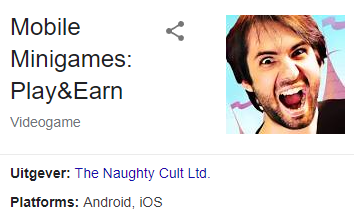 While the rebrand is still in progress, I will already use the new name in all of my posts going forward. I also plan on making updated Guides as many things have changed since I wrote the initial ones. I pretty much continue to share exactly what I believe is the best way to go about Mobile MiniGames similar to how I have been doing this for Splinterlands quite accurately these past 3+ years. So far, this has been my playbook for getting myself in an optimal position to over time get great returns:

All these things were done with an eye on the long run and no expectations of short-term profit-taking. I wrote about how to do well in Solid Play2Earn Games that are not designed as short-term Pump & Dump schemes in my post Guide On How To Get Rich With Crypto Play2Eanr Gaming and the advantage on Getting a Pre-Nerf Advantage in the past

I would say it's by no means too late to get started even though some of the best deals in the game got nerfed already. The game is still way too friendly for Free2Play players and most of the Play2Earn content including a PvP mode that will give out part of the Crypton Reward Pool to all active players without it demanding more than 5-15 minutes each day. This is how to do it with minimal spending... 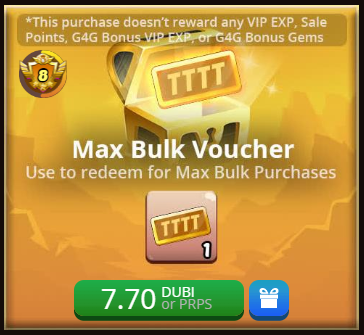 It is not all too easy to get crypton in the game when you are willing to just pay for it. This is about to change but it's still unclear what the actual price will be. Right now, the best way is to buy TTTT Vouchers on the G4G Store which cost 7.7 PRPS each and can be sold in the game to players for somewhere around 55k-60k Crypton. With PRPS trading at a big discount (5$) compared to what it can be used for in the store (13$), I saw now as the best opportunity to lock in my 1 Million Crypton which will be needed for a Crypto Land Plot. A lot will depend on how long it will take for the expansion to go live (it is expected by the end of July but most likely it will take longer) and how much the price of PRPS gets closer to the actual value. 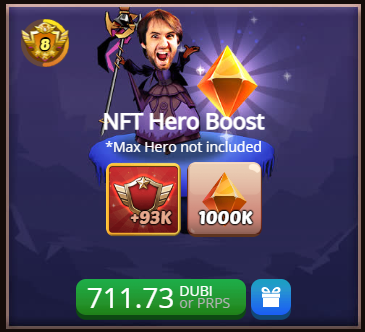 I do expect that the price that can be bought for in the game itself will be a lot higher given the fact that the deal in the game to get 1M Crypton to help players export a max-level hero costs a whopping 712 Crypton which equals 3560$ at the current PRPS discount price.

I cost-averaged my way into Crypton these past months tracking my buys most recently. This show that the average price to reach 1M Crypton this way is somewhere around 700$ (there also is a 4% cashback in DUBI for each purchase) 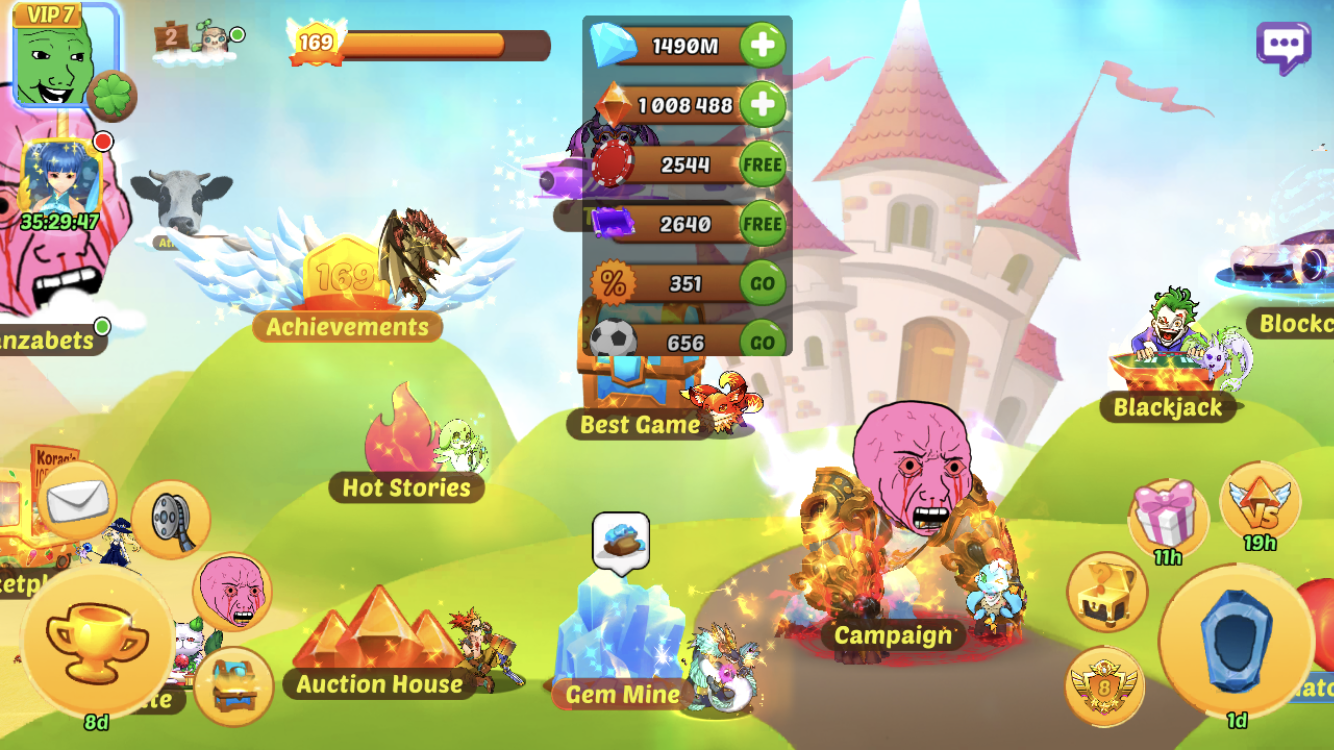 After spending money to do purchases in the G4G store initially getting the Yearly Golden Boost, the 50k Crypton Drop Boost, TTT Vouchers to use on max bulk deals getting exclusive skins along with building skins and the Account Level boosts which has me stacked with Sale Points. I am now after getting the 1 Million Crypton done spending for a while. My plan now is to use Crypton earnings that I get from the Spellbook, Selling Pet Skins I earn Daily, & Deals I buy with Sale Points I earn on older exclusive hero skins, Building Sking, & Pet Skins in the Auction house. 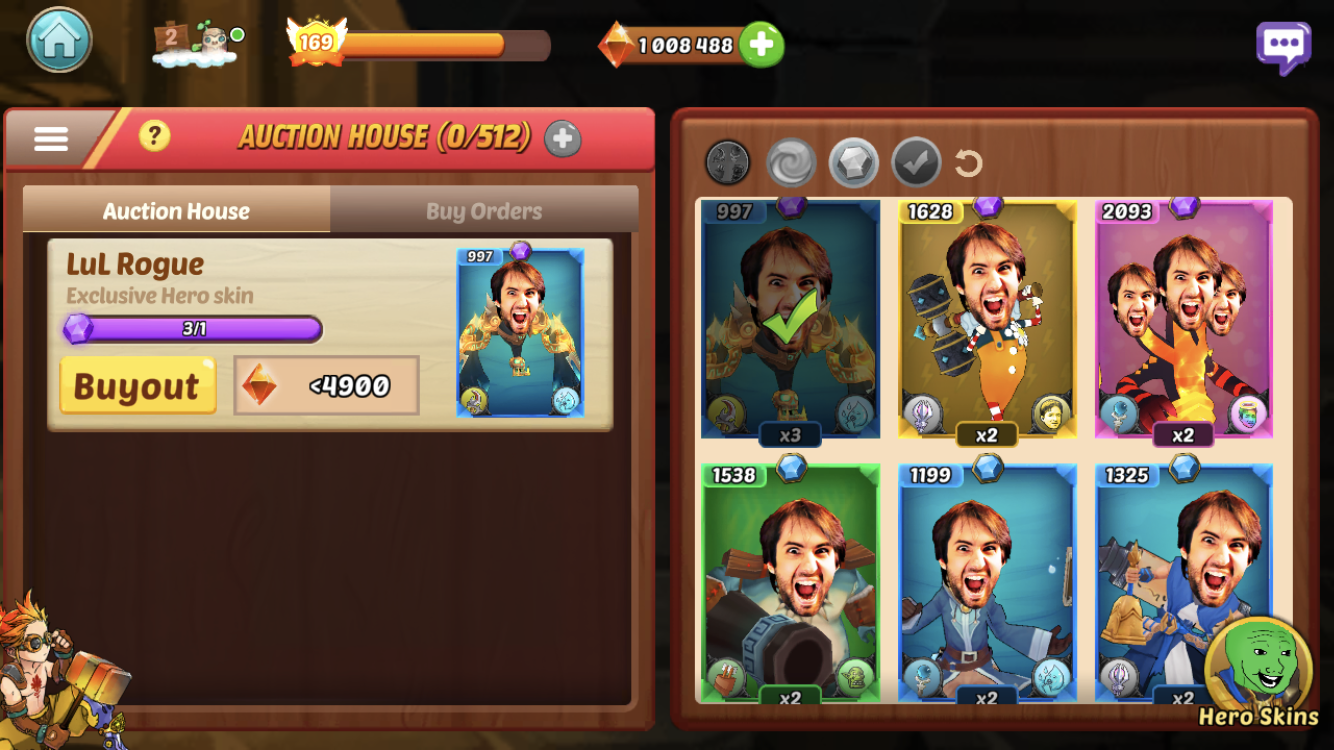 From what I understand (not 100% sure if this is correct), the way exclusive skins will work is that they will give an increased passive Crypton generation on exported NFTs. The older the exclusive skins are, the more they will generate meaning it's favorable to buy and hold. It basically gives the developers money now that they can use to grow the game and which they won't instantly have to give back as many players will buy them to hold and sell for more later. The increased returns is their reward for doing so.

On top of this, each exclusive skin is only available for a week which gives they a limited print. There is a collectible aspect to them especially if the game ends up succeeding with millions of players. While I'm generally not into wanting purely cosmetic stuff, I do kind of feel an urge to get the Exclusive building skin of the Campaign Tower with the Flying Castle which looks quite cool. 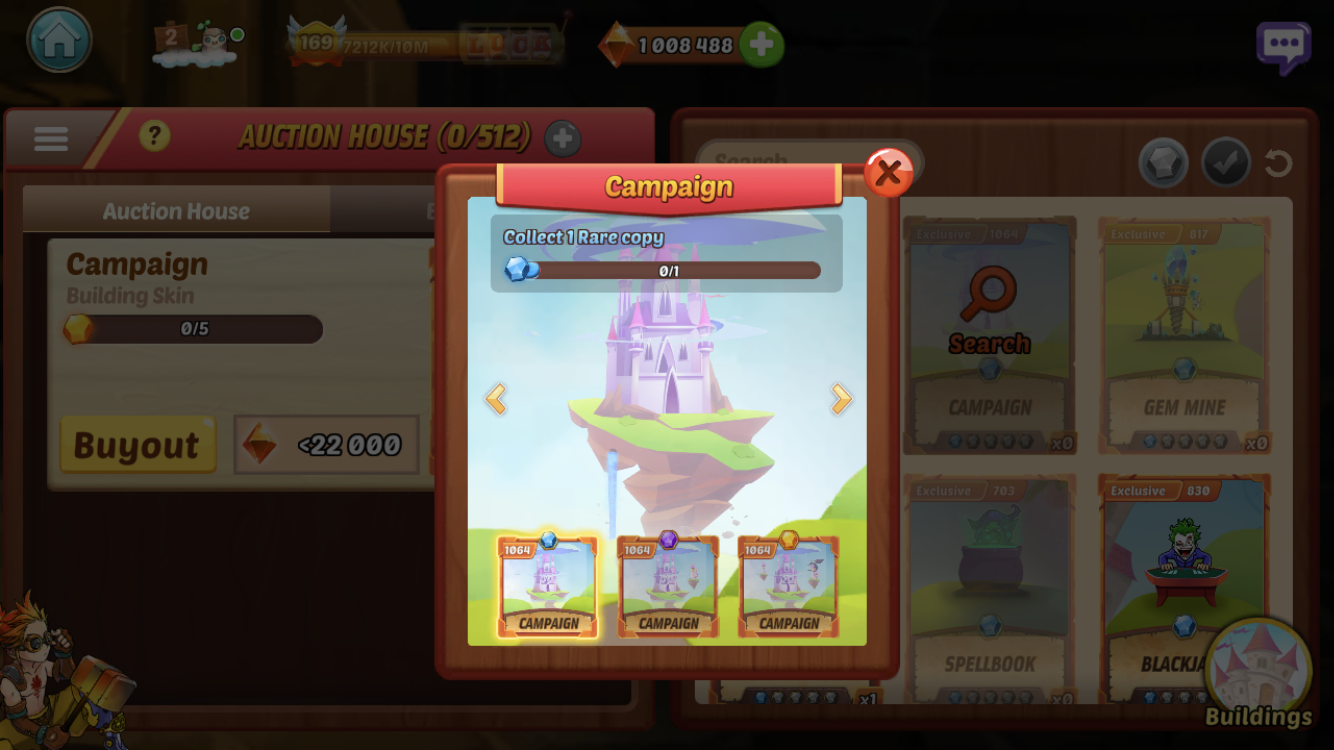 So I do believe the exclusive skins especially the older more rare ones are right now really cheap and they will end up going for more later down the line. So I will try to earn as much Crypton as I can on top of the 1 Million that I accumulated and buy up as many of these skins as I can all while keeping track of which one I bought and how much Crypton I paid for. This way I will see later down the line how good (or bad) of a deal they turned out to be!

I continue to go along with accumulation plan into Mobile Mini Games to get the most possible Early adopters advantage. I reached my goal of having enough Crypton Saved up to buy a Crypto Land Plot even though it will take months before it is released. from here on out, I will start buying up old exclusive skins. It by no means is too late to get into this game as we are still very early with Competitive PvP that will bring direct earnings as yet to come along with the big land expansion. The game is Fully Free2Play and I can recommend everyone to at least download the game and try it out themselves...

I admire your determination, dedication and commitment.

Rebranded? The face was familiar 😀

I stopped playing this long ago.

@costanza 73
about 2 months ago

If anything I guess I have a lot of confidence and trust in my own ability to estimate projects and the risk/reward. They are working hard to make improvements before going hard on advertisements. One of the reason the name was changed is because Clash Of Streamers didn't really communicate to the casual mobile players what the actual game was about making it confusing. Mobile Minigames : Play & Earn does this much better and their data also shows this. The have also been working on the Play2earn mechanics and the ways to earn making them much more straightforward instead of only for the more advanced informed players. These things however all takes time which I guess gives me more to accumulate while I believe it's all cheap still.

Good to hear. Yes, I was baffled by the original name.