Another dragons themed challenge this week in the Share Your Battle Challenge for Splinterlands. I used my Quix The Devious Dragon Summoner for this one...

This was the first time I nearly forgot about the Splinterlands battle challenge as the World Cup started which had most of my focus today. Something that is clearly noticeable in Splinterlands these days is that many of the opponents have near-complete decks being able to play optimally. I guess the fact that prices came down a lot has something to do with it as it's more affordable now. The game still is ridiculously expensive though when you want to own your own collection. I'm tempted to get my Level 5 Summoners up to Level 6 along with some cards but at the same time, the bear market is something I do start to feel so I'm waiting for potentially lower prices which I wouldn't mind if they don't come.

The Quix The Devious is one of those Dragon summoners that is often used by the Archmage bot but I personally am not using it that much. It especially is good when some of the other attack types are restricted which right now seems to be somewhat of a trend since the new game rules were introduced. 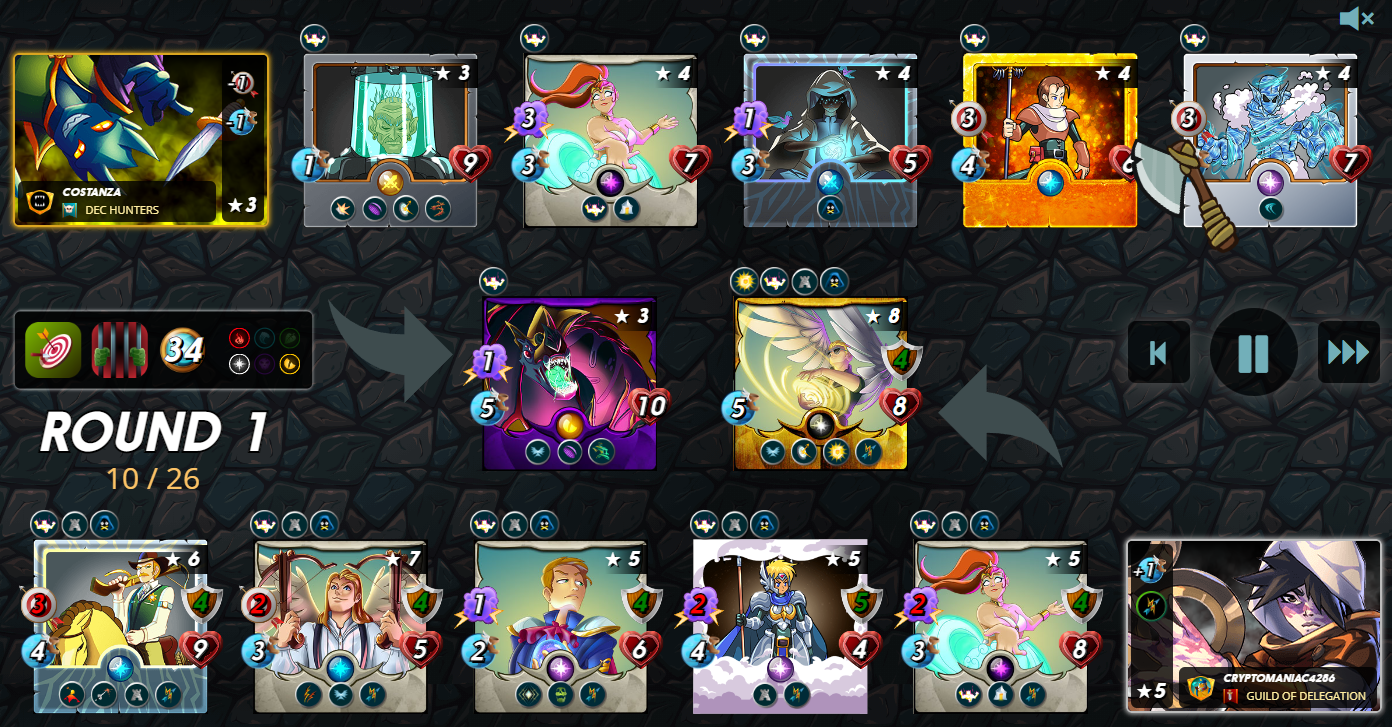 The game for this challenge had game rules where no Melee Attack could be used and also all monsters getting True Strike. My main aim was to lower the attacking power of the opponent having the Elven Mystic in my team which is a card I rarely ever play. Along with the -1 Ranged attack from the Quix is made that all enenemy attack was reduces. With The Void Dragon, I hoped to evade attacks while the Lord Arianthus was there to reflect a lot of damage. Both of them having the void ability I also hoped to survive a while. I put the Djinn Renova in 3rd and 2 monsters that do quite some ranged damage in the back with the Peacebringer and the Air Elemental

My plan clearly didn't work as my opponent had all the cards with all of them at higher level to just form a more optimal deck.Especially the level 5 Ilthain riftwatchers summoner really hurt me. I also made the mistake not looking at the true strike ability going for some higher speed monsters while it was impossible for them to be misses. So if anything, I learned a lot from this challenge and I guess became a tiny bit of a better player because of it.

I have gotten at a point right now where the timle requirement for the game became way too much against while at the same time, I'm not willing to pay the ridiculous high fee for Archmage. This not has me to a point where I might check out splintermate which is very affordable.

!1UP This summoner is great!


Why was the painter sprinting down the street?
Because his paint was running.
Credit: reddit
@costanza, I sent you an $LOLZ on behalf of @imno