@costanza 72
about 2 months ago
Splinterlands

One more useful common cards in the Splinterlands game is being highlighted this week in the Share Your Battle Challenge. This is the Haunted Spider... 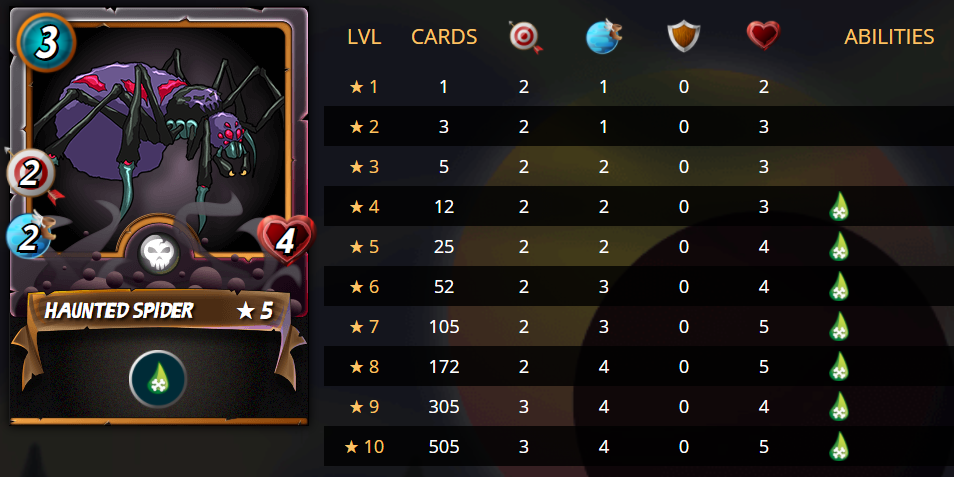 The rarity level of cards right now is a relative thing as older common cards used to have 400k single prints requiring 505 of them making it so that there will only be a maximum of 790 Max level cards not counting those that got burned. Compare this to the current Legendary cards of the new reward set who will have a total of 200k single prints needing only 11 of them that need to be combined to get a MAX level and it's easy to see how old common cards are much rarer (23 times more to be exact) compared to the new Legendary cards. The Haunted Spider is one of those cards that I consider quite powerful at all levels since it has 2 attack for 3 mana at level 1 and the strong Poison ability at Level 4. It certainly is a card I love to use aside of the Twisted Jester in lower mana Death Splinter battles.

Since it is quite expensive (3.80$ for a single) and doesn't give all too much collection power (15) while it won't be allowed in the upcoming new modern format, it is not really a card all too interesting for new players who mostly want to build their initial collection based on collection power. Veteran players with diamond hands managed to get it cheaply and are able to have some fun with it and those that love collecting playing at a higher level might get their fix picking one of these cards up from the market if they have deep pockets. 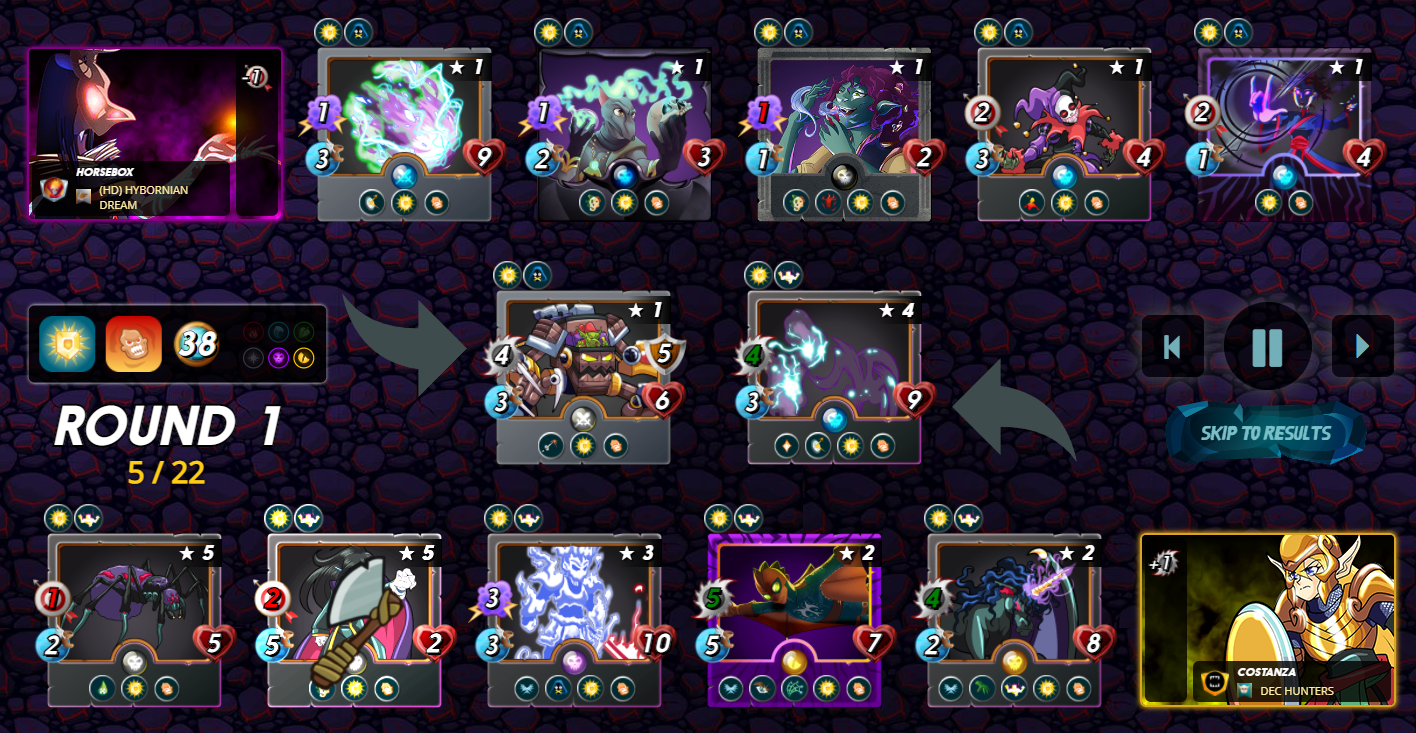 The battle is one from a Brawl I just played where only the Death and Dragon Summoners were allowed showing that having a bigger more balanced card collection often is better than being focussed on 1 or 2 splinters having only those at a higher level. The battle rules had both Divine Shield and Rake making it good to play Melee monsters with the Poison ability also being useful. played the Haunted Spirit & Corrupted Pegasus combination followed by the Dragon Jumper for a triple Melee Attack. The Phantom Soldier mostly was there to reduce Magic Power from the opponent with a backline including the Vampire & Haunted Spider who both have rather low health but got protected by the Divine Shield

It basically was another pay2win fight where there was no skill required whatsoever as my opponent only had level 1 cards.

For more Info Around the Splinterlands Game see...

Carnage! But then again, L1 opponent!

Congratulations @costanza! You have completed the following achievement on the Hive blockchain and have been rewarded with new badge(s) :

Well it was a good common card, I don't have too many cards cause I still new in the game but really I did enjoy the challenges idea to make people know about all cards in the game, by the way I signed up in the game by your link and thanks for the cards you sent to me.