I have been interested in the SPT token from Splinterlands which is used on Splintertalk.io first making a post about it now nearly 2 years ago on the 25th of September 2020 (Link). This is another update post since last time I covered it 5 months ago (Link)

A couple of days ago, the 365-day SPS airdrop to Splinterlands asset owners came to an end. This was the main reason why SPT did a 50x at some point and went back down -94% since. So right now, the token is back to mainly offering some use-case inside the splintertalk.io ecosystem and it is also used to buy "Jpeg NFTs" which both are way less valuable to the fact that it provided aidrop points. I would argue that there is also some speculative value again at this point as nothing prevents the devs from giving SPT a more real usecase again that is directly linked to playing the game giving benefits there. 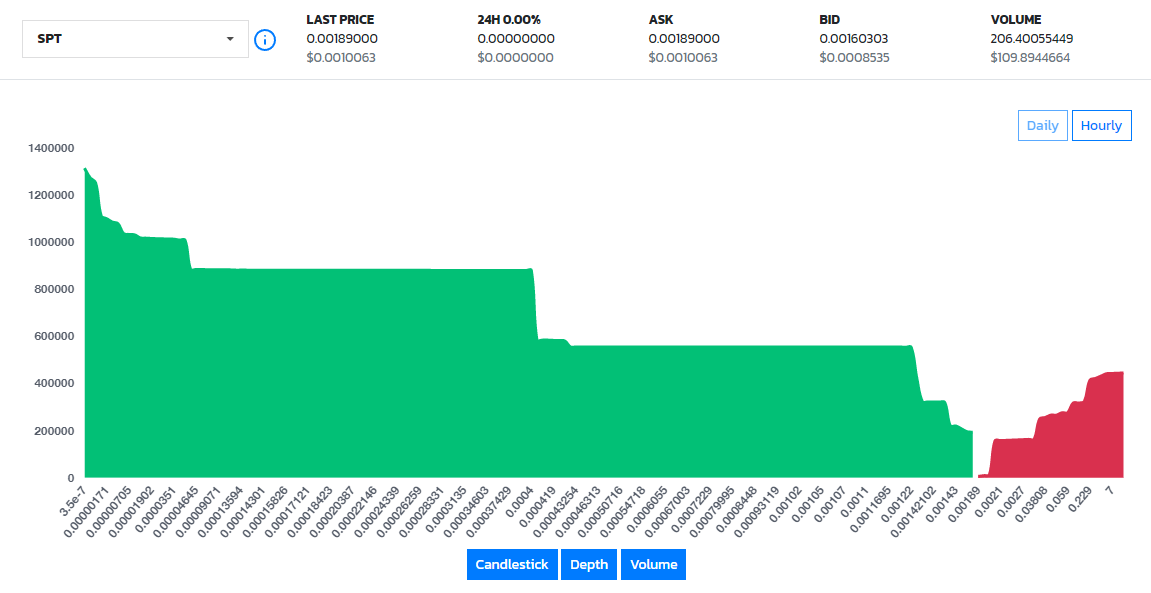 There seem to be quite some buy orders from players that want to pick it up cheap again most likely for the speculative aspect I assume.

This is the overall evolution of SPT so far since I started tracking it.

The overall inflation is still quite big but it is for sure slowing down in percentage as more SPS gets in circulation. I'm not quite sure how much has been burned with the NFT stuff.

I managed to stack up while SPS was cheap before the Airdrop, got quite some SPS each day thanks to it which most was staked now earning both Vouchers and SPS Rewards. While for sure it would have been better to dump all my SPT at the top (instead of just taking some healthy profit), I don't really mind all too much my overall approach to getting the SPS instead which I'm quite bullish on long-term. As for the SPT itself, I continue holding 2 Million having it delegated to @monster-curator for some passive curation earnings which continue to come in consistently.

Whenever I need some funds for cards or packs, I tend to 'redistribute' (sell) some SPT earnings while keeping my original stack which is diluting my overall holdings due to inflation. I see it as cost-average taking some profit along the way and I intend to keep this approach going forward.

SPT right now seems to have gone back to mostly having speculative Value after a -94% Value drop compared to when the hype was big with the SPS airdrop. I'm happy to hold on to my original rather big stack not expecting anything even though I'm hoping for new real use-cases in the future that will take us for a big ride up again. I would argue that the price now is held up by speculators and my guess would be that it continues trending down slowly the coming months. At some point when SPT feels like it's completely dead and useless, it might become a good enough risk/reward ratio to throw in a couple more 100$ to get my stack back to a higher % of the overall supply in circulation.

I was pretty excited when nate said a few town halls ago that he had tons of ideas for SPT but it sounded like it wasn't much of a priority. I picked up some of the NFT's early on but it seems like once the next batch comes out, the older ones are quickly forgotten. At some point I think it will pay off to hold a bunch of SPT though.

@wine.bot 53
about 2 months ago
Congratulations, @imno You Successfully Shared 0.300 WINEX With @costanza.
You Earned 0.300 WINEX As Curation Reward.
You Utilized 3/3 Successful Calls.

@costanza 73
about 2 months ago

I expect the same and probably the NFTs will count for the SPT they originally went for at least if SPT gets another use case. the price needs to go quite a bit lower still for me to load up more though.

I like to see your numbers over time. It was definitely a nice side effect to get airdrop points for staking SPT. Now I believe the token is not worse off than any other hive-engine project and you never know what the Splinterlands Team has in store...

Thanks for sharing your numbers. Im unsure what to do with my SPT.