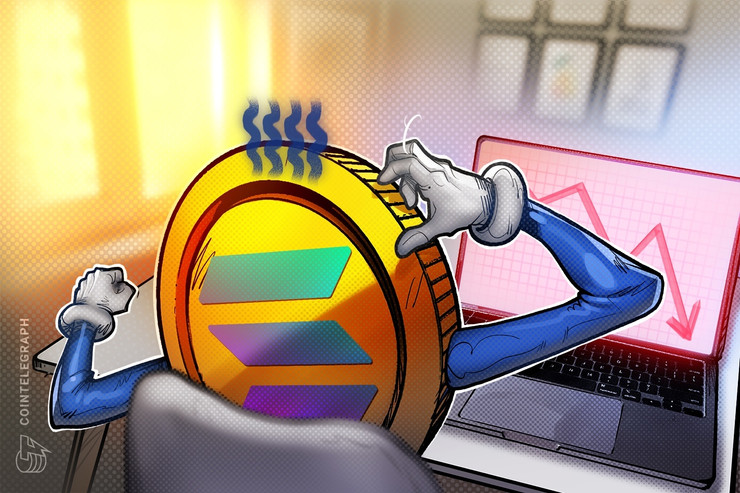 In the week of August 8-14, Bitcoin continued to strengthen against the US dollar. Bullish days were Monday, Wednesday and Friday - popular days for training in the gym. Investors, apparently, were engaged, and between campaigns they bought a crypt. After each upward momentum, the market sank quite strongly, which did not allow buyers to take full advantage of the support from the US stock market and the weakening of the US dollar.

In the outgoing week, the key events were the inflation report in the US, as well as the news of a successful merger in Goerli. Since inflation data could change the expectations of the Fed's further actions, crypto investors feared a collapse in stock indices and closed long positions. Before the publication of the data, the BTC/USDt pair was declining to $22664.

On August 10, the dollar reacted with a decrease to the statistics. Stock indices and cryptocurrencies flew up. The BTC/USDt pair jumped 4.9% to $24,178. On August 11, the growth continued to $24,912. Bitcoin rose in price more slowly than other coins, as investors bought ether for bitcoin.

In July, annual inflation in the US slowed down from 9.1% to 8.5%, while the forecast was 8.7%. The data bolstered hopes that US consumer price growth could peak in June and the Fed will back off from aggressive rate hikes in September and November.

On Thursday (August 11), the developers successfully completed the update of the latest Goerli testnet. The date of the Ethereum merger and transition to Proof-of-Stake will take place on September 15 or 16. The failure of the transition to ETH 2.0 is unlikely, but there are those who are still considering forking the network.

On Friday (August 12), the growth of stock indices continued. The S&P500 and Nasdaq rose 1.72% and 2.09%, respectively. 55% of investors expect the Fed to raise rates by 50 basis points in September, while 45% expect a 75 basis point hike, according to CME FedWatch. As of August 5, investors estimated the probability of a 75-point rate hike at 68%.

In the week from August 15 to 21, from important events: industrial production data (Tuesday, August 16), retail sales data and minutes from the last meeting of the US Federal Reserve (Wednesday, August 17). Protocols are the most interesting. It is interesting to know how the mood of the FOMC members on inflation has changed and what they discussed on the negative GDP. 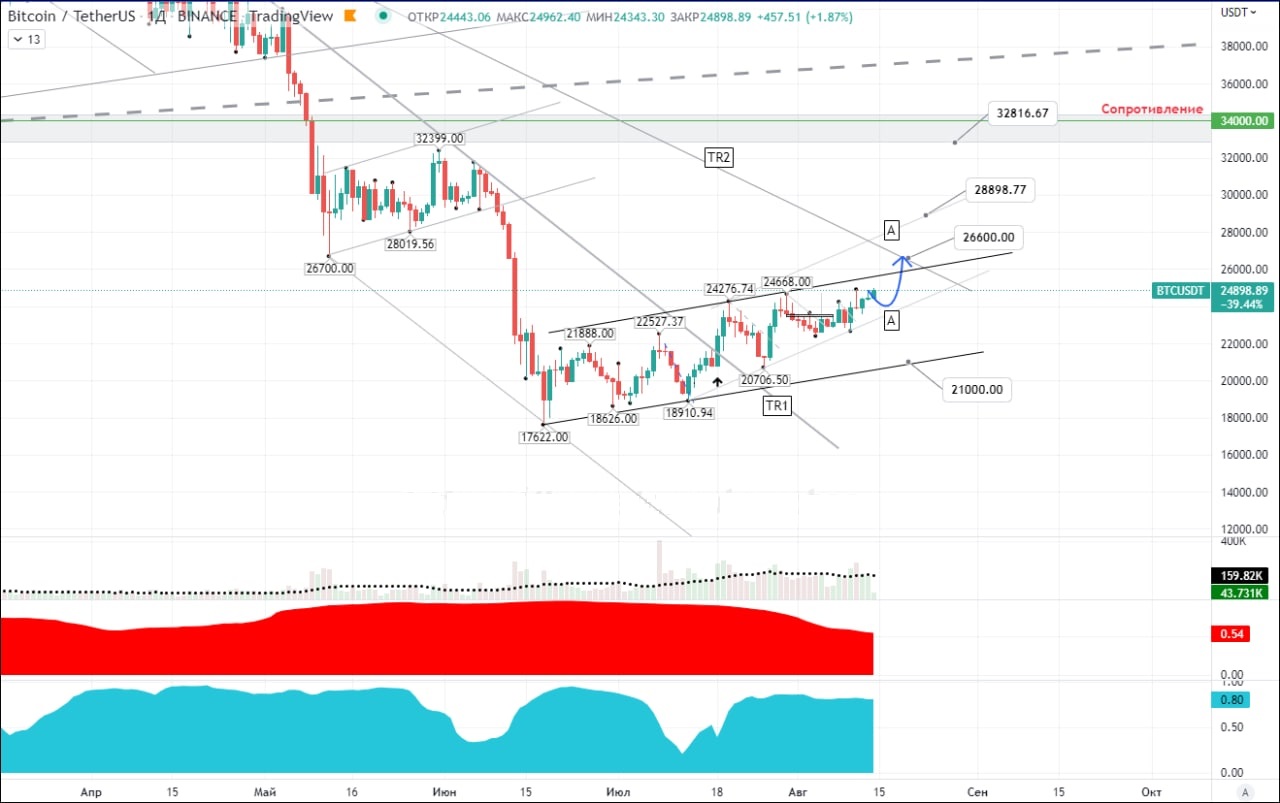 If the rate of price growth continues, the level will drop along the trend line to $26,600 (mark on the chart). The sellers are targeting two levels: $22,500 and $21,000. A signal for increased sales will be the closing of the daily candle below $23,150. On the weekly timeframe, the S&P500 index returned to the trend line of 4287 points. I think the activity of buyers is low because of this. If the fund moves higher, then the crypto should expect acceleration for all top tokens. 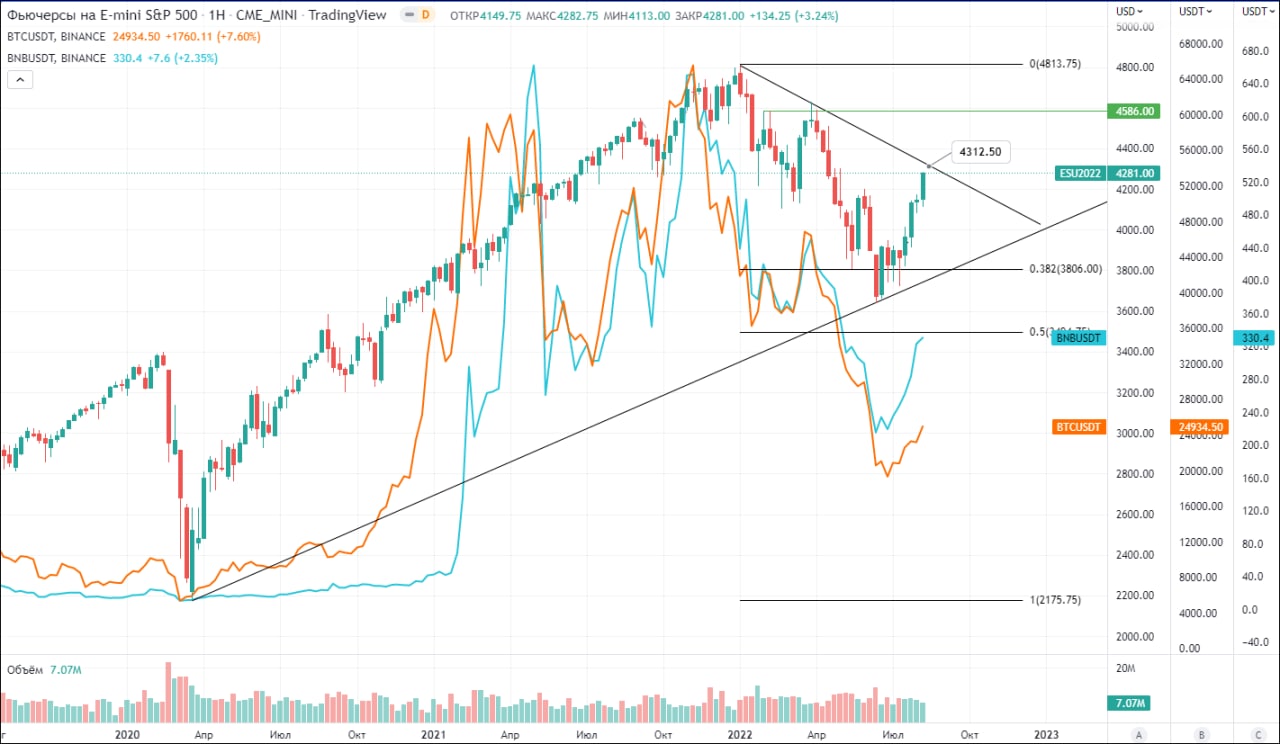 Future on SP. I believe that now all investors will follow the trend line. Since the correlation between the fund and the crypto remains at high values, the continuation of the upward correction of the crypto will depend on the success of buyers in the US market.

For now I agree that the price of BTC is very much dependent on the price of US equities. We'll see how long that correlation lasts.
!HBIT

Congratulations @cryptonotes! You have completed the following achievement on the Hive blockchain and have been rewarded with new badge(s):