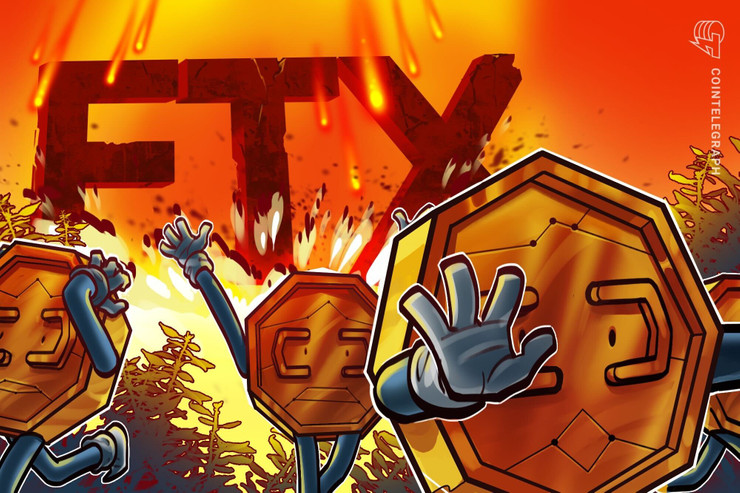 The second week of November crossed out all the achievements of buyers since mid-September. At the time of writing, the BTC/USDt pair is trading at $16,542. Weekly losses are 20%. The collapse of the crypto market occurred due to a showdown between the head of Binance, Changpeng Zhao, and the head of FTX, Sam Benkman-Freed.

On Monday, Changpeng Zhao caused a liquidity crisis on the FTX exchange with his announcement of the FTT token sale. As it turned out, the majority of FTX-related company Alameda's assets ($14.6 billion) were FTT tokens. The largest company was backed by a coin issued by its own subsidiary.

Since Tuesday, investors began to actively get rid of the FTT token and sell off crypto assets. The collapse of the market lasted two days. Changpeng tried to save a competitor through a takeover, but after familiarizing himself with the financial condition of the company and the misuse of customer funds, he refused the deal.

The collapse of FTT led to the collapse of the FTX exchange. The token has fallen in price by 92%, to $1.82. The bitcoin rate has fallen to $15,588. The Cyprus regulator has suspended the FTX Europe license. The Bahamas Securities Commission has frozen the funds of FTX Digital Markets, which was the operator of the FTX crypto exchange. The US Securities and Exchange Commission (SEC) has launched an investigation into Sam Bankman-Fried. He himself filed for personal bankruptcy. The FTX exchange also announced on its Twitter page (the network is blocked in Russia) that it had filed for bankruptcy.

The head of Binance destroyed the strongest competitor in a couple of days. It is believed that Zhao deliberately made public statements about the sale of FTT. The fire was partially contained by US statistics on Thursday. The slowdown in inflation in the US collapsed the dollar and increased the demand for risky assets. Traders sold the US currency on expectations of a slowdown in the cycle of aggressive interest rate hikes by the US Federal Reserve. The BTC/USDt pair jumped 16% to $18,199.

Although the dollar index continued to fall on Friday, the cryptocurrency stopped growing. Sam Benkman-Fried has undermined the credibility of the crypto industry. Investors fear the collapse of other crypto companies that have liquidity problems due to FTX. We just don't know about it yet. Alameda may be leaking its portfolio over the market to take advantage of the rebound.

The inflation report temporarily diverted investors' attention from FTX problems, although the market situation remains tense. After the collapse and rebound, the BTC/USDt pair is trading at $16,800 in a range of $15,588 - $18,199. The shock has passed, while the activity of buyers is very low. Without new negative news, the continuation of the correction above $18,500 remains. In such conditions for buyers it will be a feat. The risks of a decline to 12 thousand, according to my estimates, are more than 70%. The market is low-liquid, so any news about the collapse of another exchange with its own token will collapse the market in a day. It takes a couple of weeks for the dust to settle after FTX.

Buyers fail to close the week above $18,500. 16539 American statistics stopped the fall of the bitcoin rate, but due to serious problems in the crypto industry and large losses, investors refuse to buy cryptocurrency. On the hourly, the support is the level of $16,250. If it fails, sellers will move to update the minimum.

The dollar is falling well. The S&P500 continues to rise seasonally. Crypto was taken out of this rally. Due to the crash, the market switched to cycles of 29+181 days. According to them, growth begins on December 17. From November 23 to 29, there is time for an upward correction, but I'm not sure that buyers will be able to turn the tide during this time....