@cryptonotes 57
about 1 month ago (Edited)
LeoFinance 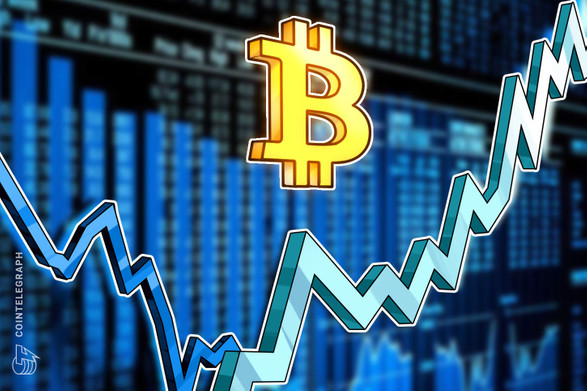 Market volatility increased after the publication of US inflation data for September. The general index accelerated in September to 5.4% y / y against 5.3% in August (the forecast was 5.3%). Since the report was released before the US Federal Reserve Protocol, the first reaction of traders to it was buying the dollar and a slight increase in the yield on 10-year US Treasury bonds. Bitcoin was trading at 54880 and was not twitching. It took about an hour as the market abruptly changed direction. This is where the price began to rise.

Minutes of the September meeting of the Federal Open Market Committee, released Wednesday, indicated that the central bank could begin scrapping its asset purchase program as early as mid-November. The pace of asset purchases is expected to decline by $ 10 billion monthly for Treasury bonds and $ 5 billion in the case of agency-backed mortgage-backed securities. 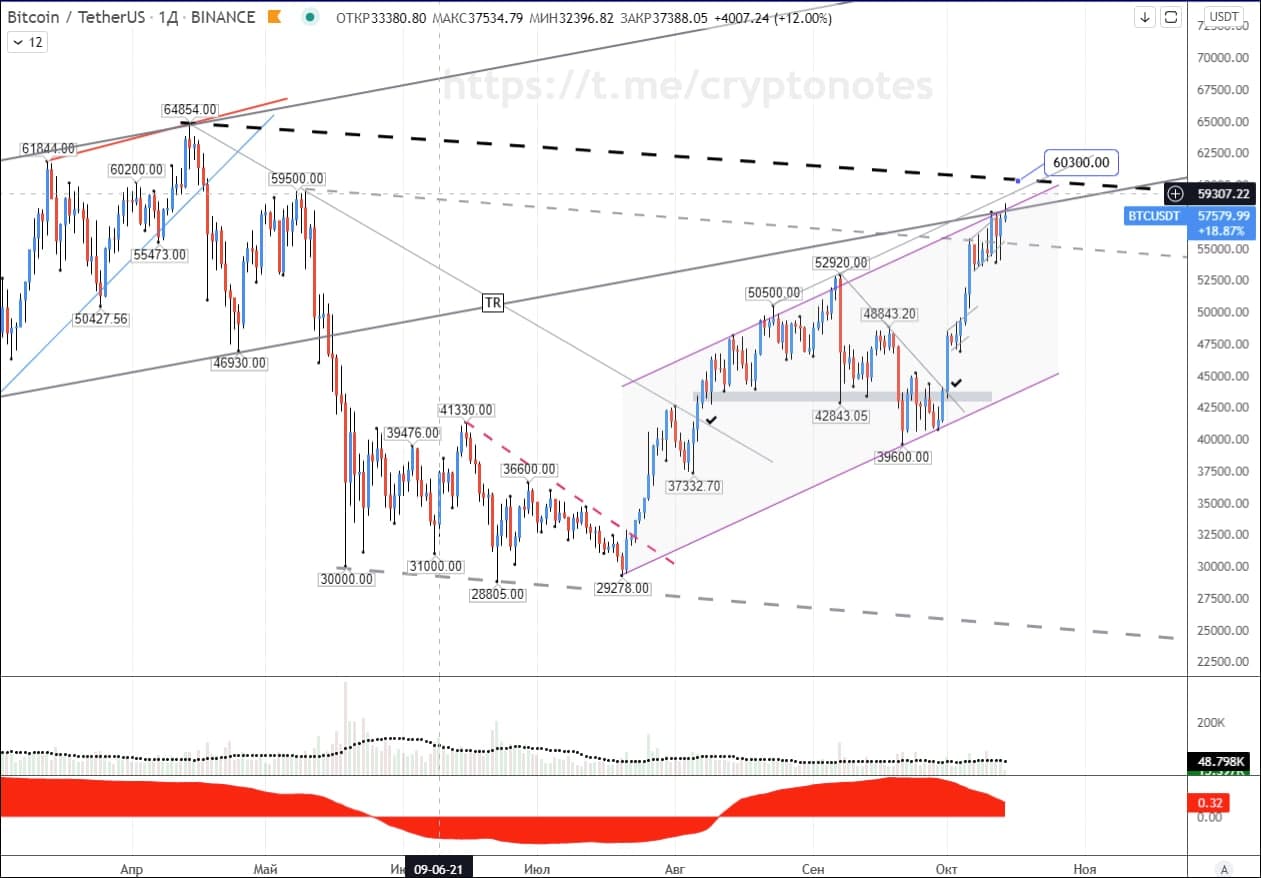 Investors have chosen Bitcoin to hedge against inflation, which has surged in recent months. The price spike was driven by higher energy prices and supply disruptions.

At the auctions in Asia, the price rose to $ 58,532. On the daily timeframe, buyers fail to pass the resistance zone of $ 57,800–60,000. Price levels are lined up in such a way that the resistance zone is wide. In Europe, one bitcoin gives $ 57422. Bitcoin is temporarily under pressure when alts are bought for it. And so the external background is favorable for the continuation of the upward movement up to 60 thousand. 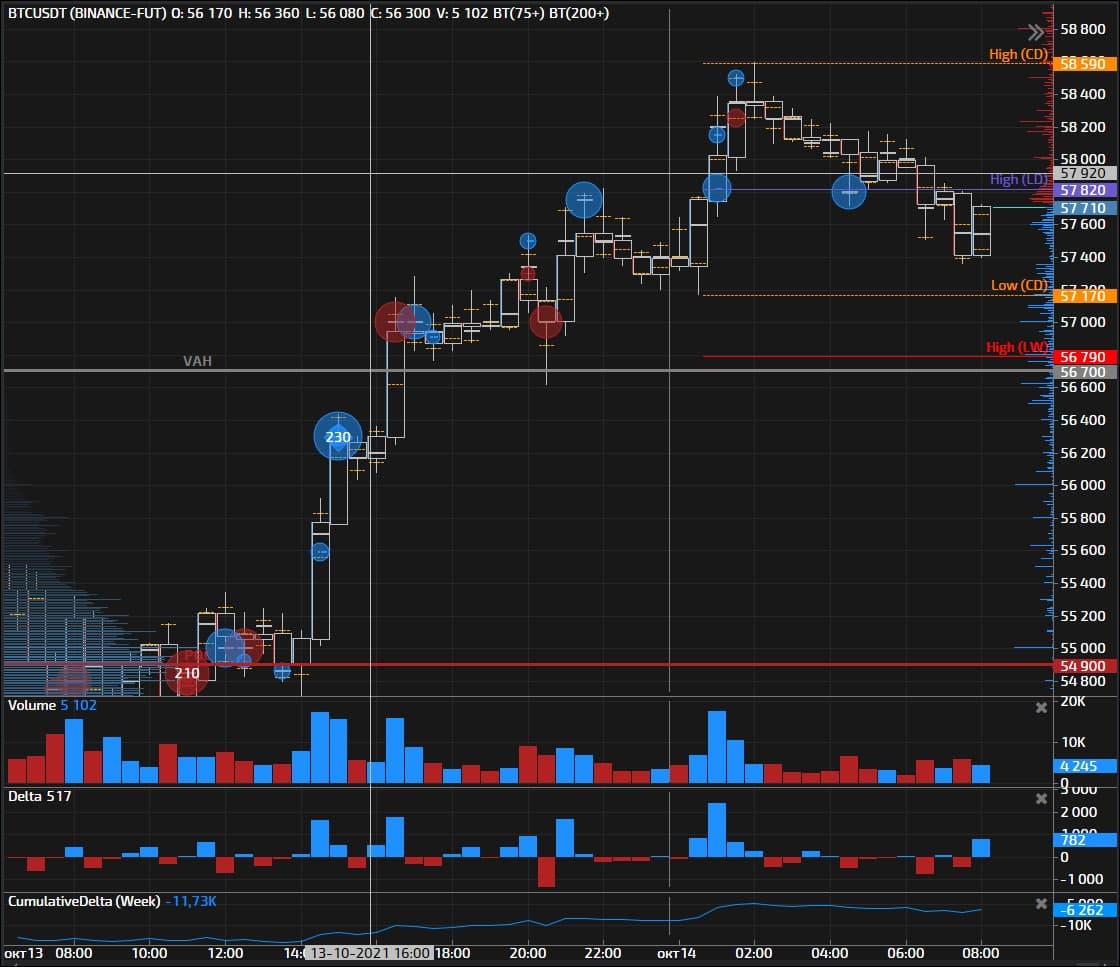