190$ of value generated for the CTP community members in one week! 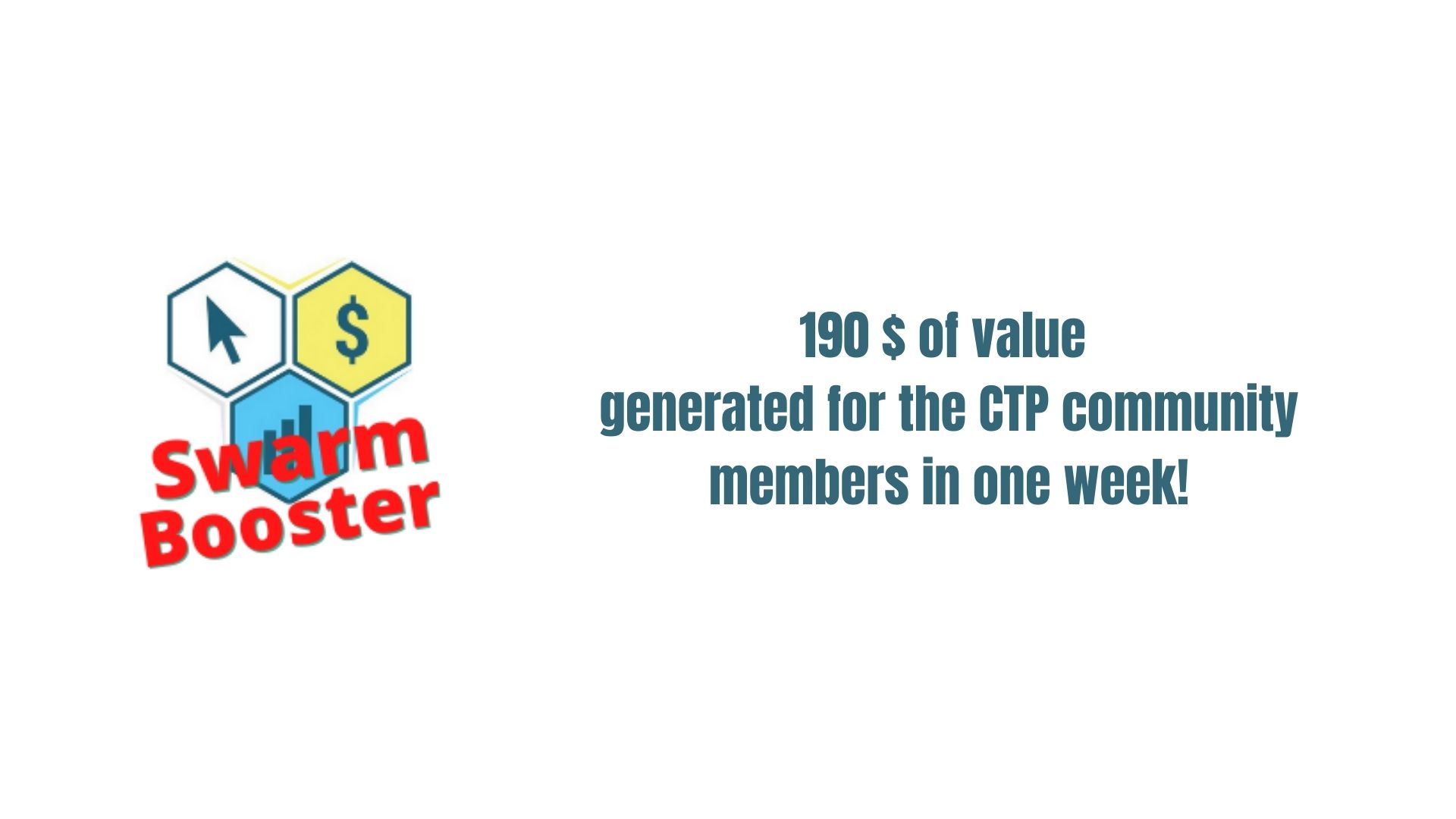 The CTPSB project is supporting the members of the CTP community by upvoting their quality content. During the last 7 days, 185 posts of the community were upvoted with an average value of a little bit less than 1$ per upvote. This means that the @ctpsb account managed to generate about 180 $ worth of post value with its upvotes. This means that thanks to the project, the community members earned close to 90$ in author rewards.

Last week, the account earned about 90$ of curation rewards. Together with the author rewards that the account managed to generate last week, the token value increased by 0.01 Hive. There are 10'000 tokens in circuation and this means that the combined community got richer by 100 Hive in one week, just for holding CTPSB.

Thanks to the CTPSB project, the CTP community owns about 190 $ more than the week before! This is without counting all the upvotes given in tribe tokens and the interests paid to delegators!

A similar value has been generated every week for more than 1.5 years!

Here the numbers of this week: 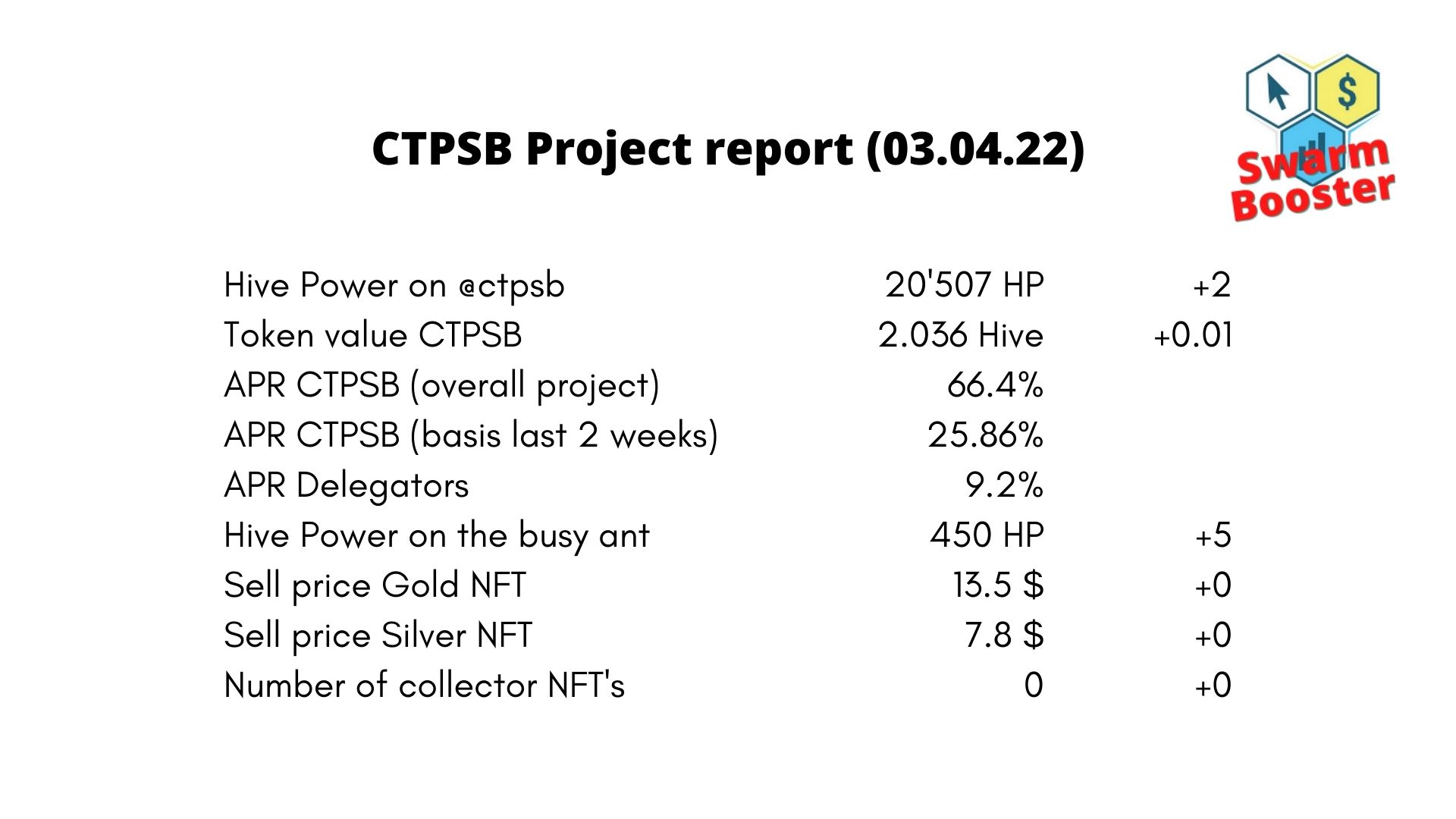 Right on! Numbers go up! Lol. We like number go up, lol. But really, keep up the good work all!

This is awesome. Nice work!!

Congratulations @ctpsb! You have completed the following achievement on the Hive blockchain and have been rewarded with new badge(s):

This is really a nice,the earn thing is that the community is growing in it's toke value

Yes not only does the community get upvotes from it but they actually earn just by holding the token.

CTPSB continues to be a sound investment.

It has quite a proven track record ;-)

Awesome stuff! And thanks a lot for the support!!

This is a cool project, I was not aware of it.

It's a community project that was started in october 2020 and still works to give value to the community.

Thanks! I saw 9 familiar names in the rich list. 😅 Great project!

It's nice to see everything go well with CTPSB and I hope to be on the list the next time it updates. I think I should be there because I staked quite a bit of CTP because I got tired of waiting.

I will do it as soon as possible. Probably just after my easter break ;-)

Well done Achim! It's not just that, I've seen CTPSB (the stem account) often on the buying side for CTP lately. I tried to buy some cheap CTP too, but in the end I didn't have the patience, as people kept outbidding me.

Well there is a lot going on behind the surface ;-). There are a lot of accounts linked to the project and some of them have as main target to give value to the CTP token ;-)

That is a great increase for just one week. I appreciate all the work that you do to keep the return of this project as high as possible. 66.4% APR for the overall is outstanding. Keep up the consistently great returns. Take care.

Thanks a lot for your great support!