A look at the global state of CBDCs 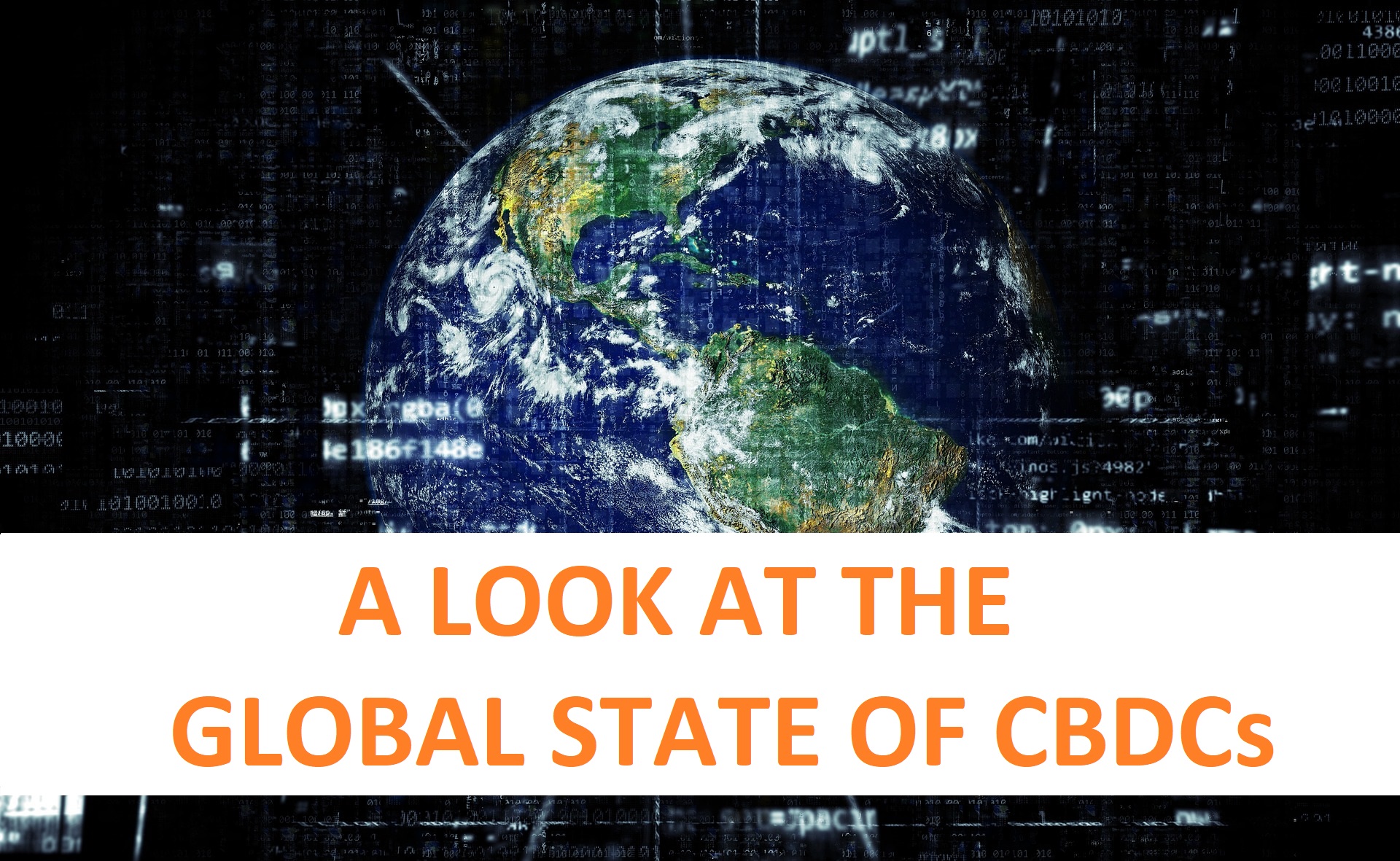 As I recently found an excellent resource, The Atlantic Council’s Geoeconomic Centre, for looking at the global progress of CBDCs I thought it was time to take a more global look and see what the trends are.

CBDC progress across the globe

The data available on the site had, as far as I can tell, its last major update in May this year. This means the date is not so fresh it is still moving, but on the other hand, it has also not started to smell. I do see there have been some updates done after May as well.

There are 112 countries out of the total of 195 that have looked into a CBDC in one way or another. These 112 countries, together, equate to around 95% of the global GDP. To me, this paints a clear picture. If the country has any GP to speak of, they have at least looked to see what the CBDC is all about. I have to confess I was quite taken aback by this number. I knew that there were countries exploring the BDCD as an option, and several pilots started in recent times. But I never thought that there would be so many of them.

All aboard the CBDC train

Of the 112 countries, there are only two that officially have canceled their CBDC project. They are Ecuador and Senegal. While there are several differences between both of the country's projects, both had the use case listed as "retail".

Both Ecuador and Senegal have "only" a GDP of 106.2 billion respectively 27.63 billion. Or in relation to the world GDP 0.111% respectively 0,029%. This puts them both well below the global average GDP of 493 billion. This tells me that they both have economies that are on the smaller side, and that is most likely the main reason for the projects getting canceled.

There are also 10 countries that are listed as inactive currently. Most of these also have fairly small economies, all coming in below the global average. Of these, perhaps the most noteworthy country is North Korea. A country I would have bet money on would love the idea of a CBDC. But then I realized that if the population constantly is starving, who would ever use the CBDC? And not I just think it is strange they even started to look into it in the first place.

What is in store for the near future

There are currently 11 countries with launched CBDS and 15 counties that are running pilot projects. Given the alarmingly small number of countries that have canceled their CBDC project, or even just are inactive. I think it is only a question of time before more countries move out of the pilot stage and into the launching stage. And of course, new countries filing into the pilot stage.

If we look at the "biggest" countries, the G7, of them there are two that are clearly standouts. The US and The UK. Both of them are far behind the other 5 countries when it comes to their own CBDC project. It will be interesting to see if this means they will try and cut some corners to try and catch up, or if it just means they either don't really take the CBDC thing as super important. Or they might have something else planned. If we look at the G20, 16 of them are already in the planning or pilot stages.

I do think that with so many countries seeing racing to be the first ones to adopt a CBDC into wider circulation. I think that they might be overlooking a fairly big issue. International trade and transactions.

When I look around at the map I can see a lot of different underlying technologies for these projects. And if there is one thing I know for a fact, that is that tech does not always play nice with other tech. And this might end up becoming a bigger issue than they initially thought. How global trade only seems to go up and up.

If we look back at history we can see similar things have played out in the past. As an example the different rail standards in EU. There were a lot of different standards used there and this has greatly increased the problem of efficiently using railways as a means of international transportation in the EU. This led to a completely new industry popping up in its place, low-budget international flights.

And for the slightly older people, there was the battle between Betamax and VHS, or Laserdisc and DVD. And we might very well be in for a surprise both in how countries chose to play ball with each other. Or we might be in store for something completely new popping up. And it might very well be this the US or/and the UK is working on. Not to mention the fact that China, Russia, and Saudi Arabia seem to be looking into creating a reserve currency of their own. This might also be something that players into events in the near future.

So whether you are a fan of CBDC, which I assume most of us are not, I do think we are in for some interesting times.

Note: I chose to only look at GDB and not GDP per capita or something else. Mostly because GDP tracks goods and services in a country and while those do not necessarily translate 1 to 1. I still think it offers one of the better comparisons and gauges of the potential use of a CBDC. I think the population size, while it can factor in, it is only a small piece of the larger puzzle. Link to The Atlantic Council’s Geoeconomic Centre where I pulled the data is down below.

What are your thoughts on the rice of CBDC? Do you see any potential issues, other than privacy-related ones? Or do you think it will be fairly smooth sailing adopting and implementing them? Please share your thoughts on the CBDC topic in the comment section down below. If you would like to support me and the content I make, please consider following me, reading my other posts, or why not do both instead.

No matter the timeframe of adoption or implementation. CBDC will become a reality in our lifetime.

Yes, that is very true. I think it is pretty safe to say before 2030 even. And the part is I get why the governments like them, but I think it is up there among the worst things and biggest to our personal privacy sins facebook.

That is why cash is still a good option when you make tiny transactions like buying a coffee.

Very true, however in Sweden we are to a very high degree cashless. And shops have even stopped taking cash. So there is that downside to things to take into account.