The Hive DEX, or the internal market as it is mostly known provides a HIVE to HBD trading pair. The tricky thing is that on the internal DEX the Hive network always assumes HBD is valued at 1$. Because of this you will see HIVE is being sold for less or more then what is it on the external markets. An adjustment of the value of the HBD is needed and then it will all works out. One more thing to the Hive quirky system 😊.

The liquidity on the internal market has always been low and not very convenient for large swaps. But in the last few months we have seen and increase of the trading activity for HBD, a lot of arbitrages happening in both directions. Lets check the overall volume. 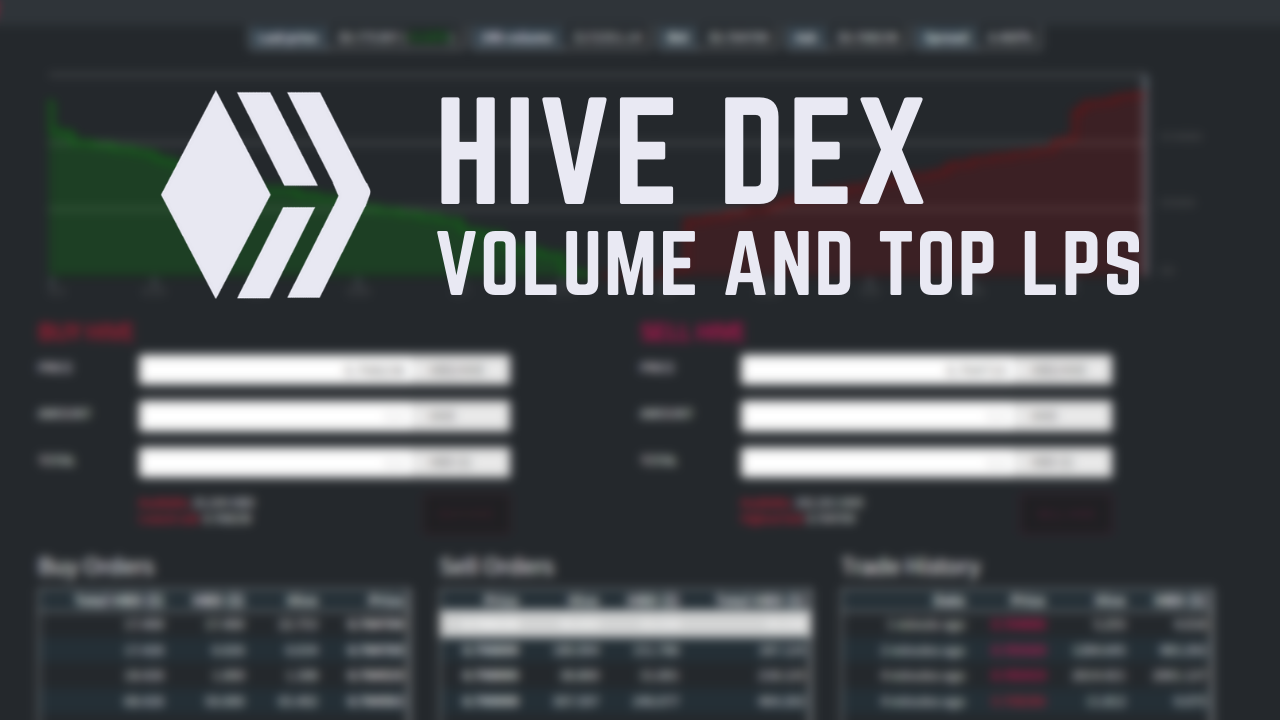 The @hbdstabilizer has also been active on the internal DEX and has increased the overall activity. This project is trying to peg the HBD price to the dollar and it is selling or buying HBD depending on the price.

Here we will be looking at the volume on the DEX, both in terms of HIVE and HBD.

We will be looking at the following:

Here is the chart for the daily volume on the DEX in HIVE. 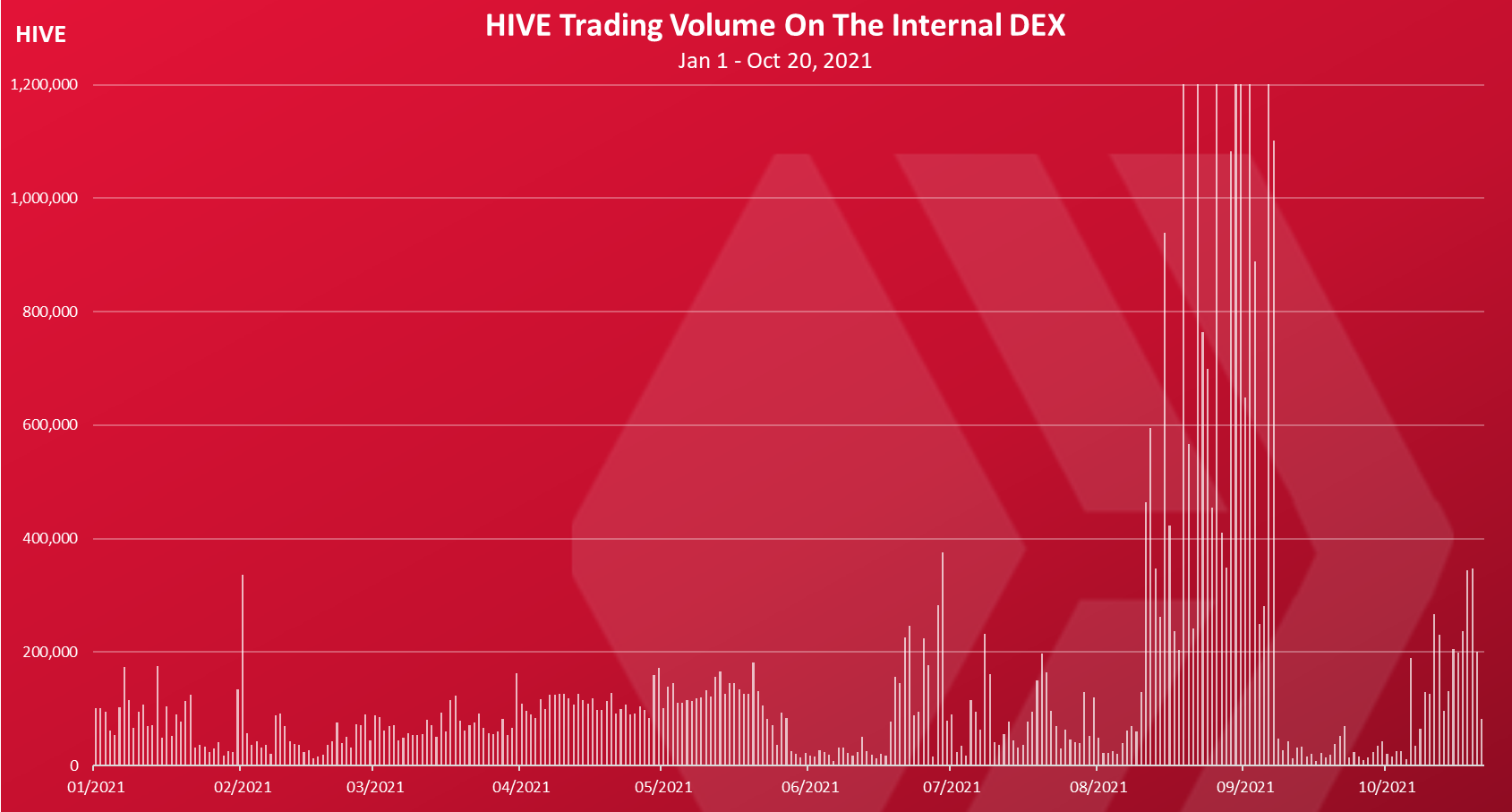 In August there is a total of 16M HIVE traded and in September, 8M HIVE.

Trading volume are usually valued in USD. Here we will be looking at the trading volume on the HIVE DEX in terms of HBD. Here is the chart. 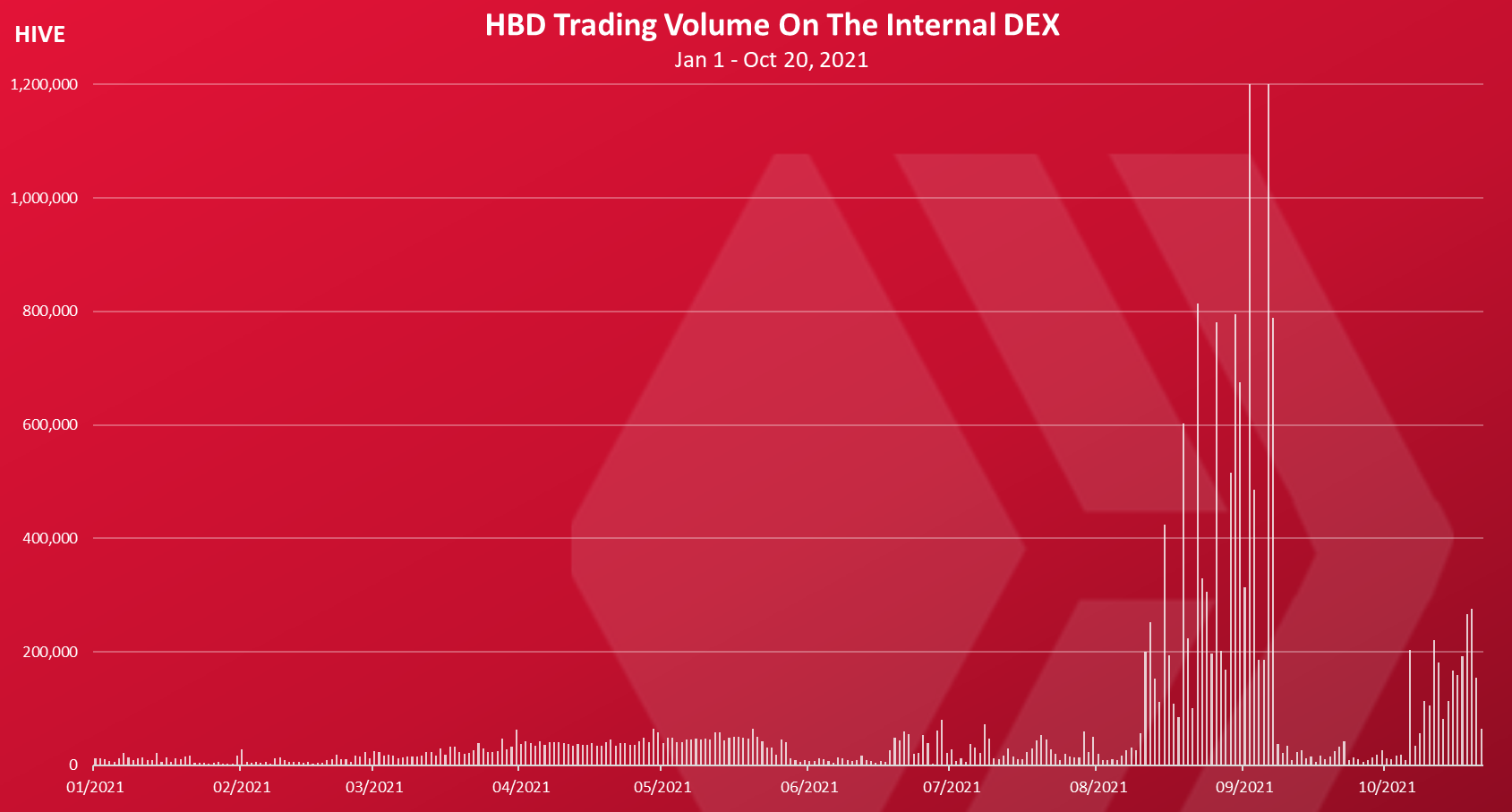 A similar pattern as for the HIVE volume here as well. A spike at the end of August and the beginning of September.
Although in the previous period the volume for HBD is even lower then for the HIVE, this mostly because of the low HIVE price. 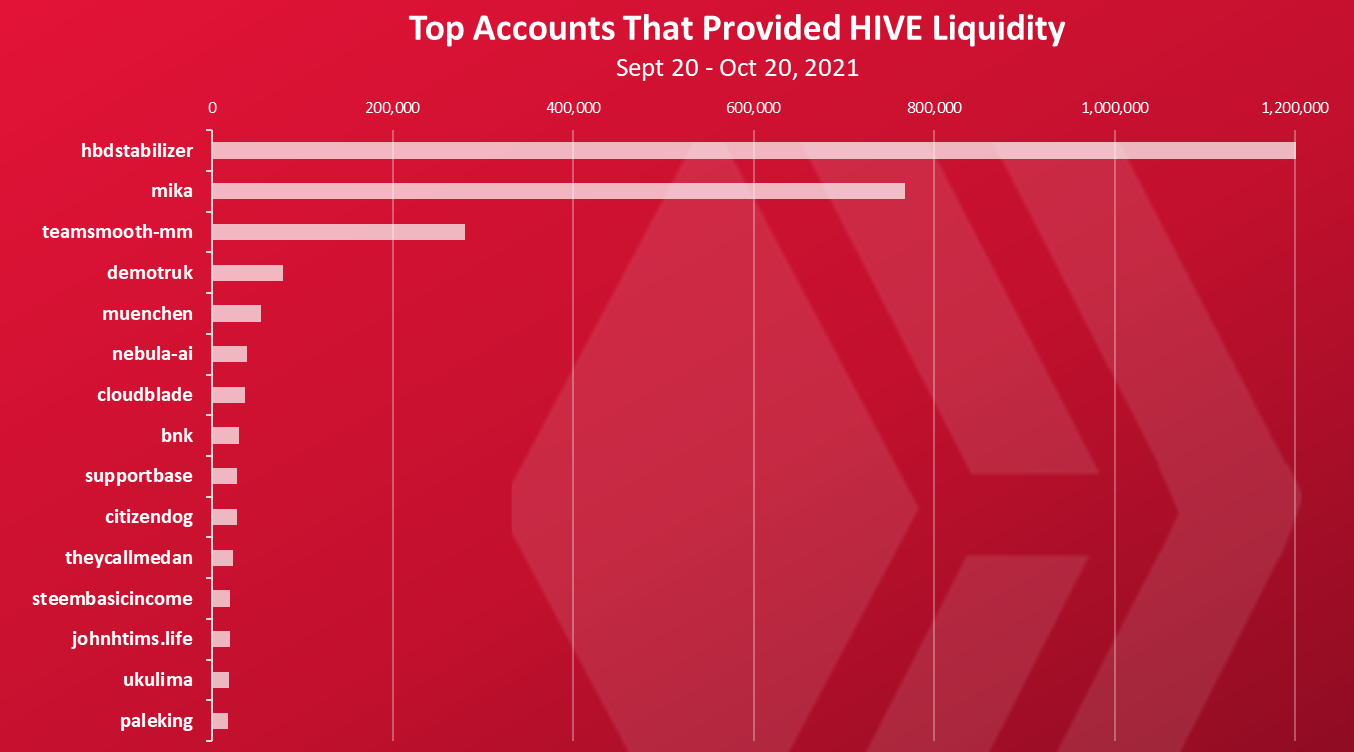 The @hbdstabilizer is on the top here with 1.5M HIVE sold in the last 30 days. @mika is second with 770k. The stabilizer and the rest of the big accounts are mostly selling HIVE in the last month (buying HBD) because of the low price of HBD.

The chart for the HBD liquidity providers looks like this. 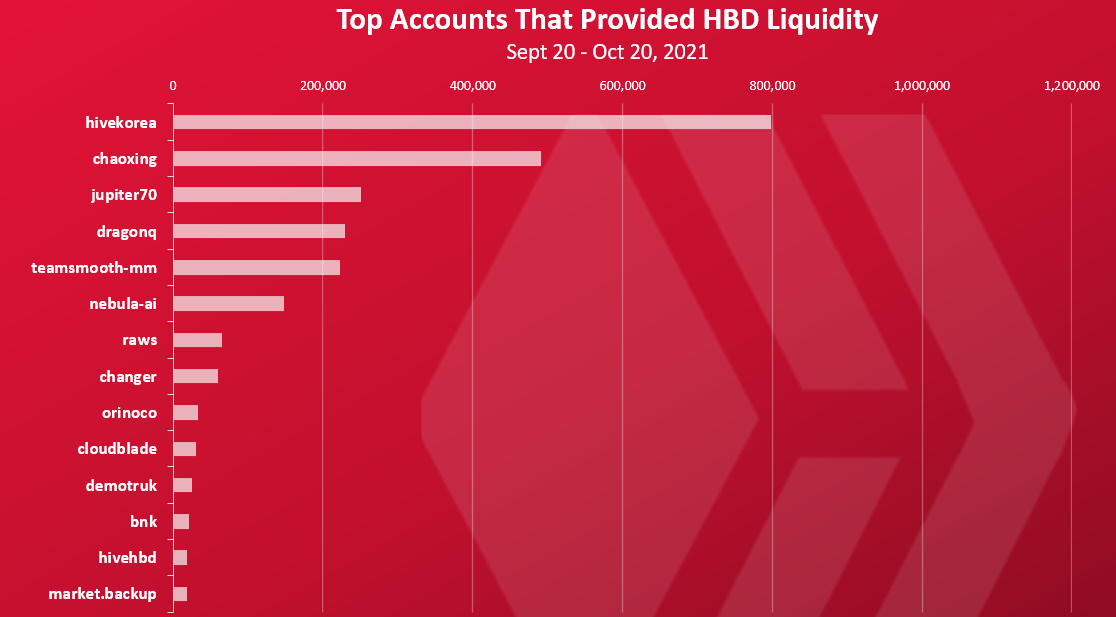 Overall, 2021 has a more dynamic internal market, mostly incentivized by the @hbdstabilizer, but also from the option to convert HIVE to HBD with the latest hardfork. With this everyone can create HBD from HIVE, and the opposite option that was available before.

It's a healthy trading volume on the HIVE DEX in terms of HBD for sure.

Not bad at all ... can be better, geting there

These are some really cool numbers. It never really occurred to me to convert my Hive to HBD when it hit a dollar. I'm adding that to my "must-try" list.

HBD is the most underrated, underutilised aspects of Hive.

With the blockchain now offering the ability for anyone to profitably create HBD from HIVE when price moves too far up, this should provide enough of a cap to let the arb bots do all the really heavy lifting.

And absolutely cash in for doing so!

It's these arbitrage bots that are key to stabilising HBD and surely one of the biggest untapped opportunities in all of crypto right now.

Will be interesting to watch how this senario continues to play out.

Yea interesting times .... we already see some improvements, probably will take a bit more time to create higher liquidity, and more use cases

I know where to find Hive Engine, LeoDex, and Tribaldex. I wasn't able to locate Hive Dex at <hiveprojects.io>. What's the URL for Hive Dex?

Thanks for the link to the Hive Internal Market. I don't see where I can view any of the charts you included in your post (especially Top Accounts Providing HBD Liquidity, given the recent pumps-and-dumps coming from South Korea). Is there a URL anyone can visit to get those charts, or is that data only accessible to select people?

There is no such charts for anyone .... I'm creating those manually using the hive sql database

Ah, OK. I was asking because I was looking for a place which offered similar data for Layer 2 tokens as well. No worries, thanks for letting me know.