@davdiprossimo 58
about 1 year ago (Edited)
LeoFinance

In this beginner guide, you'll learn how to use the Life Splinter card deck to win battles using only the free Starter Cards.

When you start playing Splinterlands for the first time, you'll begin with the Starter Cards only. These are cards that may be used in battle even if you don't own a copy.

As a beginner, you shouldn't buy powerful and expensive cards, because it's possible to climb up, at least, to the Bronze II League even with just Starter Cards. Of course, you'll need to have Collection Power to get there. 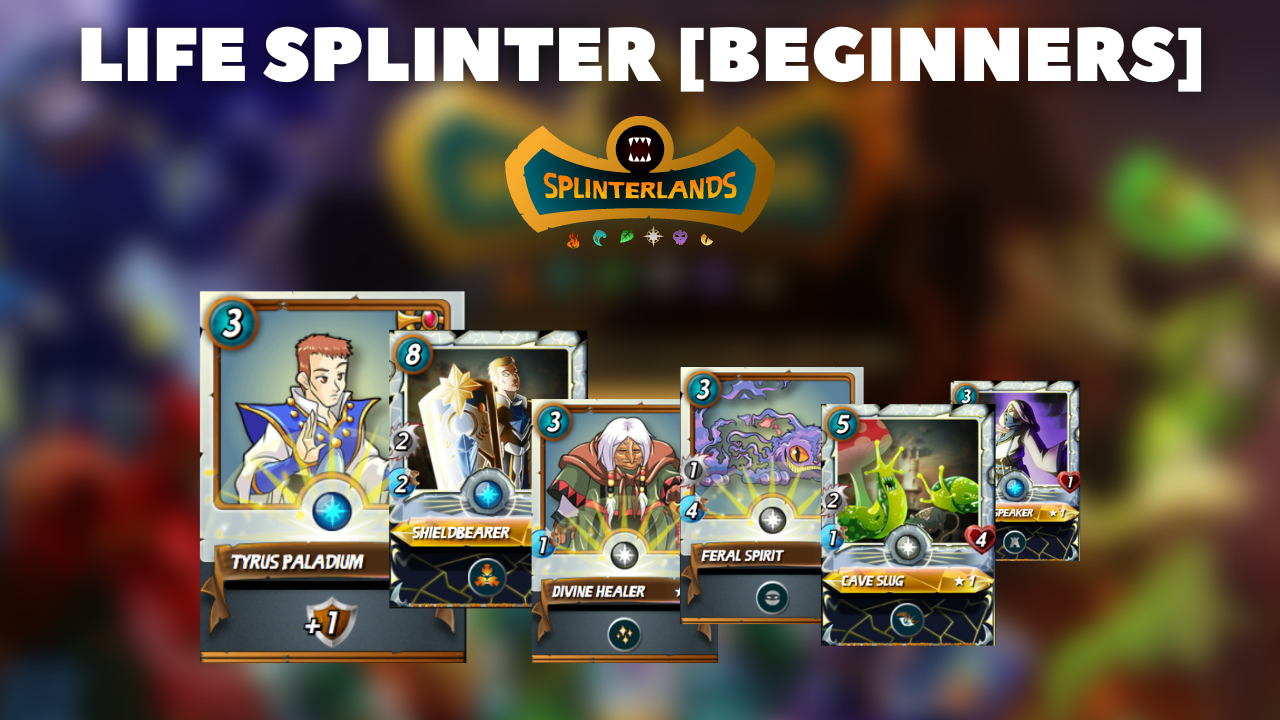 Not too Powerful Against Magic (Water Splinter)

The Life Splinter is strong, but you'll easily lose against magic. Magic simply pierce through armor, and there's very little you can do to counteract magic when you use Life.

So, before you start the battle, pay attention to what your opponent has been using in the last few battles.

If they have been using the Water Splinter a lot, which probably means they heavily rely on magic monsters, don't use the Life Splinter.

On the other hand, if you go ahead and use the Life element, here's some tips.

Depending on the Mana Cap, my rule of thumb with the Life Splinter is as follows:

If there are no particular game rules, I tend to go with the Tyrus Paladin summoner. 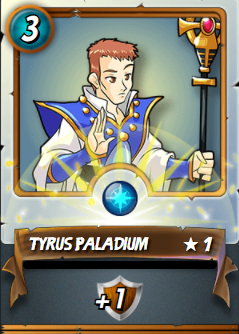 The guy gives +1 armor to all friendly monsters. I usually pick Tyrus Paladin and not Mother Khala (the other Summoner in Life) when I want more armor for the Shieldbearer (next image). 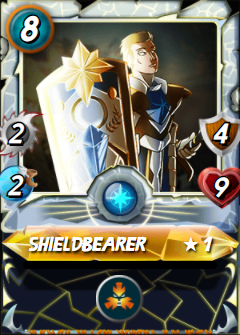 The Shieldbearer goes at the front because of Taunt. Thanks to Taunt, all enemy monsters will target this guy first (if they're able to) and they won't be able to pierce through. This helps you keep the rest of the team alive longer.

Behind him I put the Divine Healer. 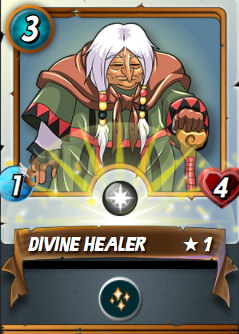 The Divine Healer has the Tank Heal ability, which means she'll restore the health of the monster in first position (Shieldbearer) in each round.

The Shieldbearer is the one that will get hit a lot because of Taunt. The Divine Healer will make it hard for your opponent to get enough damage to actually kill your first position monster.

Then, you want to use the Silvershield Knight in third position that will give you Inspire (gives all friendly monsters +1 Melee attack). 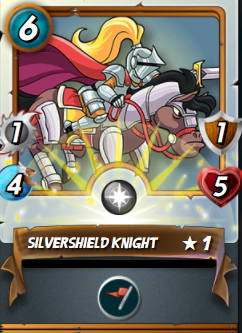 The Silvershield Knight will give +1 Melee attack to these 2 guys below. 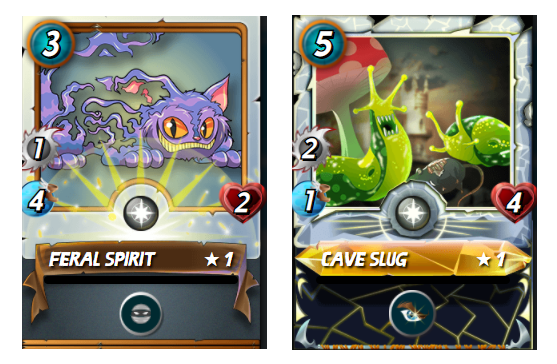 You'll use the Feral Spirit in cheaper Mana Cost battles. It's a cheap card and it has the Sneak ability, which means that it targets the last Monster on the enemy team instead of the first monster.

Note: if you have enough mana, use the Cave Slug in this position instead of the Feral Spirit. The Cave Slug has the opportunity ability, and this monster will attack from any position and will target the enemy Monster with the lowest health.

Then, you want to use the Elven Cutthroat, which is another Sneak ability monster. 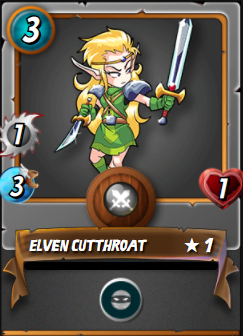 And, finally, the Truthspeaker. I like this card because of its ability to give all friendlies +2 armor. 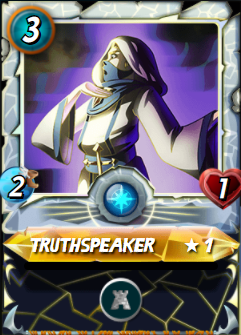 So, you already have quite a bit of armor with the Life Splinter itself, then you get +1 from the Tyrus Paladin (Summoner), and +2 from the Truthspeaker. You'll be unbreakable!

Again, if you don't fight against the Water Deck, with magic abilities, this is a very strong card combo that will help you climb to Bronze II easily (if you have the Collection Power).

In case you're entering a low-mana cap battle, you should use the following cards:

Let me know what you think in the comments below.

This is very helpful for those of us who are just getting into Splinterlands. I don't play the game but it is still nice to know about the cards and what they can do. And be able to participate in the conversation.

You're very welcome! I do own one card that I am renting out on a regular basis. There are so many good opportunities on Splinterlands even if one is not into playing the game. We can earn by helping others play the game. Have a great day!😀

as I just started Splinterland your information is gold to me. Thanks

That's wonderful man. Happy to hear that 😃
Splinterlands takes a little time to learn, but after you learn the basics you'll go really fast and get to higher leagues.

Thank you for this article, I am horrible at the Life Splinter and appreciate the help.

This is my question: You said that it is possible to get to the BronzeII league with just the starter deck.
This puzzles me because I have 160 power points and I need 840 power points to achieve BronzeII. How do I do that without purchasing cards?

I did almost get enough Rating Points to make BronzeII (for a little while lol). You are correct, about gameplay with the starter deck.

Oh sorry about that! Thanks for pointing that out. I will correct shortly. I use @peakmonsters Auto Rentals to get the level of Collection Power I need to get to the League I want.

It's become such a normal thing for me now that I just give it for granted.

Again, thanks for pointing that out. I will correct shortly. 👊🙂