@dedoverde 46
about 2 months ago
STEMGeeks

you guys won believe it!

I just came home from 2 days fishing near a small river in Portugal,in Beira Baixa region and after setting my fishing poles in place and with the right bait for "achigan",wich is the local predator fish and so its easy to fish :)

And while my friends were fishing, I unloaded from my car the (amazing)metal/gold detector that I got from amazon, and to be honest everyone just started joking with me!!

"hahahah what do you think you are going to find! GOLD!??? hahahahah"""

And it was like an hour and a half of them making fun of me saying I wasnt going to have lunch because I wasnt catching nothing with "that"....

trying to ignore them, I was always suprised and amazed when the machine "beeped" at some kind of metal, but this time it was different, it was a different "beep""beep" :)
I was sure it was just some Bigger piece of metal, I could never imagine what it would be!

So after digging like for 30cm not more, i found a piece of soil wich was harder to break like a ball like piece of dirt,I broke it to pieces to see what sort of metal or what was inside, so after a quick wash this is what i found!! (I still cant believe it :) ) 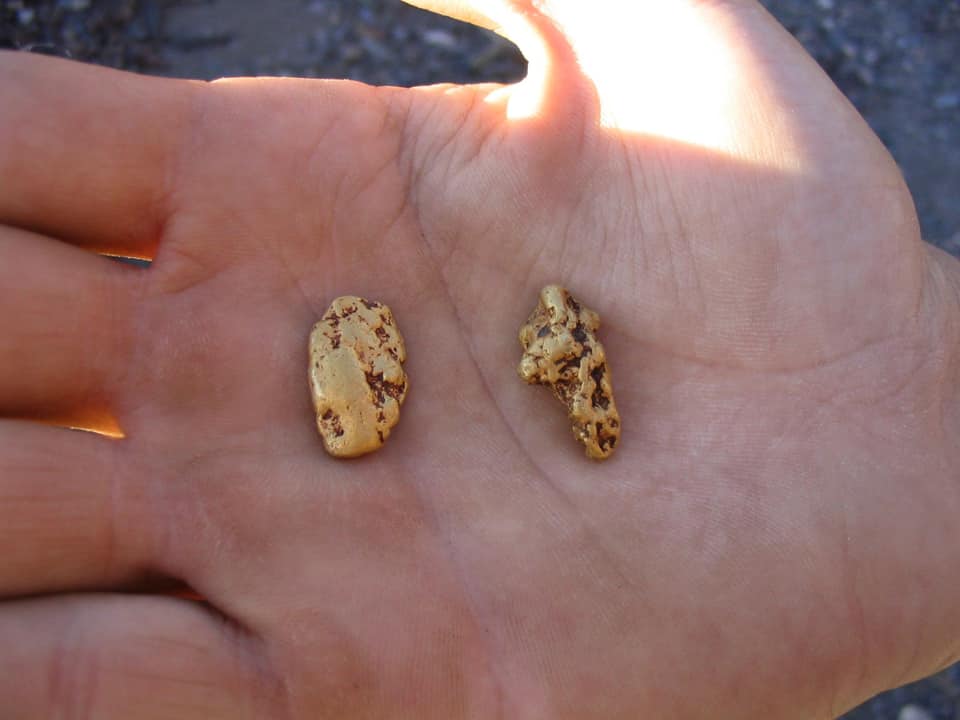 The two pices were just one piece but had only one little link between them, so beeing real gold, i just broke it with my own hands, its not hard like steel, thats what I mean :)

Right now i need to find some scales and weigh it :) will probably sell just the bigger nugget and keep the small one as a memory :)

I just have to say never give up your dreams :) one day YOU will do it :)

Please read the posting guidelines for the We Are Alive Tribe, with the #alive tag.

This is our official guide, We Are Alive Tribe - The Guide

@dedoverde! You Are Alive so I just staked 0.1 $ALIVE to your account on behalf of @elricmoonslayer. (1/10)

How much do you think they are worth?

Your support for our proposal has been much appreciated but it will end in a few days!
Do you mind renewing your vote to our proposal for 2022 so our team can continue its work!
You can do it on Peakd, ecency, Hive.blog or using HiveSigner.
https://peakd.com/me/proposals/199

We wish you a Merry Christmas and a Happy New Year!