Money Talks: Early Lessons About Money and Investing — The Promise of Passive Income

@denmarkguy 76
over 1 year ago
LeoFinance

As I have alluded to on past occasions, my dad ”inducted” me into the world of money and investing at an early age.

We went to the local bank and opened a ”savings account for kids” when I was just nine years old and I clearly remember the promotional bank in the shape of a penguin with a red scarf that I was given. 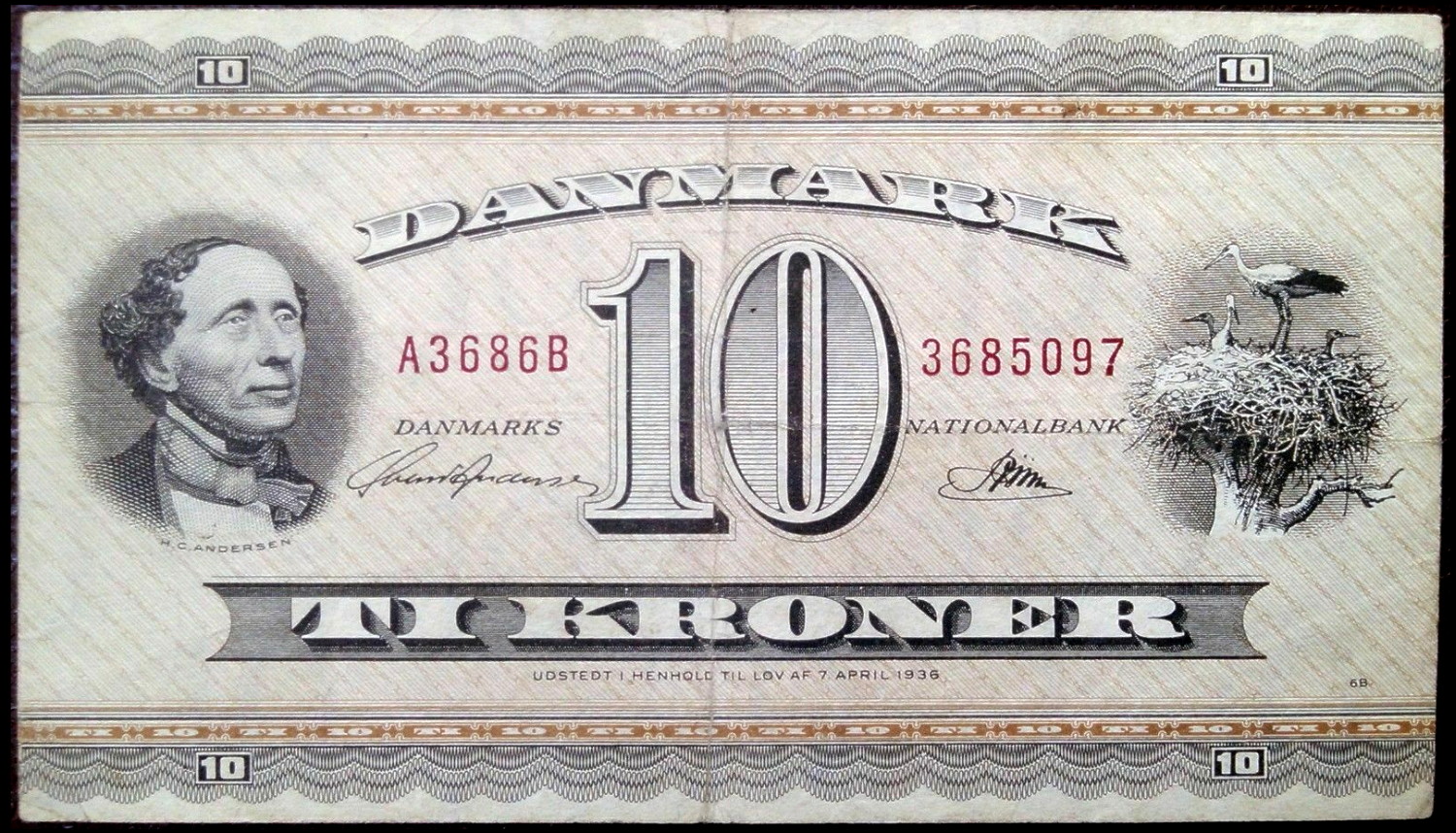 Danish bank note like the ones in use during my childhood (personal collection)....

Now, I’m not really interested in embarking on a long treatise about the evils of fiat currency and banks… the point of my writing these words here is that my father’s angle was ultimately to teach me about the value of passive income.

The cool thing with the penguin bank and persuading me to save my lawnmowing and snow shoveling money was to teach me the importance of yields on investments, which basically — as seen through the eyes of a 9-10 year old — amounted to ”money you GET, but you don’t have to WORK for.” 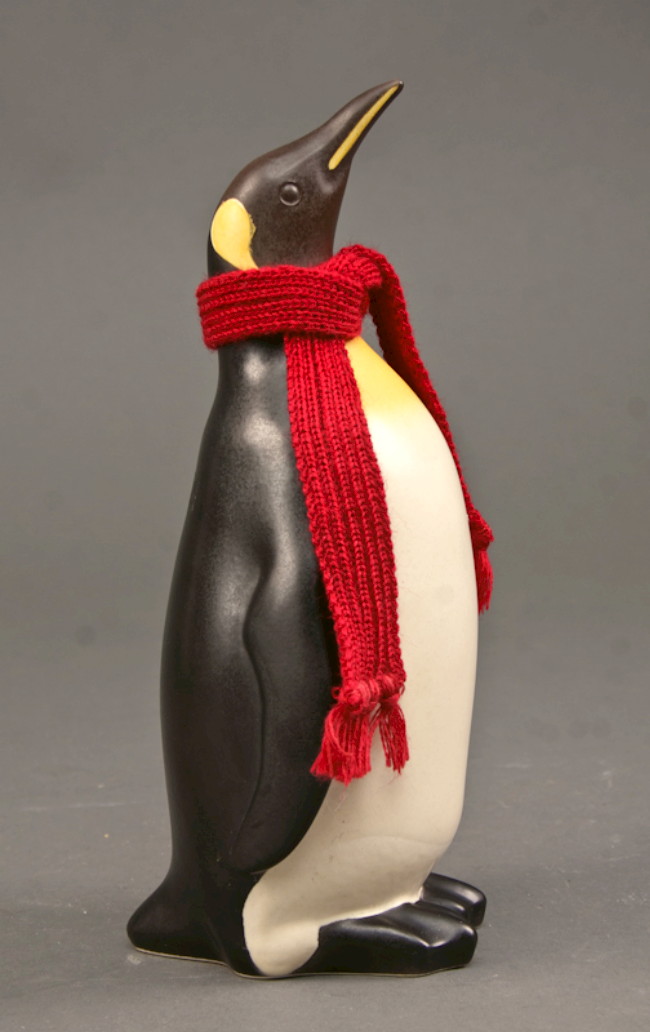 Penguin bank similar to the one I had as a kid. Image Source: https://www.lauritz.com/da/auktion/pondus-spareboesse/i2637100/

As I have wandered through life, it has always surprised me just how few see money as something you can actually use to generate income. Pretty much to a fault it seems like the world perceives money as something you have and spend. Of it they do invest it, the purpose isn’t to earn an income stream, but to gain something through capital appreciation.

Here in the USA, we go a little overboard with that, going so far as to strongly identify property as our investments rather than as our homes.

Now, don’t get me wrong — there’s nothing wrong with capital appreciation, but investing for current income definitely has its place in the investing world, and I suspect it’s a place that will grow in importance as technology takes over more and more jobs and people’s current incomes will have to come from somewhere.

I suppose it’s easy to make the argument that you can just ”sell assets” if you need money… but that’s part of what becomes tricky. If you are relying on asset sales to get income, you could find yourself needing grocery money when your investments happen to be in the middle of a 30% market dip. Not very convenient, is it?

Conversely, you could find yourself having to sell a promising asset the week before it triples in value, leaving you with a huge "opportunity loss."

The Age of Crypto and DeFi

Anyway, what brought back these memories of my early ”investing” days was our own CUB DeFi which essentially is another version of the promise of passive income, in the form of these ”farms” and ”dens” that pay a yield to investors, rather than just delivering the hope of capital appreciation. 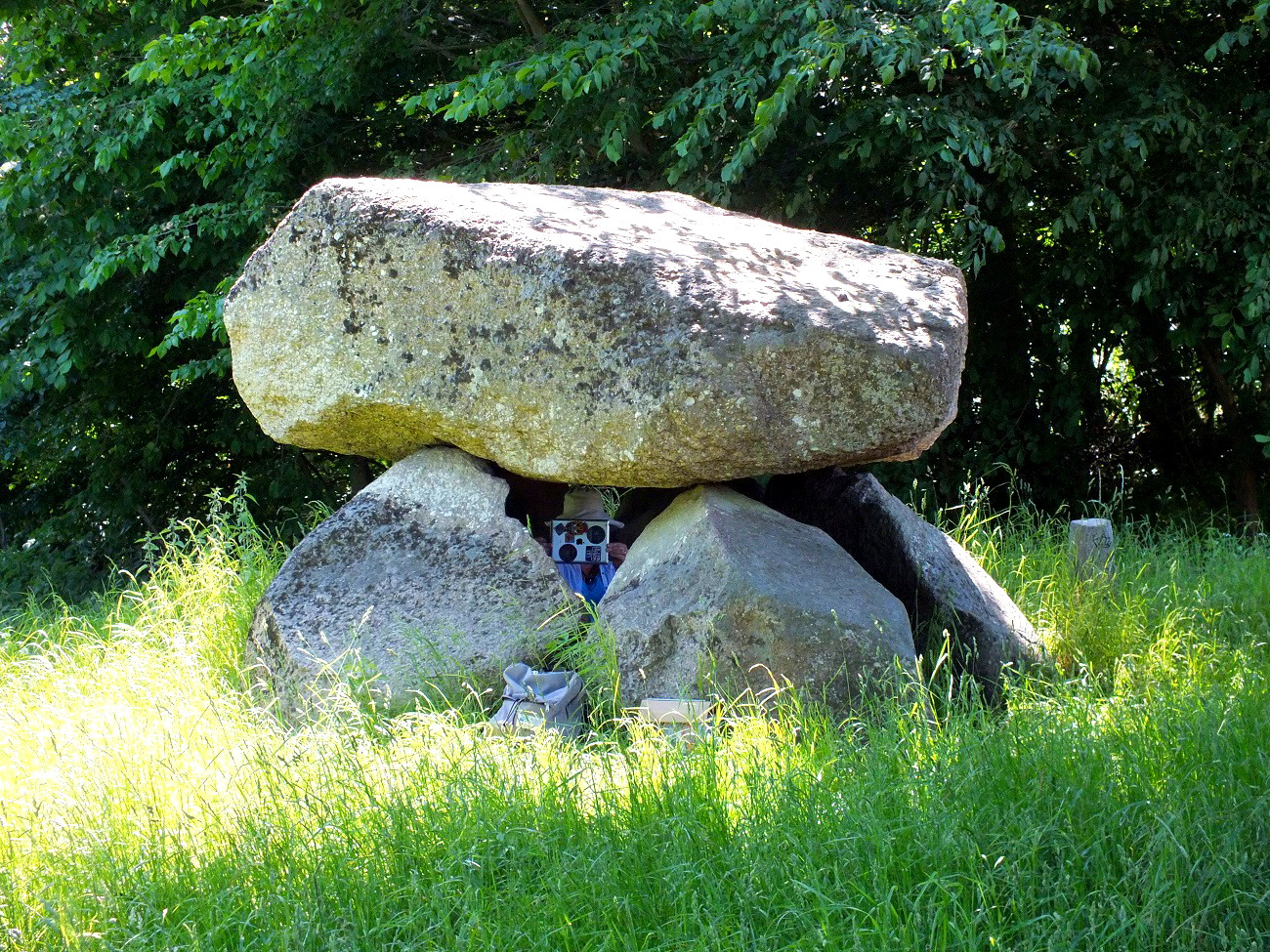 I think what has always made passive income so appealing to me is that you get something in your hand, but you get it without having to sell the underlying asset.

Whereas my stake in CUB DeFi is quite modest — to say the least — the fact that I can watch that income stream happen in real time... and maybe end up with a $4-5 (equivalent) at the end of each day is strangely comforting. I can then choose to either "reinvest" and keep building, or take it out because I need the money... but the principal is still there!

Yes, the current yields might be utterly unsustainable, but there’s still something very hopeful about the potential of creating a passive income stream. 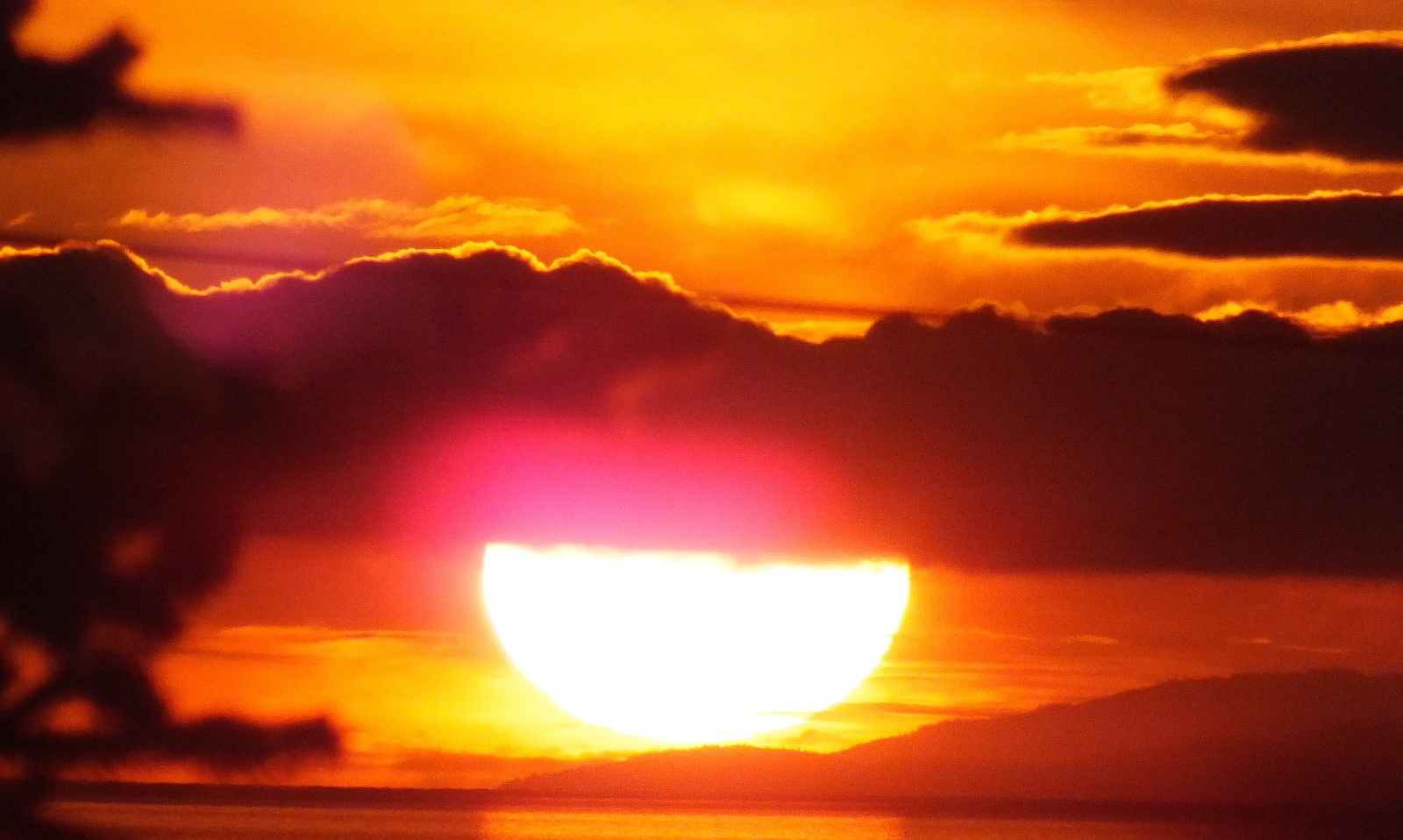 Much of the world "dreams about" that big score where you suddenly have a million dollars or some other huge sum. We tend to be very oriented towards large numbers but that can be less than ideal.

The truth of most people's lives is that they run on cash flow not on large chunks of money.

Where as the millions might sound exciting or glamorous, if offered the choice between a million — free and clear — or $200 a day for the rest of my life... I'd take the $200 every time!

Very few people actually need $1,000,000 but most of us need to keep up with our bills, our food, our rent, our insurance and so forth.

Maybe I'm just "boring" because many of my "dreams" are very functional rather than wild flights of fancy! 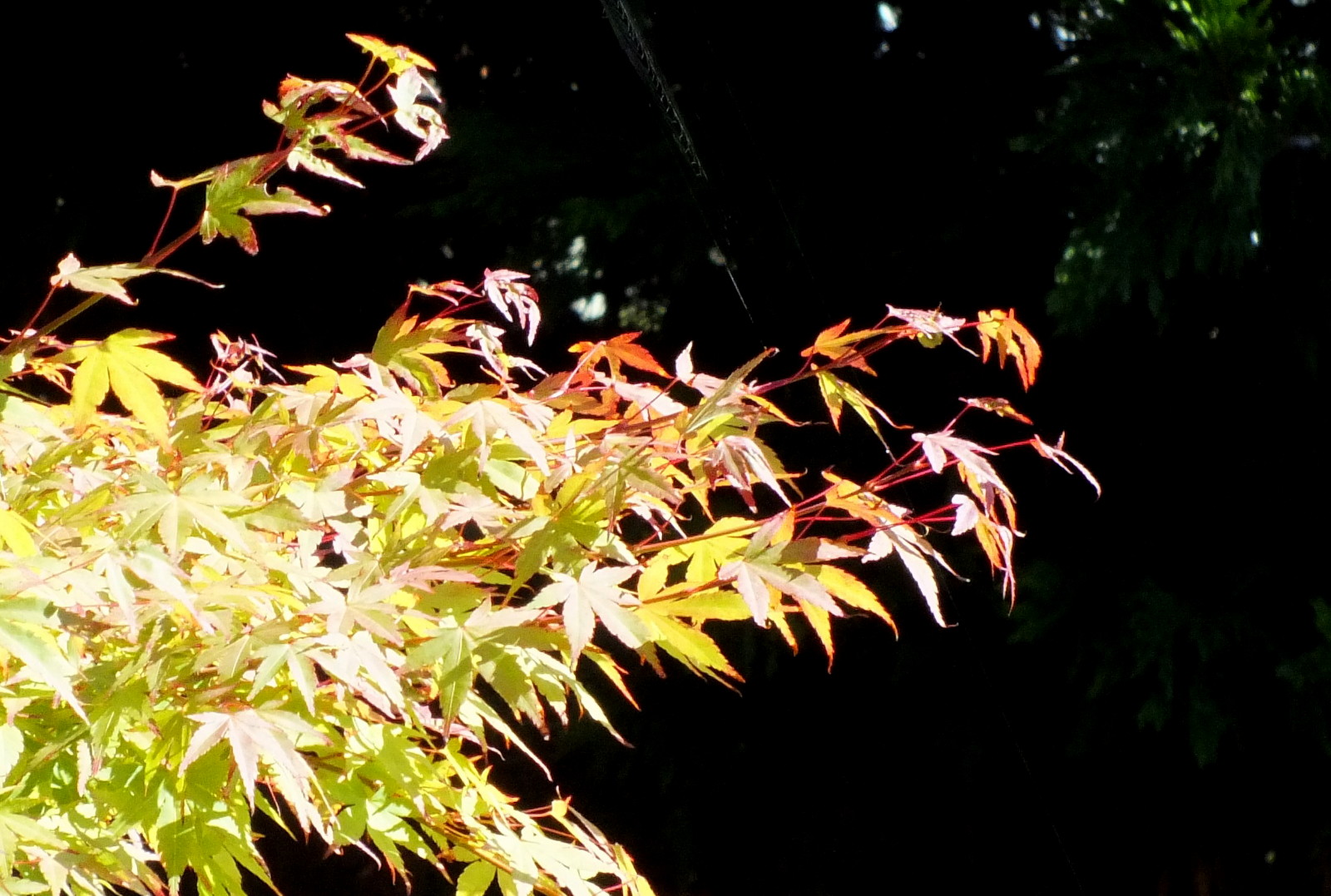 The Value of Starting Small, and Starting NOW!

What is also very attractive about the opportunity of CUB DeFi it is the fact that — much like that long gone childhood savings account — it is possible to participate on a very small level... unlike the many ”Investment Funds” that don’t even want to talk to you unless you’re handing them a $25,000 check. The vast majority of the world doesn’t have $25,000 sitting around in ”spare change.”

I haven’t quite determined what the ”point of viability” is, yet... but I’d bet that it would not be entirely unfeasible to accumulate a week’s worth of LEO from post rewards and stake that at CUB DeFi without losing it all to transaction fees! And then you basically have a start.

And that’s the sort of ”scale” an awful lot of people in this day and age need to have any hope of starting to save and/or invest for their futures.

Over the next 25 years, the world will change in ways we cannot even imagine, and that's going to include the ways we work and the ways we create income. And my guess is that we will have to become increasingly creative in that creation process!

How about YOU? Have you ever invested for current income, rather than capital appreciation? Do you like the idea of having an income stream that doesn't require you to sell assets in order to get regular payments? Comments, feedback and other interaction is invited and welcomed! Because — after all — SOCIAL content is about interacting, right? Leave a comment — share your experiences — be part of the conversation!

Greetings bloggers and social content creators! This article was created via LeoFinance, a blogging application that's part of the Hive Social Content Experience. If you're a blogger, writer, poet, artist, vlogger, musician or other creative content wizard, come join us! Hive is a little "different" because it's not run by a "company;" it operates via the consensus of its users and your content can't be banned, censored, taken down or demonetized. And that COUNTS for something, in these uncertain times! So if you're ready for the next generation of social content where YOU retain ownership and control, come by and learn about Hive and make an account!

(As usual, all text and images by the author, unless otherwise credited. This is original content, created expressly and uniquely for this platform — NOT cross posted anywhere else!)
Created at 20210404 12:27 PDT
0233/1476

I invested in cryptocurrencies but I dont really know what to do with them. I only buy some coins and put them in my wallet. Maybe one day when the prices are "enough" I will cash them. That simple.

I consider investing at all to be a good start!

As long as you have a fairly clear sense of what that "enough" looks like and the projects you're invested in are sound, I expect you'll be fine!

That statement kind of goes against the whole idea of this post, as I understand it. If you could get $1M free and clear right now, then if you can just invest it at a 7.3% annual return you could generate $200 / day AND still have the $1M in assets.

I failed to make it clearer that what usually happens when people "suddenly" end up with $1M is that they don't invest it... instead they buy cars, boats, hookers and blow... and then wonder why they are broke again. Consider the large number of lottery winners or sports stars/celebrities who end up declaring bankruptcy a few years later... I meant to make that clearer.

You and I would both be smart enough to invest the money... but an awful lot of people aren't.