@devpress 63
about 1 month ago
Programming & Dev

Microsoft has worked with the VS Code in browser since 1 year and they have done that with their Github codespaces feature. Though that was something we all knew and we have seen many other services offering the feature in near future.

However none of us thought this feature would become something on it's own will be released for free. Yes! VS Code has now the web version which is completely free to use. You can also save your work on github or git repository from the browser itself. 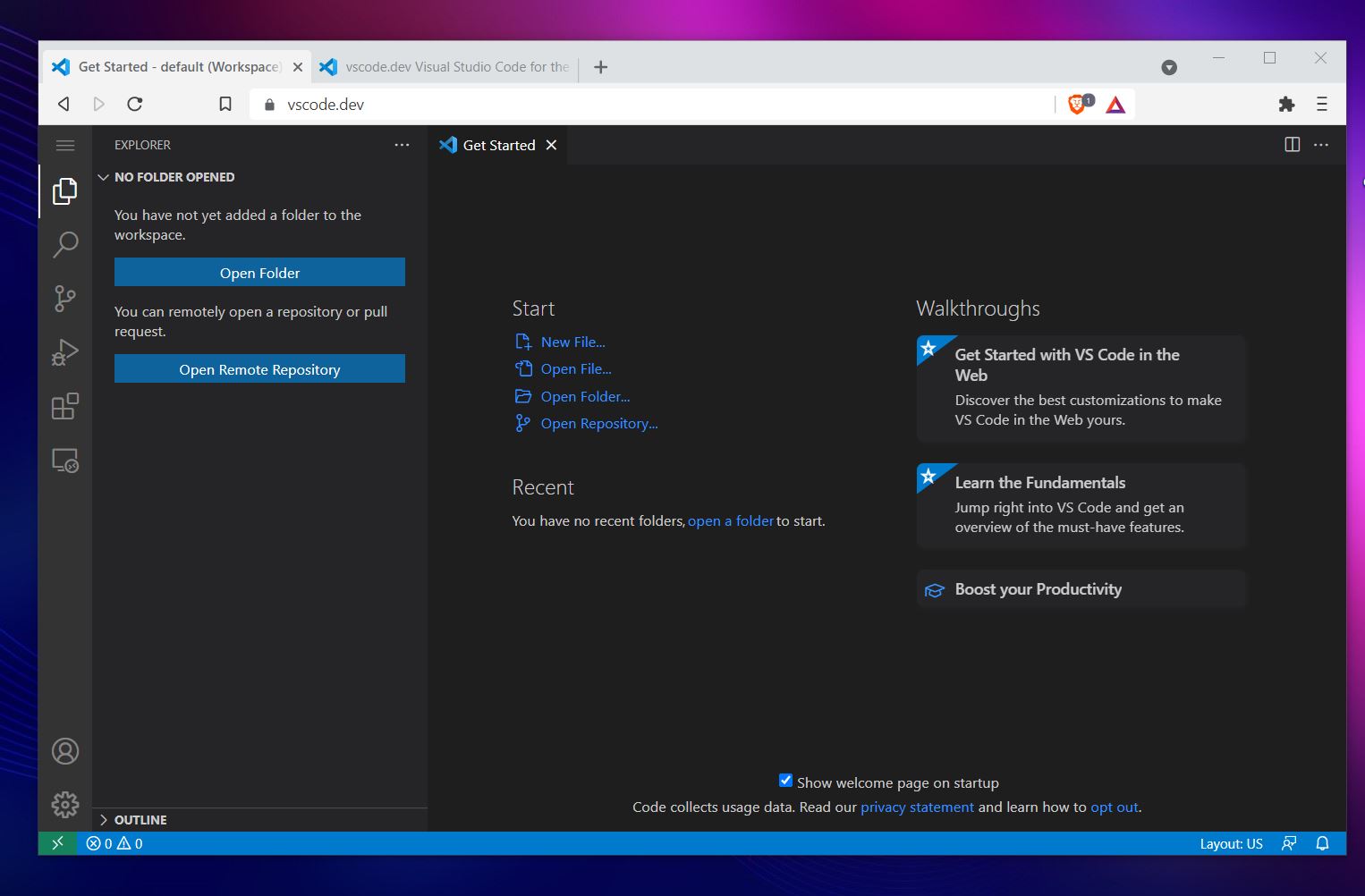 Source: My own desktop

As you can see from the image itself the VS Code is now running in one of the tab of the Brave browser. It also let's you save 1 file at a time on the desktop. I have yet to see the bug free state for the entire project support. I guess it seems to be giving warning for local saves to some people.

VS Code does have the support for the syntax highlighting and also makes it easier for it to work as it asks you to choose the language before you can enable the highlighting. It also get easier as it supports all the desktop version of the editors languages.

For those who always wanted to use something like VS Code and want to sync with their github or the bitbucket and don't want to bother saving it on the harddisk. You would find this type of the code editor much usable for your use case.

I am sure as it's current stage it is not the most polished GIT support. But in near future you can expect them to have pretty decent one if you can see them investing into it.

Service like codepen or say pastebin integrated with the Vs Code would make it easy for people to share code. And they can also get the tip and collab or guidance on where and how to fix the code. I definitely see this making a lot of work easier for newbies into coding who usually want some small fixes to their code.

There is also no collaborative editing and the streaming feature. Something like that would help many offices too. And also reduces the need for the compiler on desktop if they can support the cloud compilation. I mean there is already feature for that with codeanywhere, codesandbox etc type of services. But if they can allow it on the Azure that would simply beat the competition.

I can clearly see the open source and the coding community benefiting from this. Like think about it now a lot of code can be on cloud and not wasted sitting your desktop hard disk where a lot of bugs are not fixed.

You can check out the web based VS Code: https://vscode.dev/

For those who are into the development and want to use the editor for your quick code and the projects to store in the git. I'd say this new version on the web is pretty much a good option for near future.