IOST may be unknown to many people, it was for me as well until a couple of months ago I received an email from my Japanese crypto currency exchange stating that they would list the token.

Once I heard that, I started to research this project and decided to buy a little to keep before the listing on Coincheck.

The plan was to buy the rumor and sell the news, but once the news was out ( the coin was listed) I decided to keep the little IOST I held in anticipation that it would go up even further, eventually.

My reasoning behind this was:

Recently IOST has been surging due to announcements of announcements from its co-founders Jimmy Zhong and Terrence Wang with one recent announcement being the support of a new stable coin called HUSD. In the last 7 days IOST has surged 163% 😳. Even when BTC and most of the markets were “crashing” IOST kept on rising.

Even after the news, there was no big sell off. Something is brewing here and I’m not quite sure. If you know what it is, please state in the comments below.

My initial plan was to buy at least 100,000 IOST for the reasons stated above, but I did not stick to the plan. Instead I diversified deeper into top coins. No regrets here as I still have a little and do believe in the project.

IOST, an enterprise-grade, decentralized, and ultra-fast network oiled with the Proof-of Believability consensus algorithm, is integrating the HUSD stablecoin, according to an announcement on 13 Jan 2021. 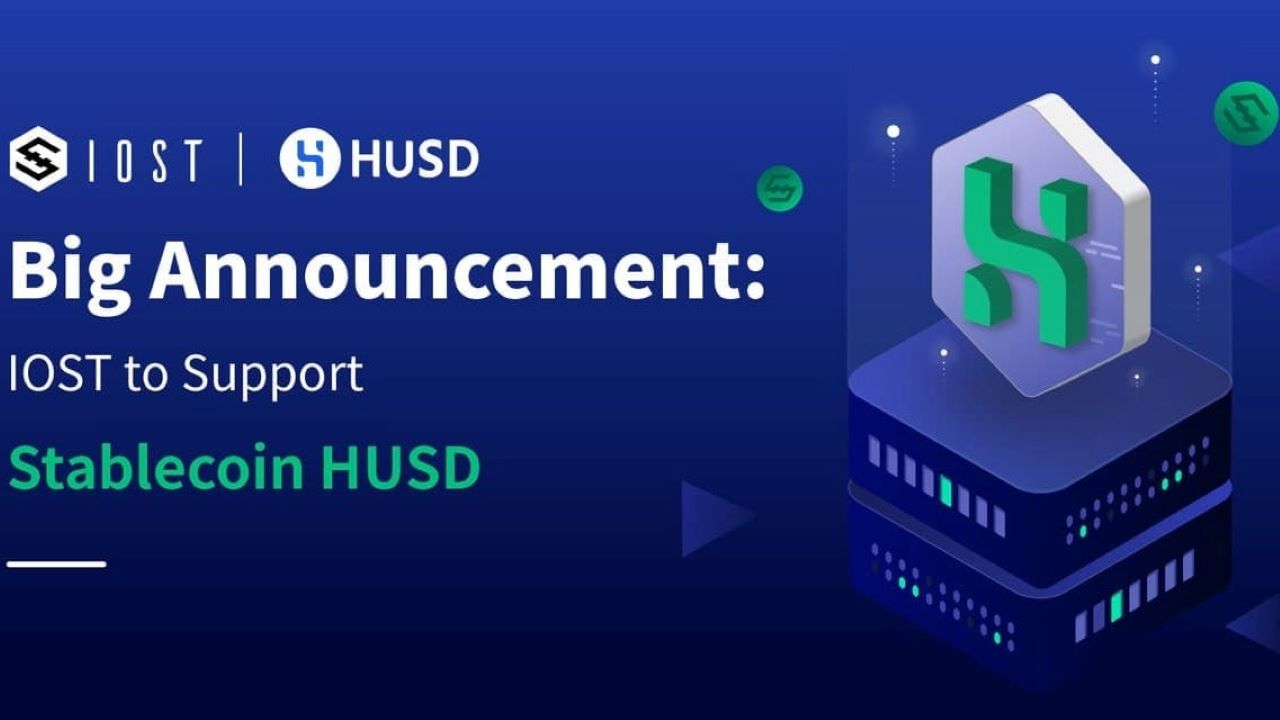 ISOT offers 0 transaction fees and is said to be one of the better Defi Blockchains out there. With smart contract capabilities and 8,000 transactions per second, IOST is highly scalable.

But it takes more than scalability to win the markets over. Maybe soon we will see some killer Defi projects from IOST that become Crypto household names. But that is not all they are focused on. They also want to be the place for DApps and NFTS. At times it can seem like IOST is all over the place but that seems to be the trend for most blockchains.

I will keep my eyes on IOST, and I am sure many eyes are on it after that 163% surge in the last few days. Time to dig deeper into this project.

What’s your thoughts on IOST?

If you remember what happened with HIVE after their Hubio promotion.....

I will take a look, Your in if the people here who I do pay attention to!
👍🏼😄👍🏼
Have a Great Friday!

I need to dive deeper myself. Something is up!
Respect man!

Yeah I've been practicing my dollar cost averaging, gonna stay disciplined this year. Stocks are too expensive here as you have to buy at least 100, so crypto it is.

Blessings man, blaze one for me.

I really appreciate the viewpoints which you could have tried to examine feasibility of your IOST investment. It sounds GREAT!!! also being an early member to hold a stake, mostly, rewards much.

Well it may not be the best way to base an investment, but in this situation it was and it paid off. Thanks for your comment man! Let’s see what IOST does next!

Based on your analysis, it does seem solid, you made a sharp move for this one, nice