Even in Prohibition, Weed is still Generating a lot of Revenue in Nigeria.

@driplord 53
7 months ago
Proof of Brain 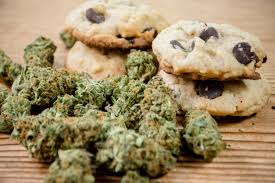 Yeah, yeah, it's no longer news in anyway that weed is illegal and we all know that it has been prohibited from being used for a very long time, as long as we could ever remember.

But that hasn't stopped it from being used, simply because the psycho active drug is just irresistible and too good to be true and that's very evident from the way people show case pictures and videos exploring the goodness of the drug and that has really generated and racked in a lot of revenues in my country (Nigeria) and I know it sure does rack in and generate a lot of revenue in other countries, but I am not gonna talk about other countries because I am not familiar with how it's been done over there, so I am just gonna talk about how it has been able to generate a lot of revenues in my country. 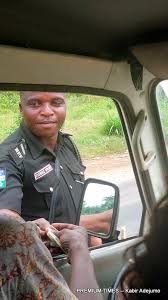 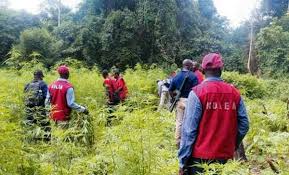 Whenever you are nabbed by the police or the national drug law enforcement agencies for possession of weed or any other hard drugs you will be charged and extorted large sums of money and that's the norm in my country, you are very unlikely to face the law when caught with possessions of the drug except if you have no money to bribe your self out from their custody.

Sometimes the sellers of this drugs pay some sort of money to the police and other drug law enforcement agencies to allow them and give them the freedom to sell their drugs freely, there is even a place called "Mammi" in a particular state that is very free to smoke and possess weed without endangering yourself and some army men are being paid weekly or monthly to safeguard the place from being nabbed by any other law enforcement agencies. There are still a lot of places that are safe areas to smoke weed because cops and other drug agencies have been bribed to let them use weed freely in those designated areas.

That's how it is mainly done here and that generates a bountiful amount of revenue to the economy simply from the sales of weed in the country.

Sometimes police go around and just start searching the pockets of random individuals in public just to see if they could find any one with weed, so they could get some bribe money and free you from facing the law and sometimes they go as far as even planting the drugs in your pocket or in your place of residence, just so they could nab you and collect some certain or whooping amount of money from their victims, ain't that crazy as shit be?🤷🏻‍♂️ Well, I bet it is.

Well, enough said, I bet it's not only in my country that this is done, I believe there are a lot of countries that also use this same technique and means to rack up some money from their victims.

But one thing about me is that I am always very cautious and safe whenever I am in possession of the drug and I can assure you that they never gonna get me, 😁😎 'cause I keep it gangstar than a motherfucker!