The First Things I'll do if I go to a Country Where Weed is Legal.🍀😁

I feel sad and down when ever I remember that a psycho active drug as magnificent as weed is illegal and banned in many countries and also in my country.

I'm tired of complaining about it so I just thought I should fantasize about the things I would do if I ever find myself in a country where weed is legal and free enough to be smoked just like Cigarettes. 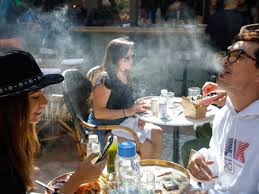 First things first, I would smoke weed in a public Restaurant while eating my food and also people watching me smoking weed while I am eating should be a pleasure of sight. 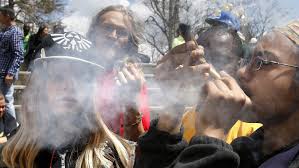 I would smoke openly on the road or in a public gathering with a large group of friends and talk and reminisce while we also laugh and enjoy the breeze freely without getting scared of being penalized or arrested by the cops. 😁 Isn't that wonderful and amazing? I bet it is! 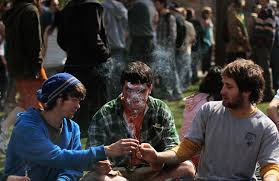 I would really love to share and pass the blunts or joints around with my guys in a designated open and public area of our choice and feel relaxed or unbothered about getting ourselves in any sort of trouble. I have some very good close friends of mine that I would love to have such a euphoric moment with. That feeling should really be phenomal. 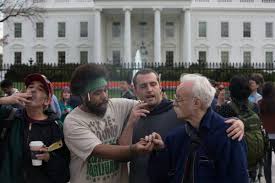 If a mass Street protest is taking place and I am part of the protesters, smoking during a street protests is going to be very enjoyable and it is something that I would like to try very much and I believe it would really spice up and fit such an occasion. 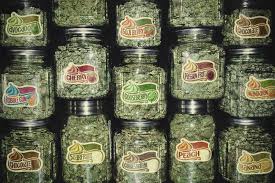 And also if I find myself in a country where smoking weed is legal, I would love to just walk into a shop where weed is being sold with their different species and types and make a selection of my choice.

I once watched a series of "Boondocks anime movie" where there were different types of weeds with their labels and it was really cool especially the place where "Grand pa" took some species of weed with their different names labeled on them and he got so high with his preferred Skywalker weed and I envision having such a scenario where I could just walk in to a shop where weed is sold pick my choice happily and go to my destination where ever and smoke it freely.

Sometimes I just wonder when weed would ever be legal just like Tobacco cigarettes.

Anytime maybe sooner rather than later?🤷🏻‍♂️

Interesting to hear all this coming from you, you know I never knew all this.

But I am so glad to know this right now.

Thanks a lot, Hivebuzz.

Glad to know you now know 😁

Dear friend, I want to tell you that most of the things you mention there, here in Uruguay, are possible. You can go out with your marijuana cigarette and light it in front of a policeman and he will not tell you anything. You can be at a rally and smoke a joint with other people of your kind. You can cultivate whatever you want although you have a limit. There are bars and places where having a beer and smoking a joint is very normal. And there are no grows where they sell a lot of weed, but if you are a member of a cannabis club I can assure you that you have the variety you want! It is really cool living here!! So think about it for your next vacation!! Hug and good smoke!!

Wowww! @mimi05, that sounds delightful to me and I must confess living in your country (Uruguay) must be very exciting and amazing based on the freedom you all get to smoke marijuana as you like.

Damn! That feeling must be mind blowing, I would really love to have a taste of that phenomenal experience.

Okay then, I am putting your country on the list of my vacation when possible.

Thanks so much @mimi05, I never knew all this up until now you just told me.

Friend I tell you that my country of residence is Uruguay but I am Argentina. I am from the border with Uruguay, and I have come for many years to vacation until they legalized consumption, possession and self-cultivation and here I am, trying to do my cannabis experiments here!!
You are welcome whenever you want!! Greetings!
Have a beautiful week!

I like the sound of that and I wish I could just disappear and appear over there.

Thanks and have a beautiful week too.