Changpeng Zhao feels the market is getting healthier 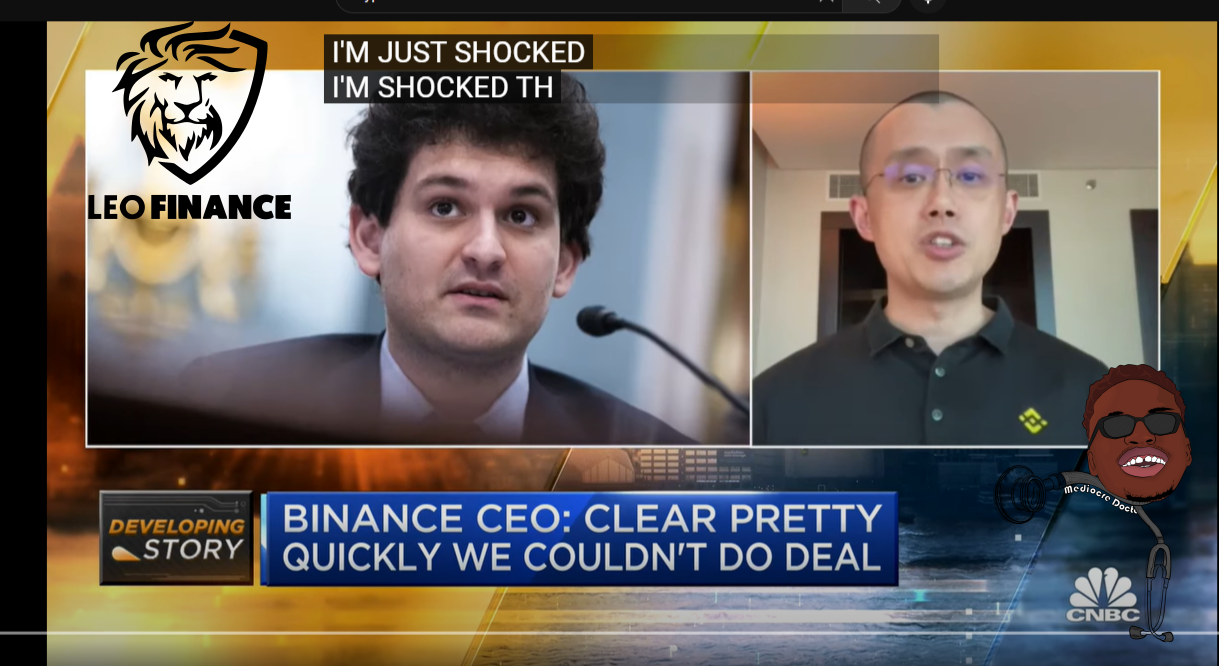 In a news interview with CNBC CZ was quizzed about his standpoint on some issues in the crypto market, starting with his friendship with Sam Bankman Fried. It turns out that the two billionaires were not as close as we thought as CZ quickly denies that they were friends saying he only got to know him a few weeks ago after this incident.

I think it is very important to dissociate himself from SBF right now because any hint of closeness between the two parties will be too much for the market to bear. We are currently suffering from the consequences of the great hit from FTX’s fall. Hive is fluctuating between $0.3 and $0.33. It is still the best time to go all in and the market is healing

He explained that this bear market will set us back some time of progress but it is healthy for us to go through this. I completely agree with these sentiments and I find that the market does get better after these incidences. I feel hard times make strong men and strong men make easy times and the cycle continues. These hard times are going to lead to innovation in the market as they did with the NFT market.

We are still heading to the point where the general public will be equally involved with the use of the blockchain. Imagine how things would be when book publishers have a genuine need to publish books on the blockchain to create an immutable contract where the sale of the book between those who are done reading the book will earn them royalty and can give book owners the chance to sell books they buy.

CZ also talked about the fact that this current market disposition is a necessary happening if we want to build a healthy market. He talks about regulation in the market using the analogy of gun control and murders still taking place in countries with controls.

SBF talked about how hard it would be to regulate the market as it currently is. This was after SBF explained that the market need this regulation. I think he is trying to destroy whatever faith people can have in the crypto market.

I still stand by the fact that the most important way to ensure there is any regulation would be for big exchanges like Binance to take charge of the process. I don’t know what it will look like exactly but I know that there are so many smaller exchanges that rely on this exchange. FTX for example, its first investor was Binance, I would like to believe that Binance can still place itself as the bigger regulating body between these smaller exchanges and the general public seeing as so far they have been the most successful.

With the government of the United States having specific jurisdiction over Binance in 44 states, and its collective success so far, I don’t think regulation will be a bad idea.

CZ believes in regulation but he does not think regulation could have prevented the FTX crash because there was a very dishonest party in the whole thing. I stand to be corrected but I feel there should be a contract that allows Binance to be involved in every company it invests in.

Because the real people who need policing are the centralized exchanges, not individuals. KYC is cool but it does not stop the real losses and the real thieves. Because what is worse is what could happen if they don’t do KYC, maybe a billionaire steals and hides his money in crypto but if they don't regulate these exchanges properly then people around the world will continue to lose and I think that is very harmful to the crypto market.

Check out the video here: