@elizabethbit 73
over 1 year ago
LeoFinance

Hey everybody! I hope your day has gone well for you!

I was digging through the stack and came upon a hefty little (not little, really) beauty. This is a one troy pound, .999 fine silver round depicting the Golden Anniversary Mount Rushmore National Memorial, 1991. For those history buffs, Mount Rushmore National Memorial, is a massive sculpture located in the Black Hills region of South Dakota. It was completed in 1941. At approximately 60 feet in height, it is a sculpture depicting the faces of US presidents George Washington, Thomas Jefferson, Theodore Roosevelt and Abraham Lincoln The project was begun on October 4, 1927 and finished on October 31, 1941 - just a little over 14 years to complete! I can’t even imagine the process!

As you can see from the picture above, the obverse shows the word “Liberty” which is above the depiction of the Mount Rushmore, with the year 1991 stamped below the faces. To the left and just below are the words, “Golden Anniversary” and just below that, “Mount Rushmore National Memorial” . A leafy vine borders the bottom coming together with a banner in the center with the words “In God We Trust”. 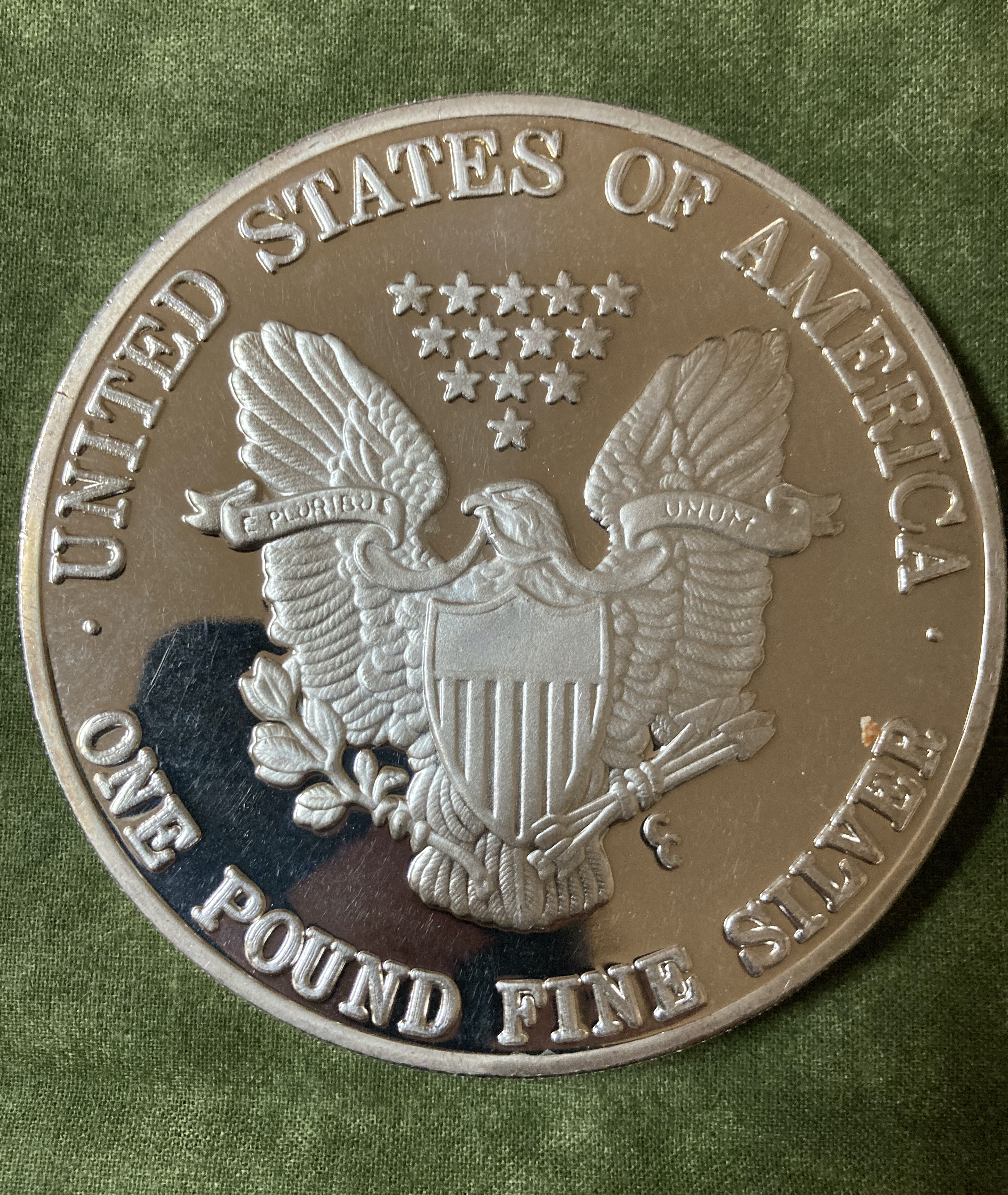 On the reverse of the round, the top is bordered with “United States of America” followed by “One Pound Fine Silver”. The Great Seal of the United States with 13 stars for the original colonies. On each wing of the eagle are the words “ E PLURIBUS UNUM” - meaning “Out of many, one”. 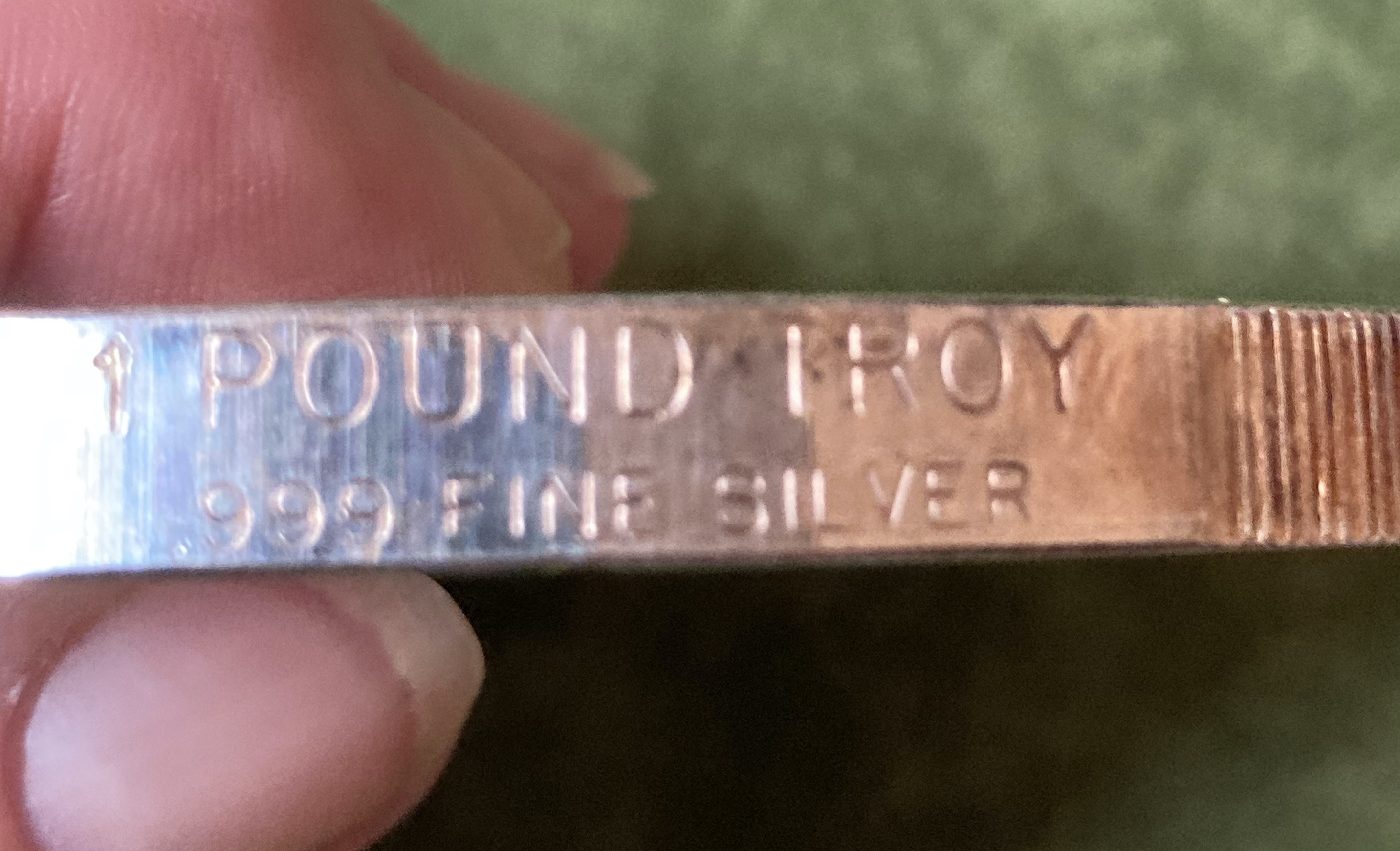 The side of the round is serrated with two exceptions; one being the “1 Pound Troy , .999 Fine Silver”. 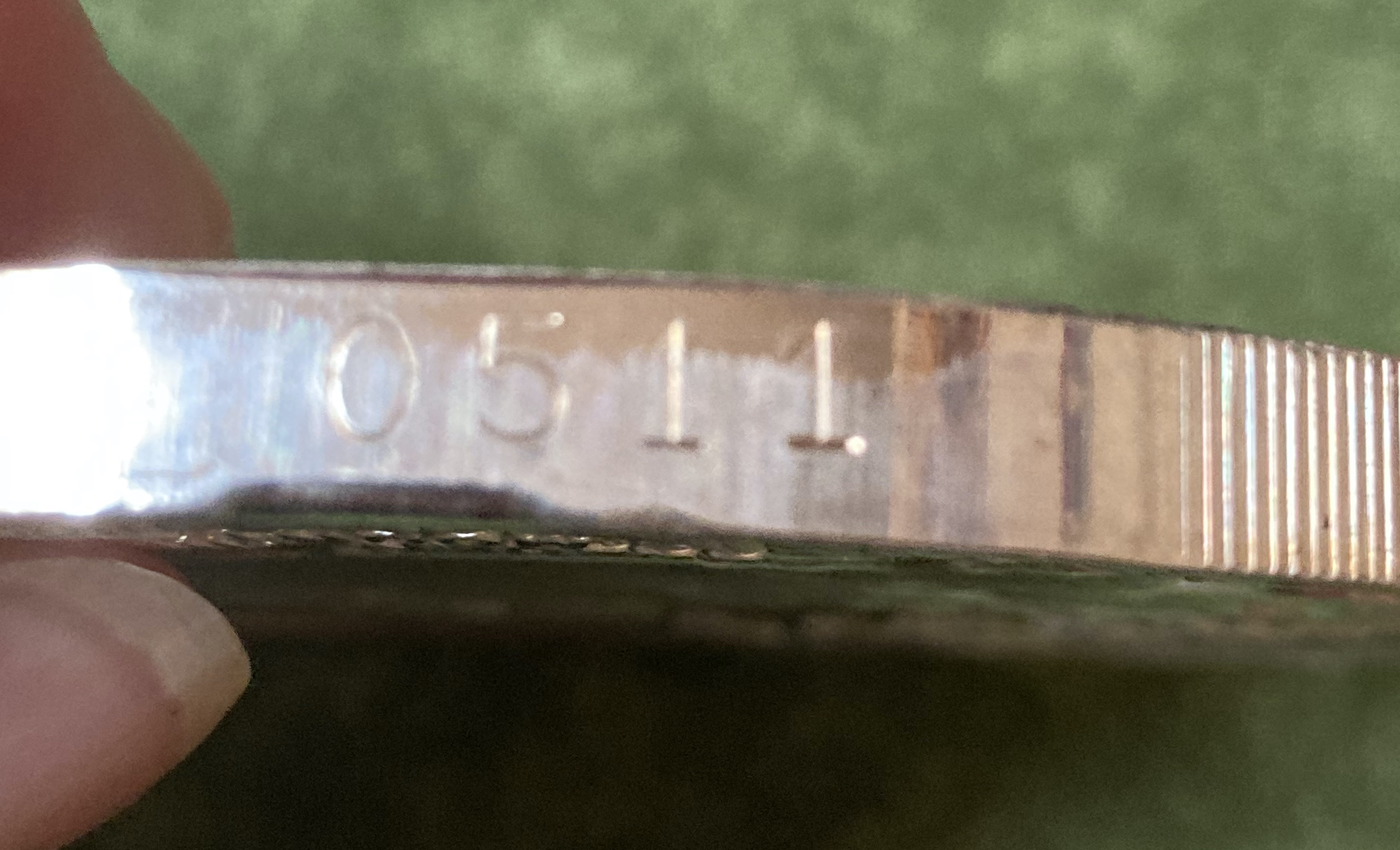 The other exception is the number 511. I have not been able to locate information on how many of these were minted. If anyone knows, please leave a comment.

The final weigh in is……… 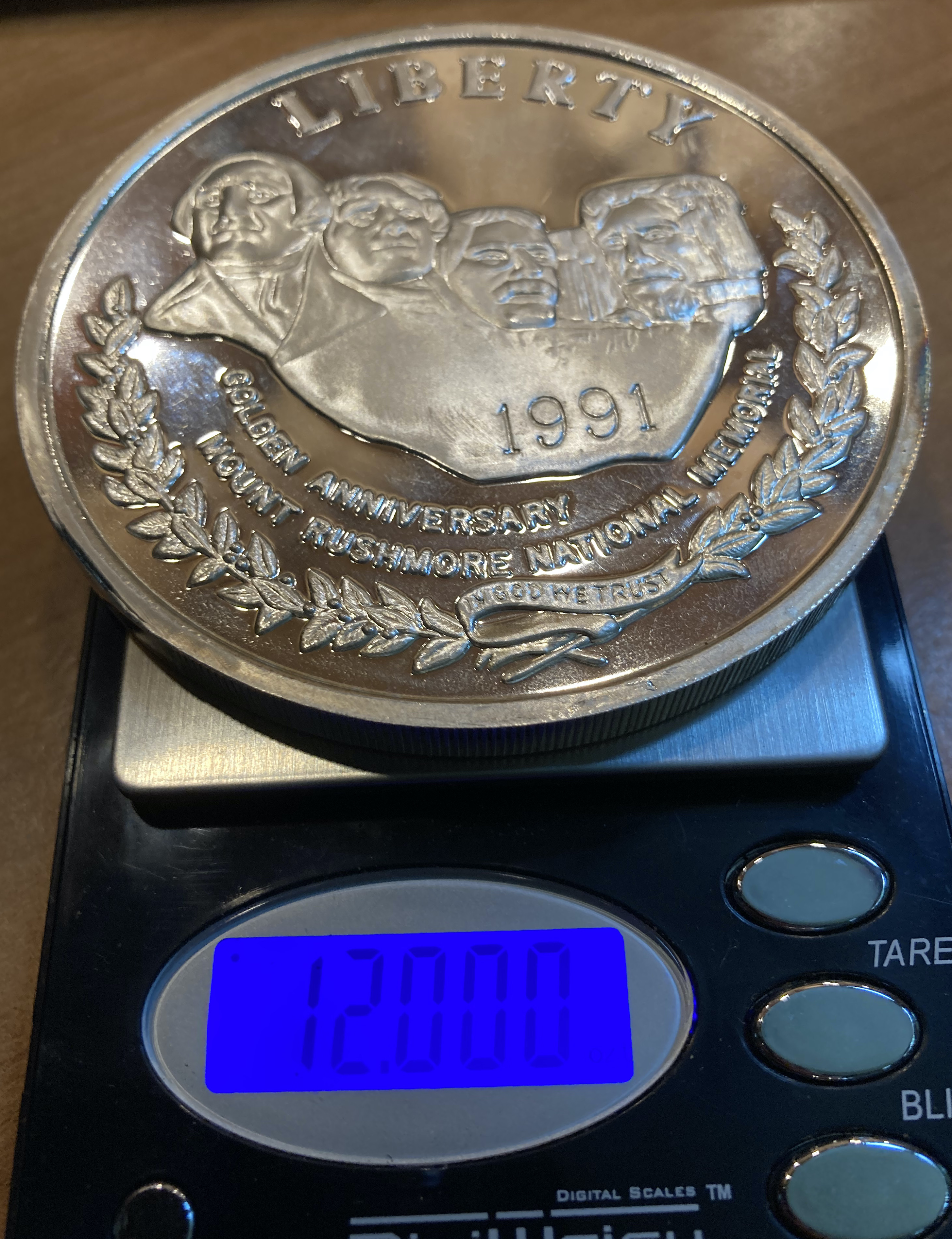 Rest assured, I weighed both sides and they are the same., lol! (Some of you may know why I say this-inside joke!)

I hope you’ve enjoyed this hefty chunk of shiny! Take care and have a wonderful day, oh, and don’t forget to leave any comments below! 😎😁👍 Congratulations @elizabethbit! You have completed the following achievement on the Hive blockchain and have been rewarded with new badge(s) :

I kind of doubt is, but who could pick it up anyway if it did, lol? It is a troy pound, after all! I imagine the one ounce version probably did. Take care my sister, and have a wonderful day!💜🌻🤗

A Troy pound!? #teamlift :D
I took the kids to Yellowstone a few years back and almost continued on to Mt Rushmore but it would have made the trip home a little too much so we didn't go. I'll get out there some day though. Wonder if they have any of these rounds tossed about on the trail around the monument?
Take care EB, hope all is well.

Funny story. I've been to Rushmore twice but never to Yellowstone.

That is funny, wtf did you do at Rushmore the second time? I mean, is it that good?

I went there for my birthday 4 years ago and thenI went up there last year for work.. I had to go again since I was already in town.

Hey @summertooth! I kind of doubt they'd leave that kind of shiny on the trail, lol! I've never been there either; may never get there as we don't get out much! Ironically, the other day, I found 26 cents of stupid money on the trail. You can't buy nothing with it, but if the quarter was silver........

We are good; miss chatting on Saturdays.......it's not the same without you and it apparently hasn't been at all without you, lol! Life happens! Take care and have a wonderful week! EB

Stupid money, haaahahahah, I love it!

Wow. 14 years is fast for the US government. Hell it took almost 150 years before they gave women the right to vote.

I troy pound! I seldom come across those on rounds!
Ten oz, yeah, but 1 lb!

It is pretty cool and pretty hefty! Thanks for commenting, sis! Hugs and kisses🤗😘💖🌸