In the early days of the formation of Akwa Ibom State, the Ekpo culture was the most beautiful of all the cultures, known for promoting peace and order in the land. 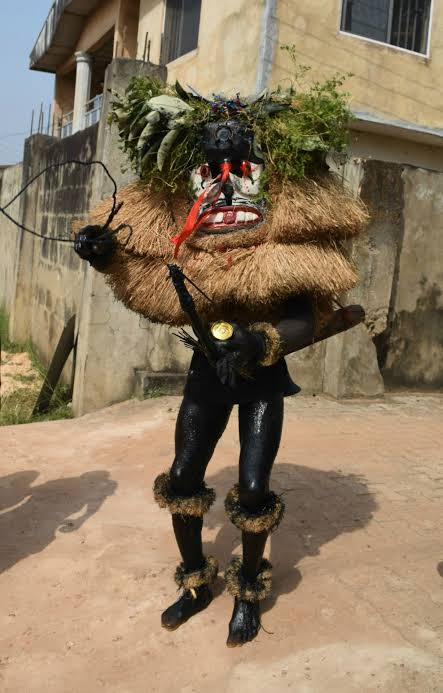 Their interest in Christianity was simply the most amazing feature they showed as they did not just mind their business but they joined forces with the then missionaries to squeeze out interest for God from Akwa Ibomite.

Although different ethnic groups have different names for it, it all means the same thing. While some call it Ekpo, others call it Ekpe, Okpo-owo or Akpo-owo, they all mean the same thing. However it is called or identified as a non-living human or a dead soul that comes to the land of the living.

Going through memory lane, it was all a wonderful and peaceful culture basically employed to foster peace and unity in the land when there are disputes.

In Akwa Ibom, Ekpo masquerades are regarded as representatives of the gods of the land by African Traditional Religion and are also referred to as spirit beings and in their famous adage about Ekpo, they say "Ekpo ado sipidit ndien owo nte ikiet ikemeke ndi wanah awang noh sipidit meaning that Ekpo (Ghost) is a spirit from the spirit world and nobody can fight for the spirit; the spirit will fight for the spirit.

The culture brought so much fun and excitement to the dwellers of Akwa Ibom both indigences and non-indigences as all enjoyed the enduring coverage of Ekpo from all adversaries.

Christianity and modern civilization did us a great deal of good when it came into existence, as we came to understand that Ekpo being spirits was just a deception and it is no longer regarded as dead souls that comes back to the land of the living. In recent times, Ekpo is now known to be a costume worn by living humans and it is regarded as an integral part of the culture and heritage of the people and in a bit to still hold the respect it held amongst the people, violence and mystics was introduced into it.

Oh! How we've lost the true savour of the Ekpo culture. 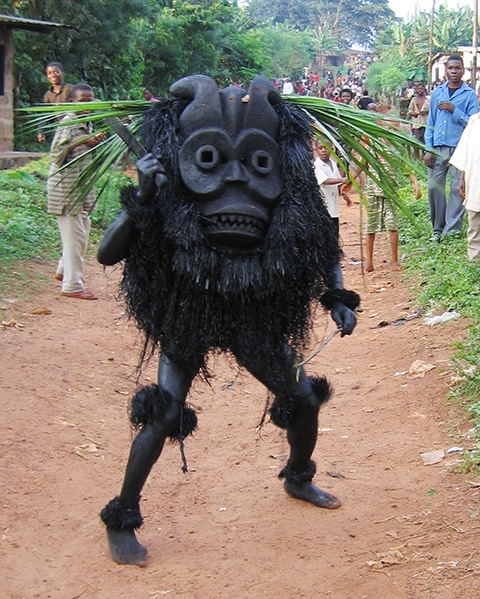 Now, the government whom through them the activities of Ekpo had great favour are now fighting them because of the menace they seem to create in the society.

Speaking of my experience while returning home from a busy day at about 9:00pm, I was rudlly intercepted by Ekpo who happened to use the same routh i used and in the process the Ekpo asked for alms and I happily responded bearing in mind that this was my culture and I had no need of being afraid and so I told the Ekpo that I didn't have any money on me and I obviously didn't cause if I did had money on my, I would have borded a tricycle and I just told the Ekpo that he should postpone the giving till when next he sees me and to my greatest surprise, he said i wasn't going no way if I didn't give me something.

Alone in that dark path with this who knows who Ekpo, with a sharp matchet in his hand, I was seriously dumb founded and not knowing what to do, all of a sudden I heard the Ekpo telling me to give him my phone or he will matchet me to piece. The rest of the story can only be history as i had to give out the phone to avoid casualties.

Marital unfaithfulness was a rare case in Akwa Ibom because a certain Ekpo called Ekpo Nkaowo would always disgrace a woman public for committing adultery with some man that is not her husband but obviously the case is the reverse now as even the Ekpo themselves even commit unlawful acts against the opposite gender just in a bit to exact that respect from women.

50 percents of the crisises in the rulals in Akwa Ibom States are traceable to misbehavior of Ekpo most especially in the festive period.